There was a scare for the Australia squad on Wednesday after David Warner made a hasty exit from their warm up game against England following a head knock.

The 35-year-old was on the boundary when Moeen Ali slogged the ball in his direction, but as it approached it became clear that the expert fielder would have to execute a stunning grab to dismiss the Englishman.

Falling backwards with the flight of the ball, Warner got a hand to it but was unable to gather cleanly. Reaching in a last ditch attempt to grab the ball, the batsman failed to brace for contact and his head snapped back and hit the turf. 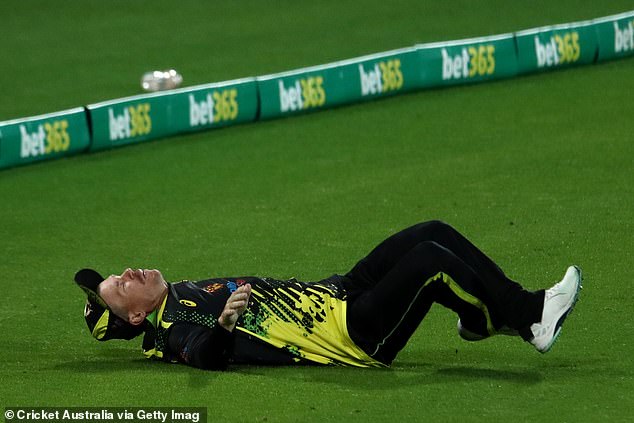 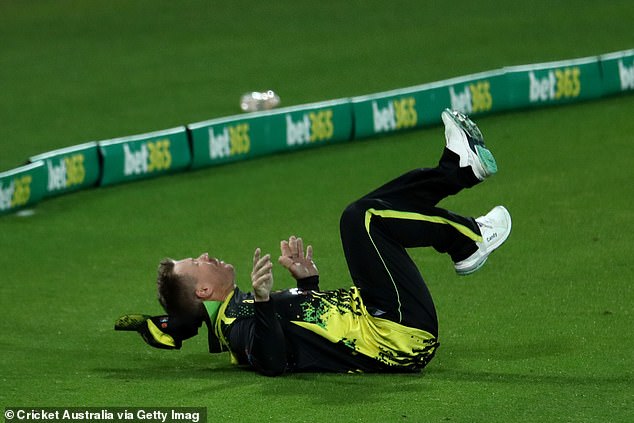 Attempting to catch a shot from Moeen Ali, the 35-year-old failed to brace for impact 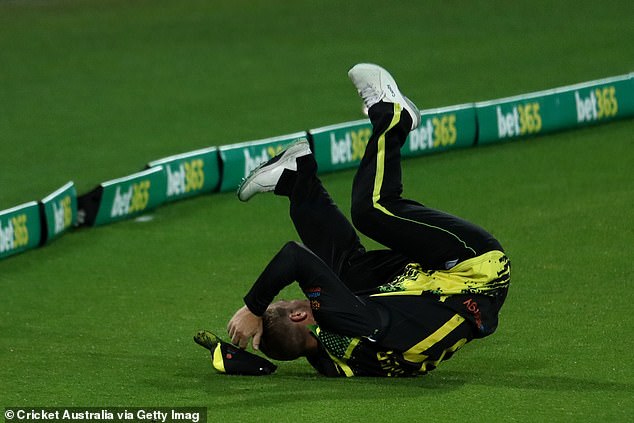 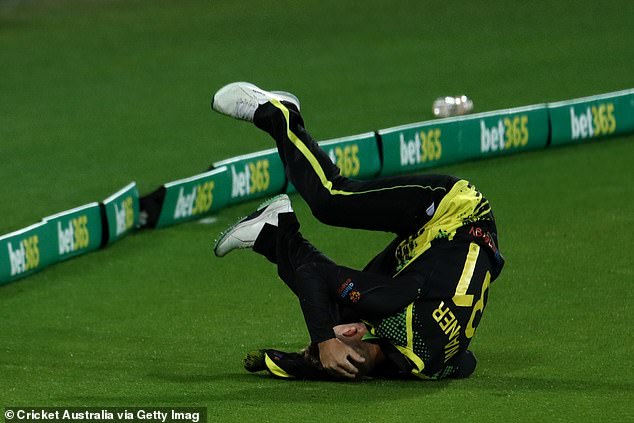 He quickly took himself off the field of play before medical assistance arrived. The former vice-captain was escorted back to the dressing rooms to undergo concussion tests.

Warner passed those tests and was cleared to continue, with Australia set to chase down England’s total in a bid to tie up the series, having lost the first game on Sunday.

Azeem Rafiq's tribunal against Yorkshire will take place on June 16

Australia has another new captain