England’s unloved one-day series in Australia came to a suitably dismal conclusion today when they lost the third game at Melbourne by a rain-adjusted 221 runs – the heaviest defeat in their history.

As England’s batsmen slumped to 142 all out in response to the Australians’ powerful 355 for five from 48 overs, the contrast with the T20 World Cup final at the same venue nine days earlier could hardly have been more telling.

Then, more than 80,000 spectators – most of them Pakistani – turned the MCG into a cauldron. Now, barely 4,000 turned up for a series that should never have been scheduled in the first place. It doesn’t even count for the ICC’s Super League. And England bowled and batted as if they knew it. 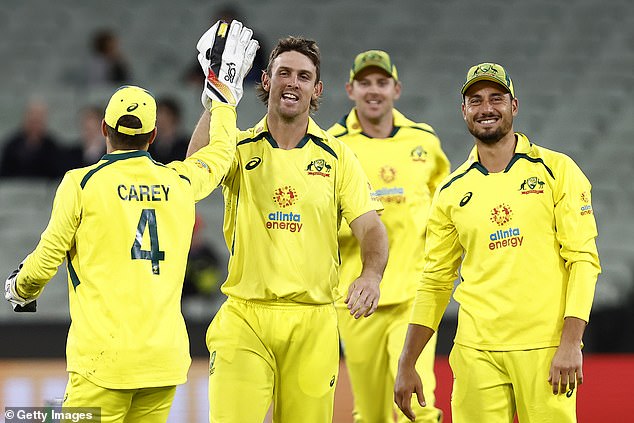 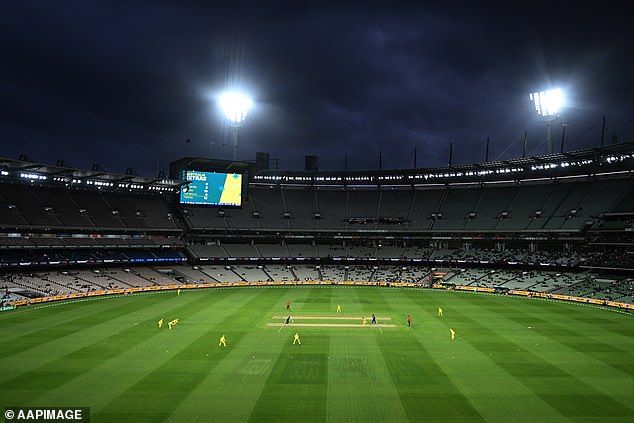 Barely 4,000 spectators went to the MCG to watch the final game of the ODI series on Tuesday

Their lack of interest was summed up by Jos Buttler, who should have spent the last week and more back home with his family, basking in the satisfaction of captaining his country to World Cup success.

Now, facing his third ball, he aimed a tired leg-side swipe at the leg-spin of Adam Zampa and spooned a simple catch to Marcus Stoinis at point. Chris Woakes was given lbw first ball to the googly, and when Moeen Ali picked out long-off in Zampa’s next over, England were 95 for seven.

The worst thing about it was that no one seemed especially fussed. Even Zampa – who had figures of three for three – appeared underwhelmed.

On a chilly, damp Melbourne night, as the half-hearted shouts of individual spectators echoed round the emptiness, it felt like international cricket at its worst. If nothing else, this series ought to prove a warning to administrators who believe fans will flock to Australia v England come what may. It turns out they’re smarter than that.

Regardless, Australia fully deserved a victory based on a punishing opening stand of 269 in 38 overs between David Warner, whose 102-ball 106 was his 19th ODI century, and Travis Head, who cracked a career-best 152 off 130. 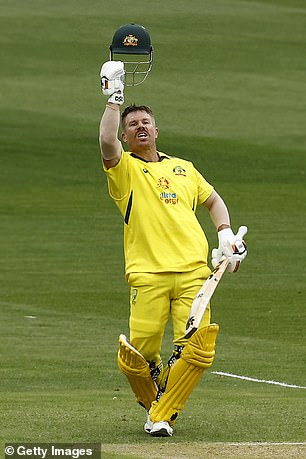 Only once before have England conceded a higher partnership: in 2006 at Headingley, Sri Lanka’s Sanath Jayasuriya and Upul Tharanga began with 286.

Warner and Head, who had begun this series by putting on 147 at Adelaide, have now added 1,106 runs as an opening pair in just 13 innings, at an average of 85. England had no answers, though it didn’t help that they bowled both sides of the wicket.

Olly Stone did remove both men in the same over, and finished with a curate’s egg analysis of four for 85, though not before Mitchell Marsh had added to England’s pain with 30 in 16 balls.

Rain lopped two overs off the innings, but that didn’t stop Australia recording their highest score against England, beating 342 for nine, also at the MCG, in 2014-15. Frankly, it was a massacre.

The England reply was a shocker, against high-class seam and swing bowling in conditions livened up by the shower.

Dawid Malan under-edged an ambitious drive on the up at Josh Hazlewood in the third over, before Jason Roy and James Vince were beaten repeatedly in a stand of 42 in 10 overs. 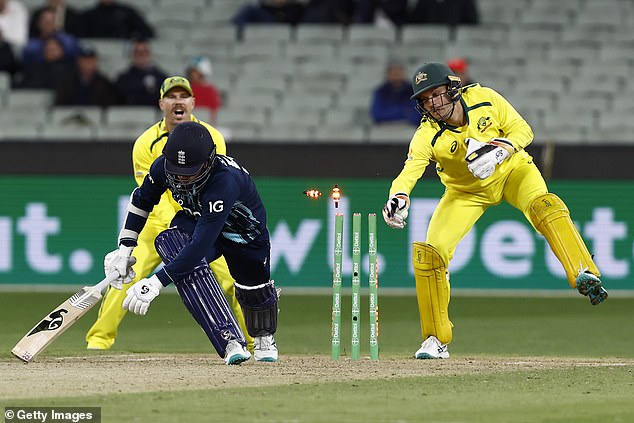 Wickets never felt far away and, when they came, they came in a flurry. Roy went too far across his stumps to Pat Cummins and was trapped lbw for 33, before Sam Billings – batting a place higher at No 4 because Phil Salt had suffered concussion in the field, and was replaced by Ali – skewed a return catch back to the same bowler.

Vince’s tortured 45-ball 22 came to an end when he top-edged Sean Abbott to fine leg, and Buttler soon followed as Zampa joined the fun.

Eventually bundled out inside 32 overs, England had suffered their worst defeat in a one-day series since India whitewashed them 5-0 in 2011-12. It was that bad. The only saving grace was that no one will remember.

Elvis “Ricky” Thurgood touched everyone, whether you knew him or not