If anyone was within their rights to think David Warner should remain forever banished from leadership positions in Australian cricket, it’s the captain of the team on the receiving end during the 2018 Newlands scandal.

But even Faf du Plessis, himself found guilty of ball tampering earlier in his career, has no desire to see Warner prevented from holding a captaincy position any longer. Had he been picked up in this year’s Big Bash League draft, du Plessis might even have found himself captaining against Warner. 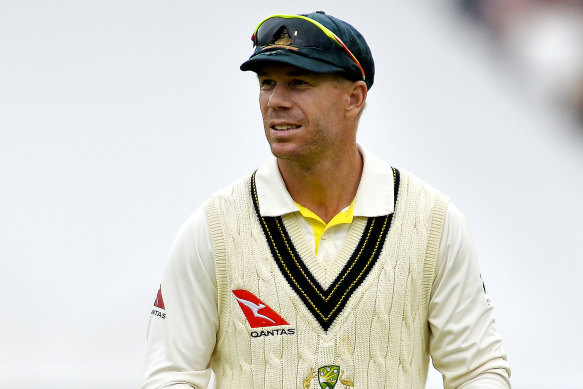 David Warner at Newlands in 2018, the scene of the third Test with big consequences.Credit:Getty Images

Moreover, du Plessis laments how the scandal and its repercussions have taken the art of reverse swing out of Test cricket because players are petrified of being similarly singled out for punishment and public admonishment.

“I never throw stones – I point the finger back at myself probably harder than I do at anyone else, and I’m no glass house,” du Plessis told The Age and The Sydney Morning Herald after the release of his autobiography, Through Fire.

“So I think Davey has certainly done his time, he’s served a very, very hard penalty that a lot of guys, myself included, doing things wrong as well, didn’t get even close to the penalty that Smith, Bancroft and Warner got.

“In terms of would he be able to be let back into do it? Yes. I’ve certainly seen him in the IPL being captain of one of the franchises there and having a successful campaign.”

When du Plessis was sanctioned for using the zipper on his trousers to try to scratch the ball during a series against Pakistan in the UAE in 2013, he said he essentially swore off touching the ball for some years after, even feeling self-conscious when it was thrown to him in the field on the way back to the bowler.

“I went through a very tough time around what happened in Dubai against Pakistan to the point where I also had to say, ‘Listen, I will never touch a cricket ball again because it’s not something I want to go through again’,” he said.

“So there was a period where the ball came to me and I was like ‘no’ and I’d just get rid of it, because you’re so aware of that. If you make a mistake, I don’t judge anyone who goes through that.”

That sense of anxiety is why teams have more or less ruled out trying to get the ball reversing at the top level, under the gaze of so many HD cameras in particular. That extends even to thinking twice about bounce throws into rough parts of a pitch square, the most commonplace technique up to 2018.

This, du Plessis believes, is a shame because he loved to take part in Test matches that could swerve dramatically on the late movement of a reversing ball. One of his revelations in the book is that the Proteas theorised that a “warm” ball, heated up by lots of vigorous polishing, would swing more if delivered rapidly after being handed back to the bowler.

“Guys before that were working the ball and there was never really a big thing about it,” he said. “But that was a line in the sand where reverse swing and ball tampering became 10 times more serious. So I also think if you’re a cricket fanatic, the art of reverse swing is almost the most interesting part of the game, because there’s a process of getting a ball ready and you can get it right or wrong.

“There were so many times on the field where we used to be like, ‘Stop putting spit on the ball, it’s making the ball not reverse!’ So there’s this process to get it right to get the ball to a point, then it becomes the skill of the bowler to be able to control a reverse swinging ball, and only certain types of bowlers get reverse swing.

“From a batting point of view it’s the hardest to bat against, because the ball swings much later and much quicker. The amount of reverse swing will get less and less because even something as basic as bouncing the ball, what every team in the world did for so long, that now becomes a rule of you can only bounce the ball in from the boundary and it’s only allowed to bounce once.” 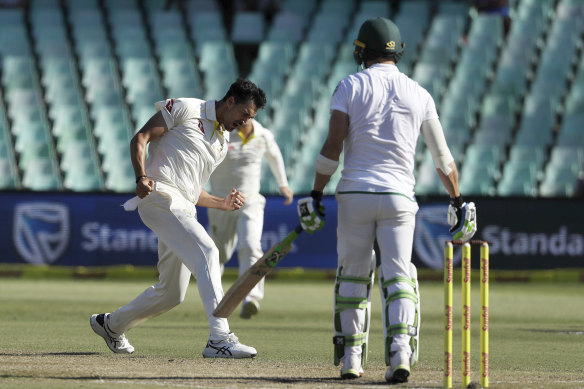 Du Plessis has outlined the way the South African side chose to “go to war” with Australian after being bullied in the first Test of that series in Durban.

He encouraged a player as mild-mannered as A.B. de Villiers to sledge while the team advised broadcaster SuperSport to look as closely as possible at what the tourists were doing with the ball. But du Plessis also said the series turned around when Hashim Amla and Dean Elgar showed they could face up to a sharply reversing ball in the second Test and keep it out.

“After that Durban Test match we went, ‘Right, these guys are very good with the reverse swinging ball, so we need to change the way we bat against it’,” he said. “The first port of call was Mitch Starc coming around the wicket and hopping it so much, and we said, ‘We can’t face up to him in a normal way here, we’ve got to change how we face up, we’ve almost got to line up to where he starts his run-up, because the ball is reversing so much.’

“Our first thing wasn’t ‘are they doing something with the ball’, it was getting prepared for the next Test match. Then the second part was let’s see if we can follow the ball in the second Test match and see what was happening.

“I love the fact reverse swing played a role in the game to the extent that it did. If there’s a rough pitch to try to get the ball to bounce into, by all means do it and try to get reverse swing.”

While still a bit surprised that he had not been picked up in the draft, du Plessis said he had been heartened by the evolution in Australian cricket culture since 2018, and hoped to be able to take part in the BBL in 2023-24.

Australia should be as nervous about the Ashes as underdogs England