Few know Thomas as well as Wiggins, and while Slovenian duo Tadej Pogacar and Primoz Roglic are the pre-race favourites, it is the Welshman’s fighting mentality that will make the difference in Wiggins’ eyes.

The duo won Olympic gold together in 2008 in the team pursuit in Beijing, while Thomas served as a domestique for Wiggins in the pair’s Team Sky days.

Since Wiggins’ retirement, Thomas has established himself as a Grand Tour contender in his own right, with his 2018 Tour de France victory the culmination of a stunning year, not dissimilar to his former teammate in 2012.

But where Wiggins never returned to the Tour, he believes Thomas can win his second, despite the fact the threat of defending champion Pogacar and compatriot Roglic who was runner-up in 2020.

Despite that pedigree, Wiggins believes that Thomas’ recent Tour de Romandie success shows that he will be able to get the better of his more fancied rivals.

“He’s a better competitor than the others. He’s got the experience, he’s wiser,” said Wiggins, who will be part of the presentation team for the Eurosport and discovery+ live coverage of the Tokyo Olympic Games. “He’s tasted success and defeat and I just think that he’s poised to win his second Tour.

“It’s his mental state, his fighting mentality. He can go to a level of deepness that I have never seen anyone do before. He is not fazed by crashes, I think his squad is going to be super strong around him. When he wants something, he’ll get it. That’s what will beat them.

“I watched him at the Tour of Romandie which is a big mid-season race, and his demeanour, his body language, everything about him, he looked in control. There’s a maturity about him this year that I’ve not seen before. He’s got kids now, he’s at a ripe age in cycling.

“He’s got over the hysteria and fame side of things from a few years ago and I feel like there’s something about to happen with him. It’s an Olympic year as well, with it being delayed, I think this will probably his defining year.”

A second Tour success would put Thomas into rarefied air. He would join Chris Froome as the only multiple British Tour champions.

Froome himself is set to return to the Tour this year, still hoping for a record-equalling fifth victory, two years removed from the crash that almost ended his career. 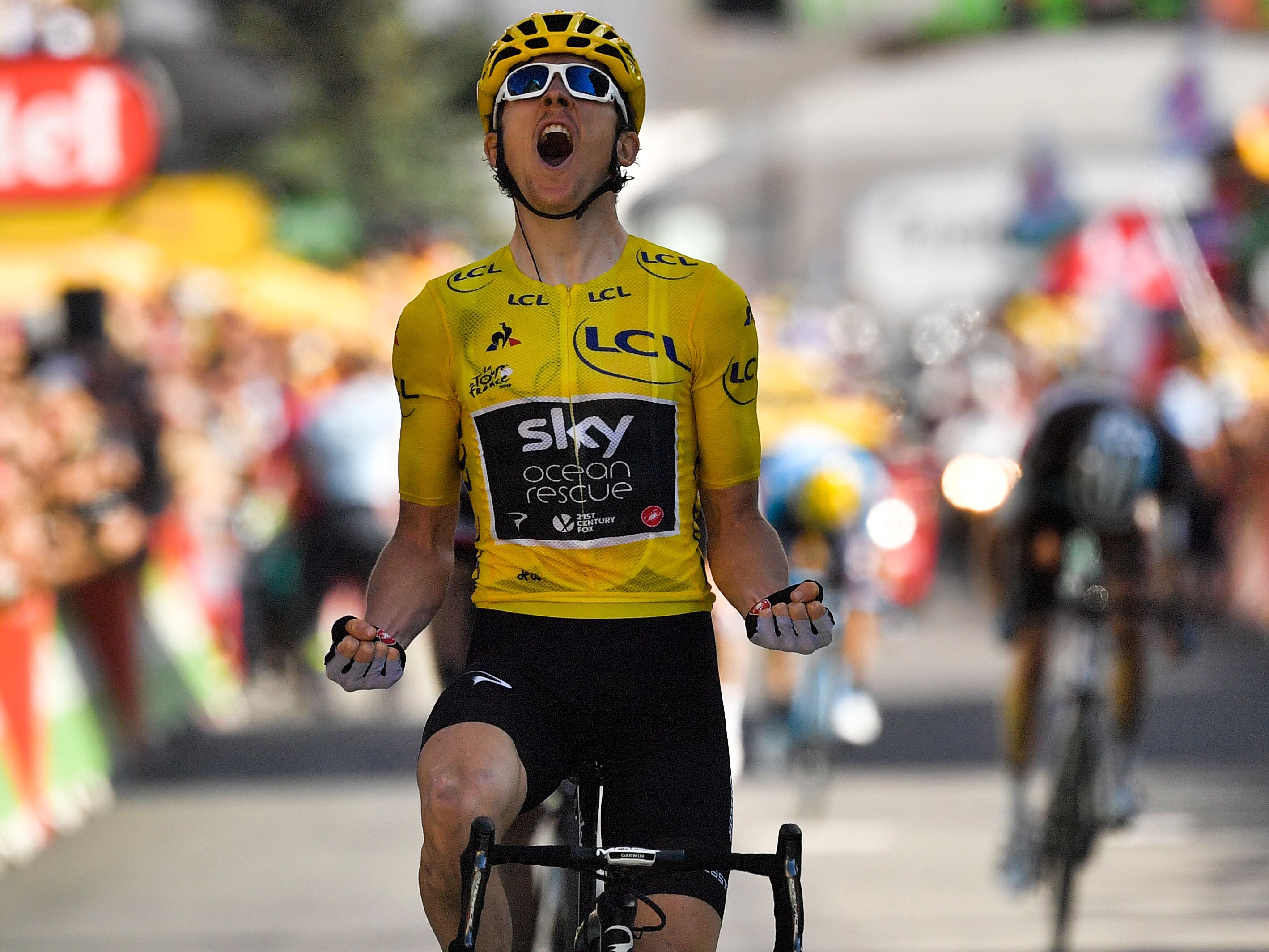 That came during the Critérium du Dauphiné, with Froome in action in the same race this week and still struggling to rediscover the form that saw him claim cycling’s biggest prize four times in five years.

Despite that, Wiggins believes the Tour de France should just be grateful to have a rider of Froome’s calibre competing, regardless of whether he can challenge for the yellow jersey.

He added: “I think the race should be honoured to have him back because he’s won the race four times. He should be celebrated, this is a guy who thought he may never ride a bike again. We have to remember where he’s come from. His presence at the Tour de France is not to be underestimated. He’s a big champion in this sport and the best Grand Tour rider of our generation and that should be feted more than it is. Whether he can or can’t do it remains to be seen, I don’t think that pressure should be on Chris.

“He’s done his best and he’s come from where he was to an amazing place. His presence should be enough at the Tour. The fact that he’s at the Tour having nearly died two years ago, being in intensive care at least, is an amazing achievement. I’d love to see him win a fifth Tour. It might be beyond him but I wouldn’t put it past him.”

With Froome now 36 and Thomas having just turned 35, Britain will soon have to look elsewhere for Grand Tour success.

Simon Yates has already claimed a Vuelta title and last month finished third in the Giro, while Tao Geoghegan Hart was a shock winner of the Giro in 2020.

And Wiggins is confident that British cycling is in a stronger place than it has ever been.

He added: “I think British cycling is in a better place right now (than in the past ten years).

“We have just had two British guys in the top ten at the Giro, the likelihood is we will have two in the top ten of the Tour, probably one in the Vuelta.

“So it’s in an incredible place, when Froome and G eventually move on and retire, I think it will be left with guys that can win Grand Tours, which is not just a generational thing, it’s inspired the next generation which is brilliant.”

ITV Racing tips from Newsboy for Fairyhouse and Kempton cards