India have locked in a Twenty20 World Cup semi-final showdown with England by crushing Zimbabwe by 71 runs in front of 82,507 fans at the MCG.

Needing to win on Sunday night to finish on top of Group 2, India made no mistake to secure their fourth victory of the tournament.

A late burst from Suryakumar Yadav powered a slow-starting India to 186-5 after captain Rohit Sharma won the toss and batted first. 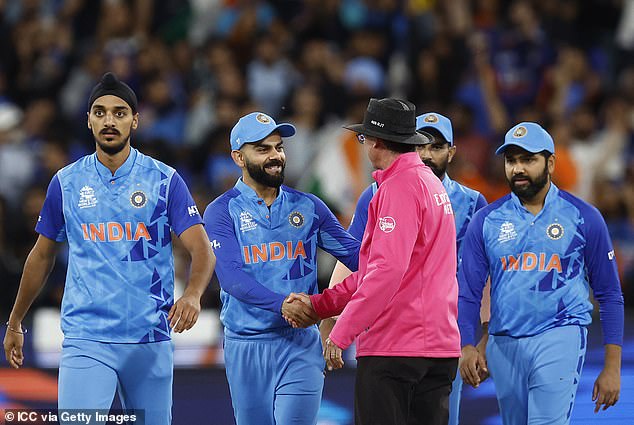 Yadav lit up the MCG with a scintillating unbeaten 61 to put India in a commanding position after they had slumped to 101-4 in the 14th over.

The classy right-hander brought up his 50 from only 23 balls before hitting an extraordinary six off the final delivery of the innings to whip the crowd into a frenzy.

Zimbabwe were no match for the cricketing powerhouse in the chase and were all-out in the 18th over for 115.

The final total became more respectable due to knocks from Ryan Burl (35) and Sikandar Raza (34) after Zimbabwe had been reduced to 2-2 and 38-5 to start their chase. 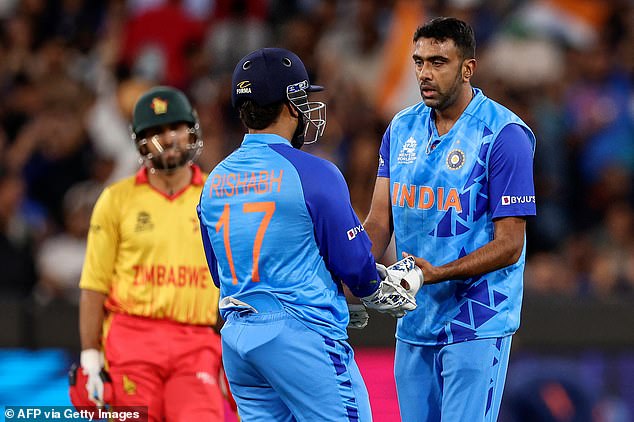 Ravi Ashwin (right) was the pick of India’s bowlers, finishing with figures of 3-22 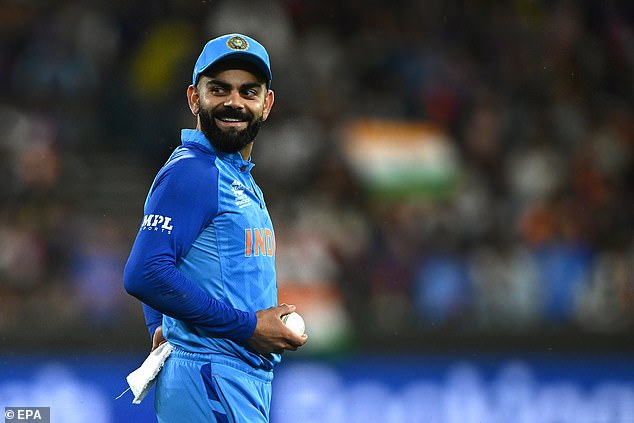 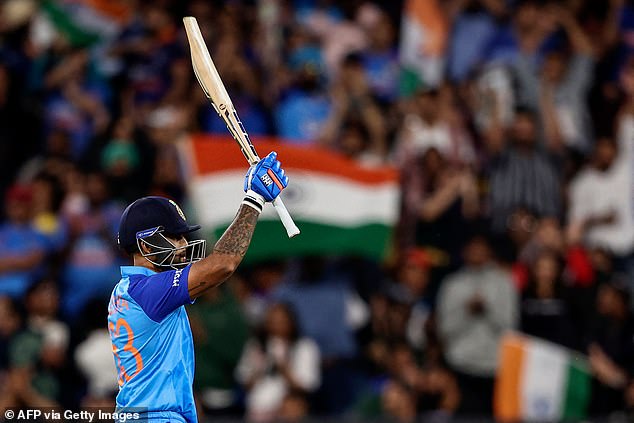 Star spinner Ravi Ashwin was the pick of India’s bowlers with 3-22.

The highlight for Zimbabwe was Burl pulling off a contender for catch of the tournament when he dived at full stretch to dismiss Indian danger man Rishabh Pant.

It was Pant’s first game of the World Cup, with India determined to give him a run before the semi-finals, but the explosive left-hander was out for just three following Burl’s heroics near the rope at the Punt Rd end of the ground. 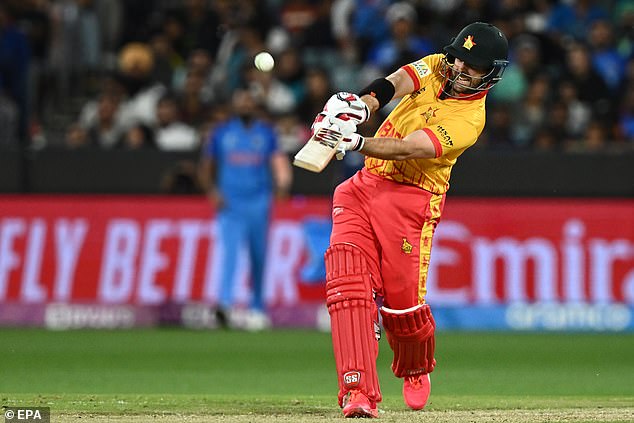 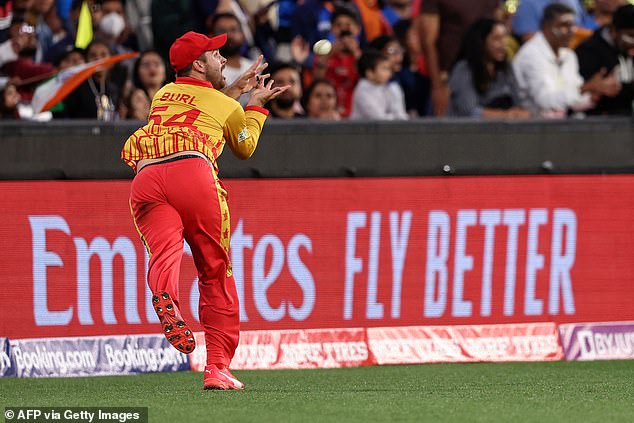 India were already guaranteed to qualify for the semi-finals but their triumph over Zimbabwe means they will host England at the Adelaide Oval on Thursday night in the second semi-final.

If they can defeat England they will return to the MCG for the final, a venue where they won twice in two weeks and have enjoyed rousing crowd support from India’s passionate fans.

New Zealand face Pakistan in the other semi-final in Adelaide on Wednesday.