The partnership formed with India in trouble at 186 for six in reply to Australia’s 369, and with no more recognised batters in the pavilion, added 123 runs – an Indian record for the seventh wicket at the Gabba.

Thakur, in his second test, got off the mark with a six and raised his maiden test half century with another six off Nathan Lyon and topped India’s scoring with a 115-ball 67. 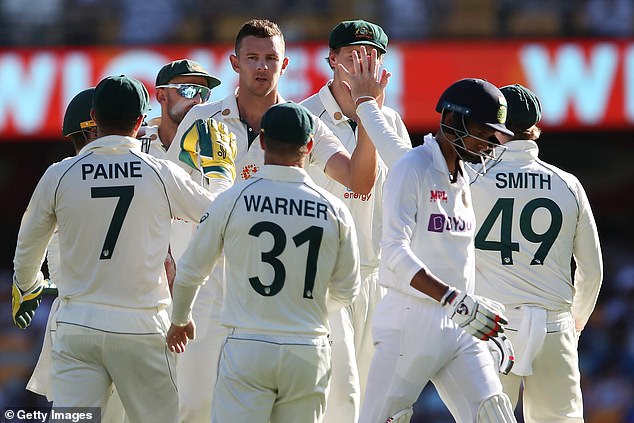 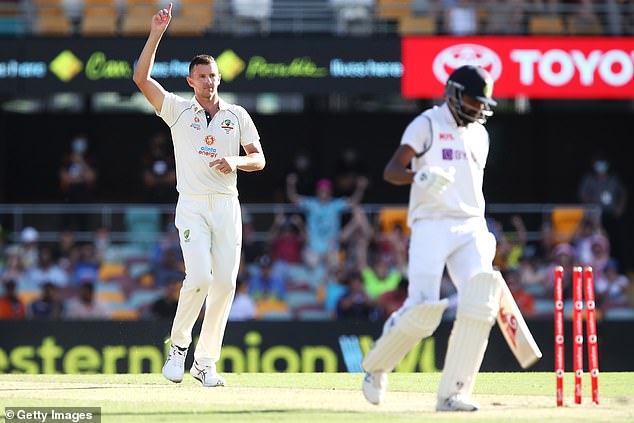 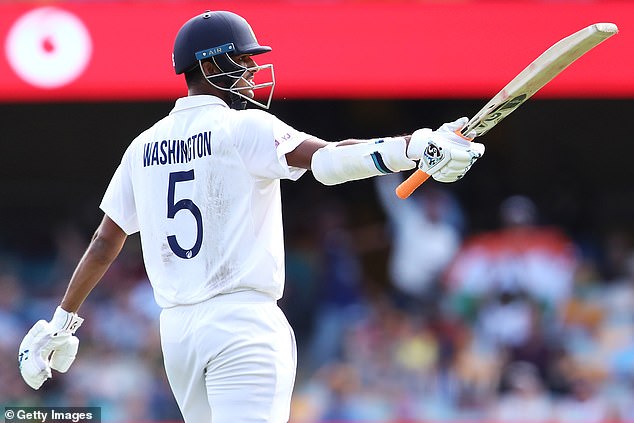 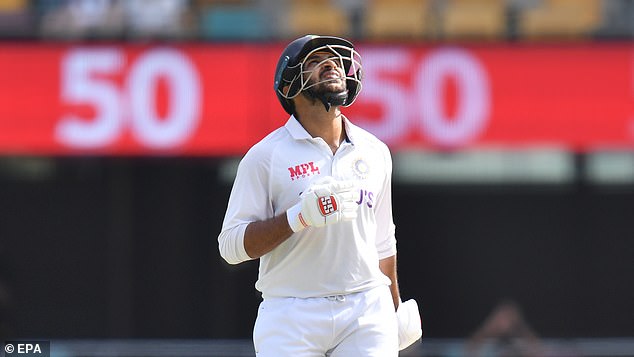 Sundar posted 62 from 144 deliveries in his debut test innings. In between the boundaries, the lower middle-order batters dodged, ducked and were hit by short balls peppered at them by the Australian fast bowlers.

The pair had been elevated to the starting line-up for the fourth test and took three wickets each over the first two days after a string of injuries to India’s bowling stocks culminated in pace spearhead Jasprit Bumrah and leading spinner Ravichandran Ashwin being ruled out of the match in Brisbane.

When Australian paceman Josh Hazlewood (5-57) completed a five-wicket haul by clean bowling a wildly-swinging Mohammed Siraj for 13, India were all out for 336 late on day three – just a 33-run first-innings deficit.

Australia reached stumps at 21 without loss, an overall lead of 54. David Warner was unbeaten on 20. 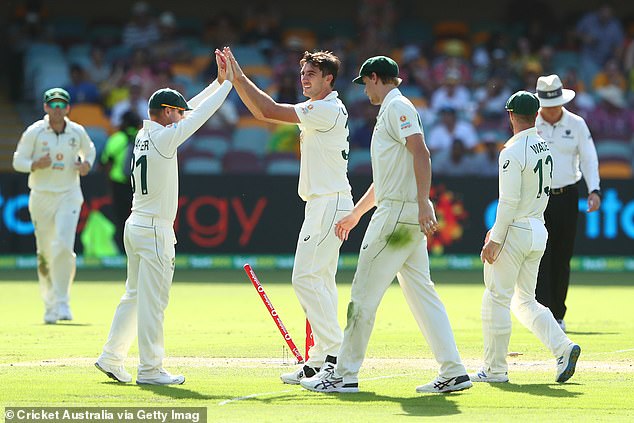 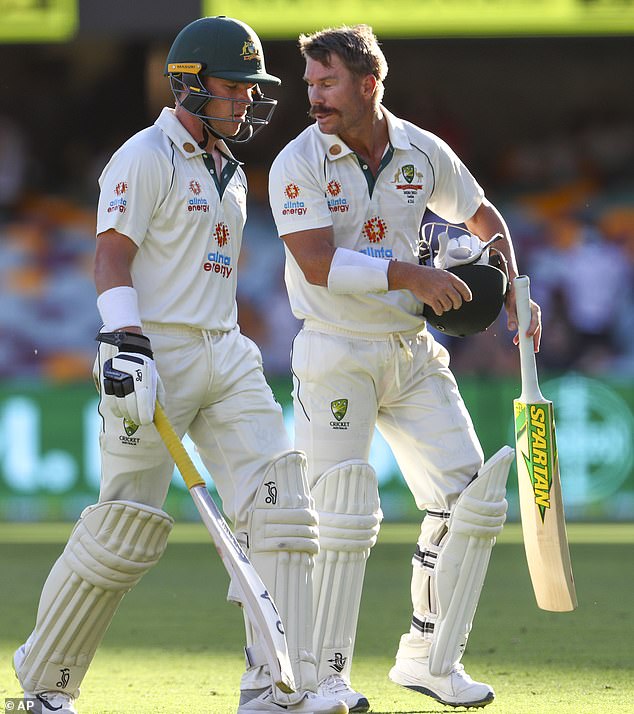 The series is level at 1-1 with two days remaining and it appears that India is on track to at least force a draw that would ensure it retains the Border-Gavaskar trophy.

Hazlewood was the pick of the Australian bowlers and was rewarded for his tight line with a ninth five-wicket haul in a test innings.

India resumed on Sunday at 66 for two ready for an extended day after rain washed out play late on day two, and added 99 runs for the loss of Cheteshwar Pujara and captain Ajinkya Rahane in the morning session.

Hazlewood made the first breakthrough of the day by removing Pujara for 25 off 94 balls, teasing the 90-test veteran forward to a good length ball which found the edge and carried through to wicketkeeper Tim Paine.

Rahane mixed some elegant strokes with some expansive shots outside off stump and his luck finally ran out on 37 when he edged a Mitchell Starc delivery to Matt Wade at third slip. 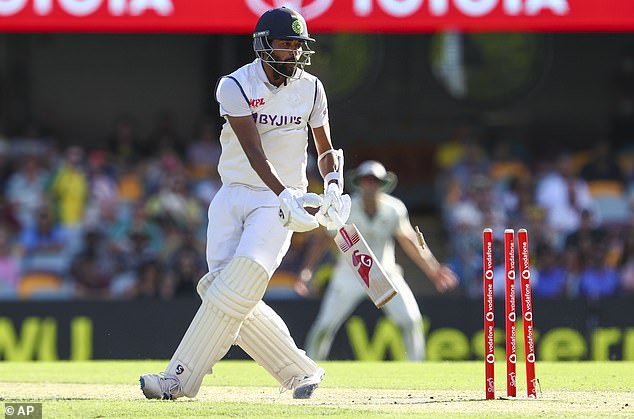 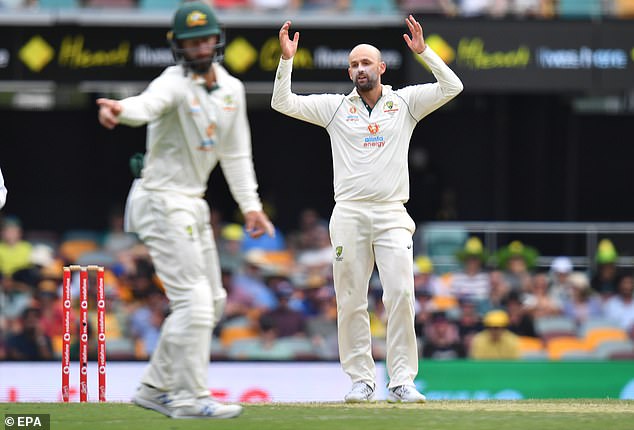 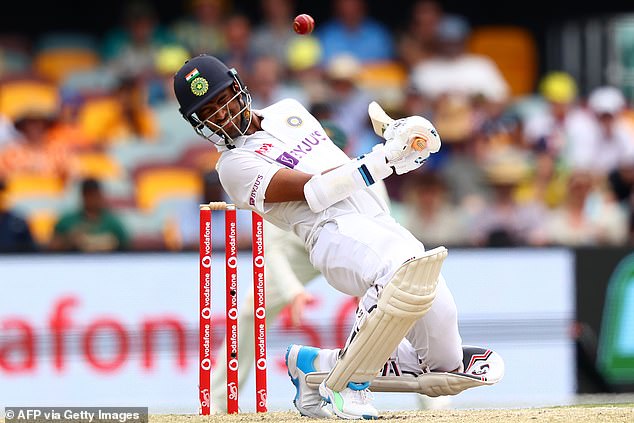 Hazlewood struck early in the middle session, too. He dismissed Mayank Agarwal (38) and, six overs later, he had Rishabh Pant (23) spectacularly caught at gully by Cameron Green.

The Australians haven’t lost a test match at the Gabba since 1988 but have been held to draws. To win the series, they need to score runs quickly on Monday with the aim of setting a big target and then bowl out India.

That’s something they weren’t able to do in the third test in Sydney despite being in a strong position.