NASSER HUSSAIN: Jimmy Anderson’s pride and passion are the driving force behind his success

The last hour on Saturday night encapsulated Jimmy Anderson as a cricketer. He’s been highly skilful again in this game. Right from the beginning he has had the wood over Shan Masood, he is incredible at bowling to him and when you saw Masood walk in you knew that the contest was going to end badly for him.

Anderson showed high skill, bowling brilliantly with seam and swing. That was Jimmy at his best — with the new Dukes ball and the lights on, he was unplayable.

And on Sunday evening we saw his emotional side, with his reaction to three dropped catches off his bowling, before Dom Sibley took the low slip catch to give him his fifth wicket of the innings. 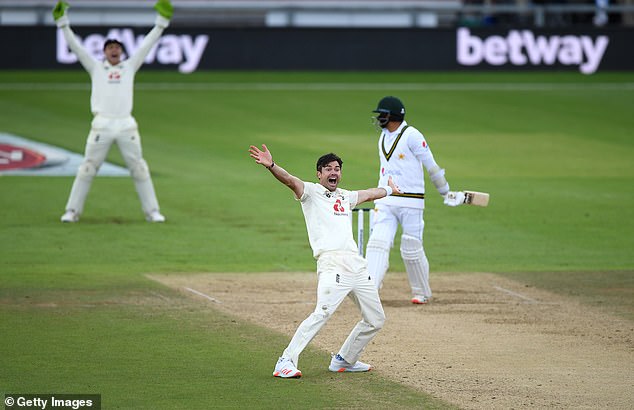 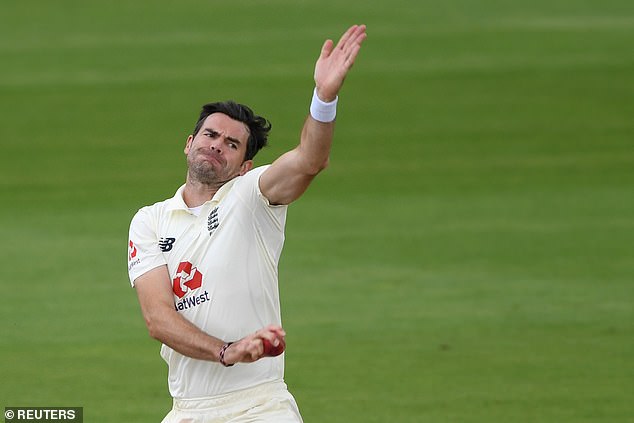 But his reactions make him the cricketer he is and I wouldn’t take that away from him. Considering everything he’s done in the game, to still be getting so emotional just sums up Anderson. It shows his passion and his pride.

And he was so right to react like that — he’s trying his socks off and then sees catches going down left, right and centre. Jimmy desperately wanted a 29th fifth-wicket haul and he knew if he didn’t take one of Pakistan’s last two wickets then that chance was gone. Yes, it’s a team game but it’s an individual one too.

At one point on Sunday night he did lose it slightly. When he had Azhar Ali on strike with one ball of the over left he should have hidden it down the leg side or bowled a high bouncer to stop Pakistan’s captain getting a single and keeping the strike. 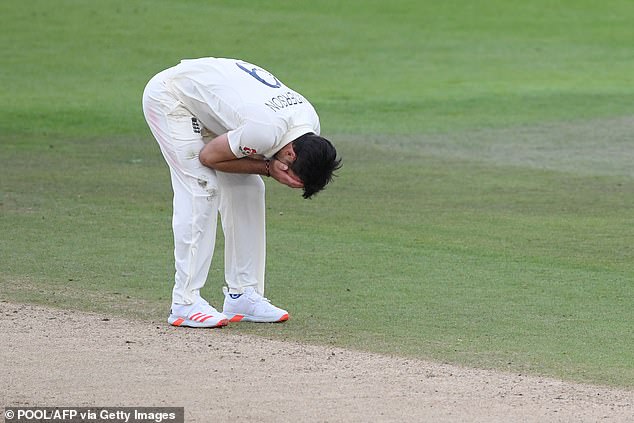 If he had done that, Jofra Archer would have had six deliveries at Naseem Shah and the innings might have ended a bit sooner. You bat as a partnership but bowl as a partnership as well. Giving Azhar that single suggested his emotions got to him and he didn’t get his thought process in gear.

That’s very rare for Jimmy, though — he’s not like Glenn McGrath, who’d throw his hat then stand with his hands on hips at fine leg, the full double teapot. It didn’t happen very often but at that point you knew you were on top of him and he was losing the plot. Whereas if things are going against Jimmy, he comes in and delivers the very next ball.

You wouldn’t want him to be any different. He’s always been a quiet lad, though he’s of course more vocal now than when I captained him for England at the start of his international career. Now it’s clear to see the role he and Stuart Broad play on and off the field.

They lead the tactics — they’re not stepping on Joe Root’s shoes but you can see they’re very much involved. Tactically, Broad and Anderson are very smart. 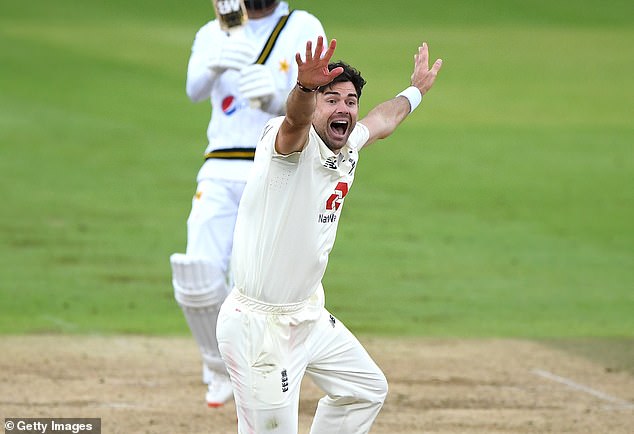 His 600th wicket will come eventually, and probably on Monday. I saw him picking that new ball for Pakistan’s follow-on and will be surprised if he hasn’t chosen the perfect dark red Dukes that gets him the two wickets he needs. I don’t think he will have sweated on it too much overnight.

Would he prefer to reach the milestone in front of a crowd? Yes, but he will probably be glad if he at least gets to do it in England. He’s 38 now and he doesn’t know – none of us do – whether it will be three months, five months, or longer before England play another Test match.

He’s talked about playing in the Ashes in Australia next winter and I think that’s a sensible thing to do. When a cricketer starts to talk about retirement, or puts a time on their career, they can start to play as if they are already retired.

I think it’s sensible for Jimmy to look a long way into the future and say he wants to be playing in 15 months. It keeps him motivated and means there will be no drop-off in standards. 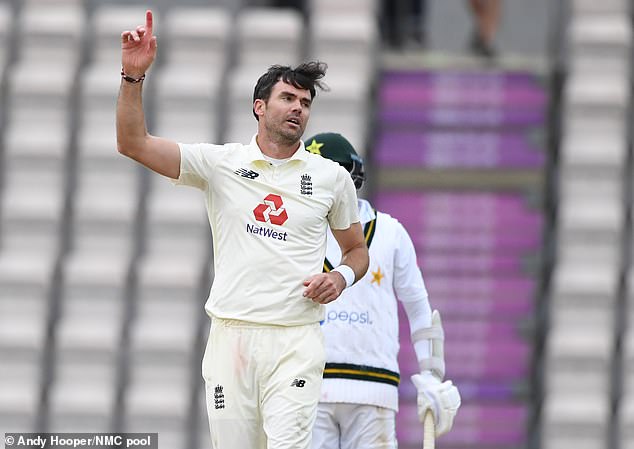 The 38-year-old is a champion cricketer and our best ever bowler, as he showed once again

He’s is a champion cricketer and our greatest ever bowler — you can see that in the performance this weekend, and the anger and frustration he showed on Sunday. He doesn’t want his performances and statistics to drop because he is no ordinary cricketer and he wants to play for as long as possible.

Will he be there at the start of that Ashes series, aged 40 and with a Kookaburra ball? I don’t think he will, but one thing Jimmy has done throughout his career is prove his doubters wrong and I admire someone who is not talking about retirement and says he’s carrying on. He loves the game, he loves bowling, and he will miss it.

And when you see how he is still bowling in this Test it’s almost ridiculous that we are talking about him calling it a day.

Barbie fired up for Stradbroke mission

The ‘proudest moment’ of Lyon’s career