Home » Sports News » NASSER HUSSAIN: England batsmen must not get in a spin

NASSER HUSSAIN: England batsmen must not let Sri Lanka’s twirlers get them in a spin – and the toss could be critical as team batting first has won all five World Cup matches at the SGC… PLUS, my three Sri Lankans to watch

The equation could not be more straightforward for England now. They can forget about net run-rate after Australia’s narrow win over Afghanistan. Beat Sri Lanka and they are in the Twenty20 World Cup semi-finals.

It will not be easy, especially as conditions could favour Sri Lanka more than England. There have already been two games played on the same SCG pitch that will be used and that tells you it will again be a case of bat first if Jos Buttler wins the toss.

In fact, all five matches here during this tournament, and 12 of the last 15 T20 matches on this ground, have been won by the side batting first, which suggests there will be a lot at stake with that toss of the coin. It can spin in Sydney, especially if it stays dry — and the forecast today is fine — and that does bring Sri Lanka and their three spinners into the game. 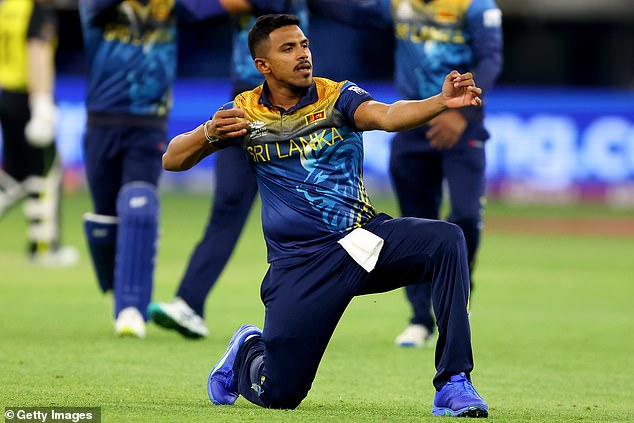 The one issue England have had with their batting here has been playing spin. They have scored at only 5.95 an over against spin in this tournament, the second lowest in the Super 12 stage, and lost five wickets in overtaking Afghanistan’s 112 in Perth.

But England must stick to the same gameplan that served them so well in Brisbane. It is another must-win game and they will experience the same level of pressure every time they play now, but it is pressure they dealt with very impressively against New Zealand.

Their mindset was excellent at the Gabba and it is one they will have to have again, even though they are coming up against a different type of opposition in Sri Lanka, who will hit them with spin. 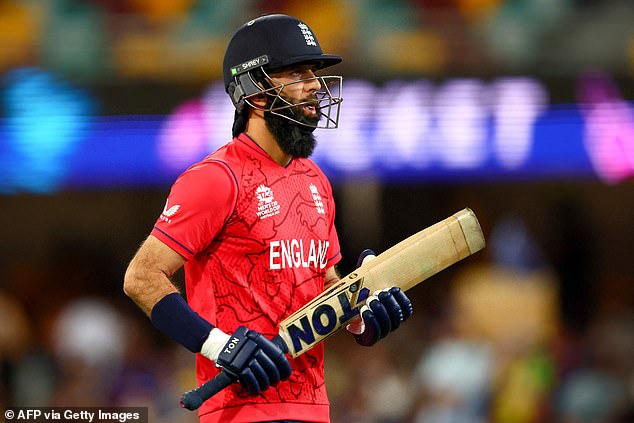 It is possible the mystery spinner Maheesh Theekshana will open the bowling, as he did against New Zealand, and England must be ready for that.

England will need to be flexible again with their batting order. If they lose an early wicket then Dawid Malan should come in at three, but if they do not then it should be Moeen Ali again because he is a particularly good hitter against spin. Moeen should be floating, so he can ideally come in when the spinners are operating.

The dimensions of the ground here look similar to the Gabba in that there is one shorter square boundary and that will again test Buttler in getting the right bowlers on at the right time at the right ends. 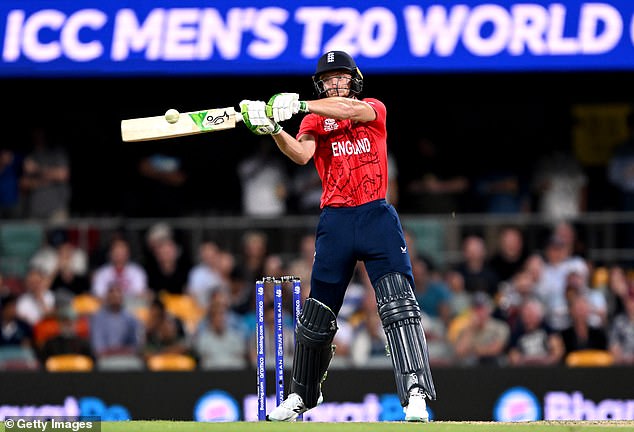 There will be added spice today in the presence of Chris Silverwood as Sri Lanka coach. He will have a point to prove after being sacked at the end of the last Ashes and I’m sure he would love to knock England out of this tournament.

But it is not as if Silverwood can provide too much knowledge on England that his players do not already know. As Jonathan Trott said before he coached Afghanistan against England, there are an army of analysts around each team now and the players know each other better than ever through playing in franchise leagues.

Silverwood has made a good start with Sri Lanka. They won the Asia Cup and shared a Test series against Australia. They are a dangerous outfit but one thing that has let them down in this tournament is their fielding and that is an area they need to improve today. 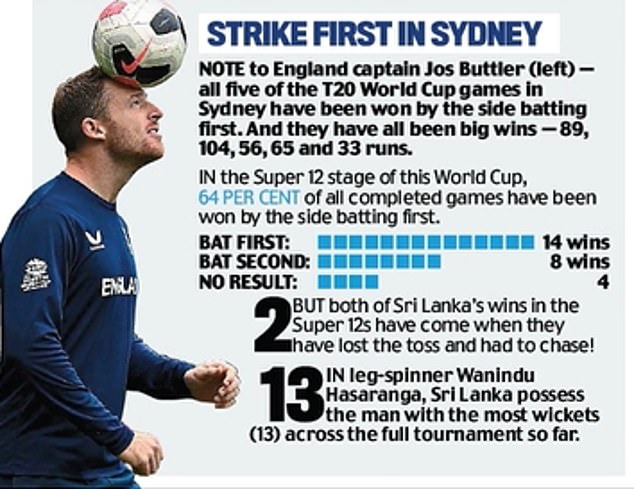 Sri Lanka’s batters have also looked a little out of nick, particularly against extra pace. Kusal Mendis has been the mainstay of their batting but it was Dhananjaya De Silva who saw them home in their latest game against Afghanistan with an unbeaten 66.

England had to win four games in succession to lift the 50-over World Cup in 2019 after group defeats by Australia and Sri Lanka and managed it.

They will have to do the same here and impressed in getting the first of those four wins on the board against New Zealand. Now for step two. 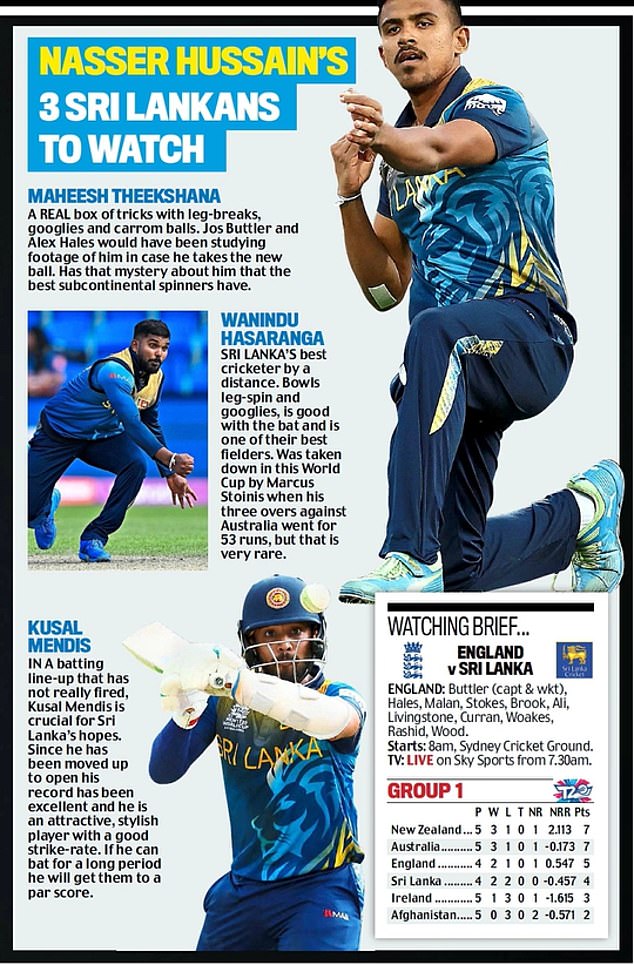 England's Ben Foakes: I was washed up, I had no energy!