Pakistan allayed fears on Monday that giant left-armer Shaheen Shah Afridi had incurred more serious knee damage, with clear scans suggesting he could even feature in next month’s Test series against England.

Countering speculation that he might miss the next few months of the international schedule, the Pakistan Cricket Board released a statement in which they confirmed he’d avoided major issues in the joint when landing awkwardly catching Harry Brook during Sunday’s World Cup final defeat to Jos Buttler’s men in Melbourne. 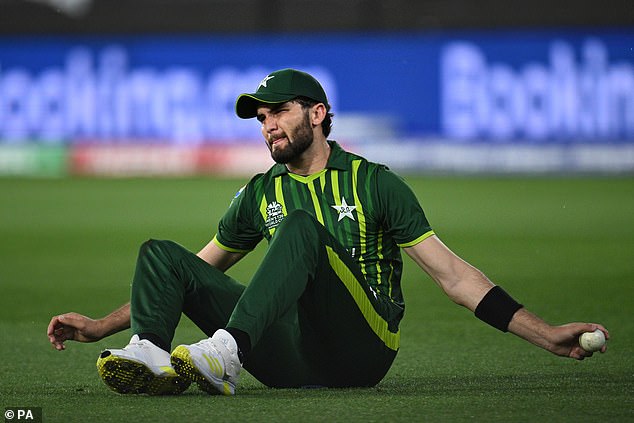 The talented 22-year-old, who has 99 wickets in 25 Test appearances, had appeared set for another spell on the sidelines given the obvious discomfort which prevented him bowling his final 11 deliveries – a factor viewed as a major turning point in the contest’s outcome.

But following a meeting with Australian knee specialist, Dr Peter D’Alessandro on Monday that revealed no structural problems and suggested the pain was likely to be ‘due to a forced knee flexion whilst landing’, Afridi was placed on a fortnight’s recuperation back in Lahore.

His return to play schedule will be discussed at the end of that period.

While he will not be fit for the first match of three in Rawalpindi on December 1, the fact Pakistan will rotate their fast-bowling resources over a concentrated three-week series leaves open the chance of him featuring in Multan or Karachi. 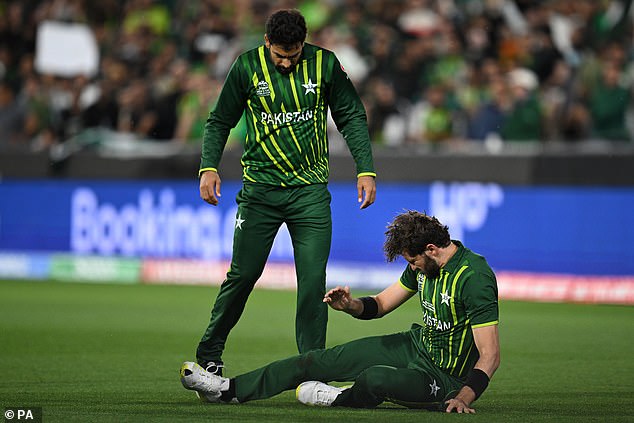