Quinton de Kock and Devon Conway have signed for Southern Brave following the withdrawals of Australian duo Marcus Stoinis and David Warner from the Hundred.

As Sportsmail revealed last week, De Kock’s relationship with Brave head coach Mahela Jayawardene – he plays under him for Mumbai Indians – was key to his recruitment on a £100,000 deal.

Fellow left-hander Conway has enjoyed a stunning 12 months in international cricket with New Zealand and will report to the Hampshire Bowl once a short stint with Somerset is complete. 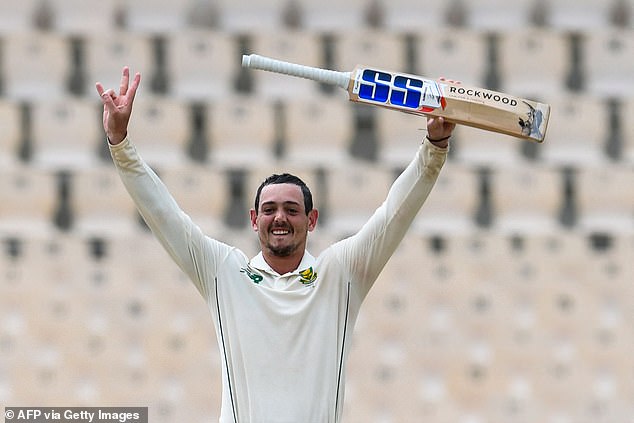 South Africa’s Quinton de Kock, here celebrating his century in the recent Test against West Indies in St Lucia, will play for Southern Brave in The Hundred 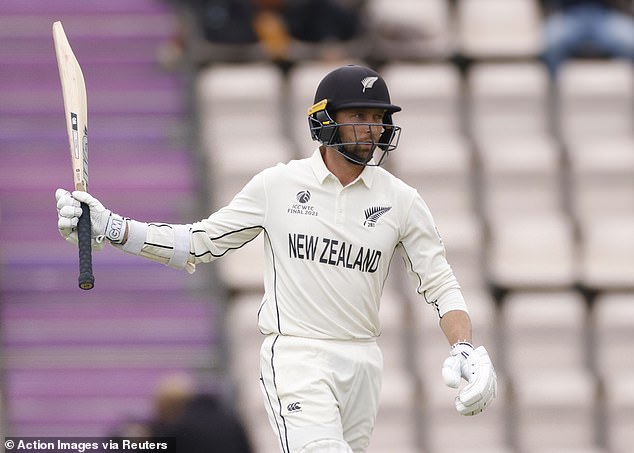 New Zealand opener Devon Conway, currently playing at the Hampshire Bowl in the World Test Championship final, has also signed up for the Brave

The 29-year-old struck a double hundred on his Test debut against England at Lord’s and is averaging 59 in Twenty20 internationals and 75 in ODIs.

Warner has now pulled out of the competition twice before a ball has been bowled.

Last March, Stoinis was signed as his overseas replacement prior to the Covid pandemic postponing the inaugural 100-ball-a-side competition by a year. 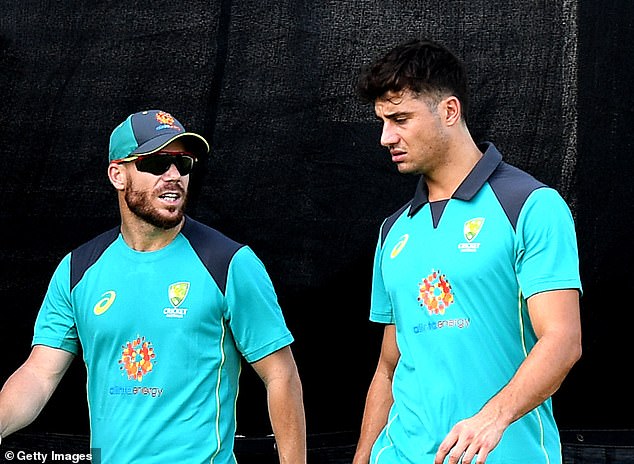 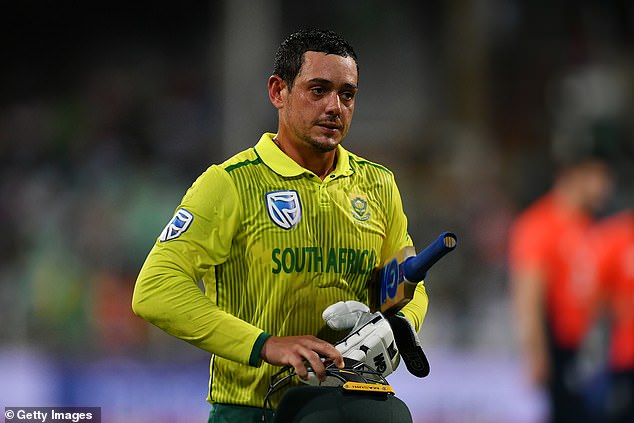 ‘I’m gutted to have to pull out at this stage, I was really excited to be a part of it,’ Warner said.

‘However, with current restrictions and playing schedules I need to stay in Australia and focus on my family.

‘I want to wish everyone involved with Southern Brave the best of luck, I’ll be cheering them on from the sidelines.’