Racing NSW chairman Russell Balding and his board continue to back Peter V’landys in his appeal against a Federal Court decision pertaining to his defamation case over the ABC’s 2019 ‘Final Race’ expose on the 7.30 program.

V’landys was ordered to pay court costs after the Federal Court found against him in the defamation case earlier in the year,. His lawyers are finalising an appeal this week and Balding once again made it clear V’landys has the support of Racing NSW. 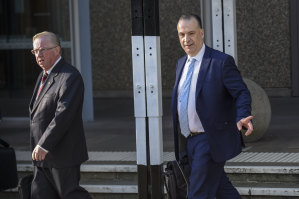 “We are backing Peter 100 per cent in this defamation action because he was on this ABC show as part of his duties as chief executive of the NSW racing industry,” Balding said.

“He was speaking for the industry and was prepared to answer the concerns about horse welfare that no other racing regulator was prepared to do. We as a board are fully behind him.”

V’landys sued the ABC claiming the organisation had harmed his personal reputation, making him look bad and flippant about issues of racehorse cruelty.

Before the defamation action, Balding, a former head of the ABC, had lodged a 21-page letter of complaint from Racing NSW with the national broadcaster. It listed concerns alleging serious breaches of the ABC’s statutory duties, editorial policies and code of practice.

“There is an unfairness at the core of the program’s approach and coverage of the issue,” Balding said when he lodged the letter in November 2019.

“There was no proper or serious attempt to present the perspective of the racing industry, which should have included the actions and work of Racing NSW [and other racing organisations] to address the welfare of thoroughbred racehorses, both during and after their racing careers.”

V’landys started his defamation action following the ABC response to the complaint and has been supported by Balding through the court hearings.

Edward Cummings is hoping Queensland Oaks favourite Duais can produce another first for his fledgling stable at Eagle Farm on Saturday.

“She was my first city winner and then 10 days later my first stakes winner in the Adrian Knox Stakes,” Cummings said.

“She then gave us our first group 1 placing in the [Australian] Oaks, so she is a pretty special horse to the stable.

“She is very well and has settled into Queensland and it would be a perfect end to [her] preparation if she can win the group 1 on Saturday.”

The reasons Jamie Kah and James McDonald are at the top of the premiership standings in Melbourne and Sydney were again on show in Brisbane.

The wins of Vega One and Kukeracha owed as much to their pilots as the ability of the horses and, in the space of 40 minutes on Saturday, were perhaps the best winning group 1 rides of the season. 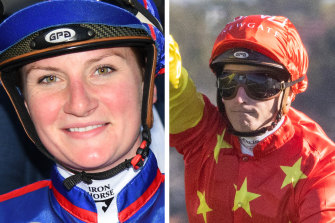 McDonald used his barrier and saved his pennies on Kukeracha but when the chips were on the line in the Queensland Derby, he was able to dictate to favourite Explosive Jack before having enough in hand to fend off Senor Toba.

While McDonald took advantage of his advantages, Hugh Bowman’s steer on Senor Toba might have been better in defeat. He overcame the outside draw to get the grey one-off the fence and midfield before making what looked like a winning charge but for a bob of the head.

Vega One can be a quirky horse to ride but it is those types where the Kah touch can be seen to its fullest effect.

She shocked punters and trainer Tony Gollan when Vega One appeared late to win the Kingsford Smith Cup.

“I thought Jonker was going to hold on. I thought he was home,” Gollan said. “I had a look back at about the 200m and all I could see was a wall of horse in front of Vega One.

“I thought he was going to run a bloody good Stradbroke trial, not win.

“When this thing in yellow went past Jonker, I thought ‘I think that’s mine. That’s Vega One’.”

The biggest factor in Kah’s ride was the fact she never lost momentum while being checked and held up until the 200m mark, which allowed Vega One the power to storm through a thin gap at the 100m.

To keep a horse on the bite and travelling while in trouble is a great ability. Kah excels at it.

Vega One didn’t use any energy reserves while searching for a run and that enabled him to explode when the run came. It was the best group 1 ride of the year.

Kah does it time and again.

Bjorn Baker believes he has a natural stayer in Parry Sound, so the 2400m of Saturday’s Winter Cup will be perfect for him.

The Lord Mayor’s Cup runner-up behind Polly Grey two weeks ago has just ticked over since.

“He is a naturally fit horse that doesn’t need that much work and I think the 2400m will be even better for him,” Baker said.

“He hasn’t run a bad race since he arrived at my place this preparation and I think it is about time he won one for us. I’m sure he is going to be very strong at the end of 2400m.”

Wagga Cup winner Inverloch is set to make the trip to Sydney for the Winter Cup for Trent Busuttin and Natalie Young.

SAM TURNER: Battaash can wow fans on the first day of Royal Ascot