The four-year-old son of French sire Lawman was originally in the John O’Shea stable at Randwick, but his career never got going through 2021. 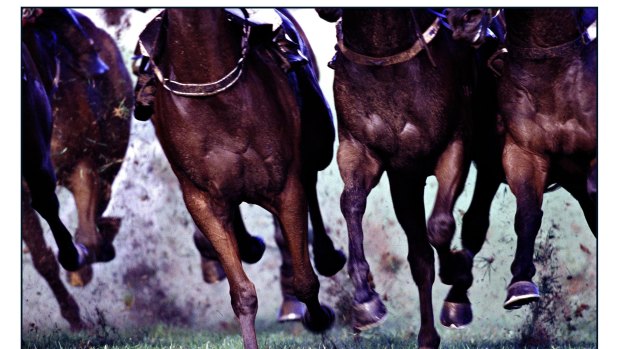 Racing returns to Grafton on Monday with an eight-race card.Credit:Phil Carrick

In fact, a string of mixed and drawn-out trial runs, either side of a poor one-off debut at Kembla in the middle of last year, saw the gelding head north and into the Aiden St Vincent yard on the Mid North Coast.

And it continued to be a slow work in progress before Ragman returned to the track with a modest maiden effort at Port in mid-May.

But in three runs since, Ragman has shown a renewed zest for racing, including the most recent effort when he led for a long way in a strong maiden at Tamworth carrying 59kg.

In one of several wide betting races, Ragman could start close to $10 in a maiden where promising Gold Coast-based colt Enterprise Legend threatens to jump as favourite.

Part of a big team of three-year-olds for veteran Hall of Fame trainer Lee Freedman, Enterprise Legend just missed at the Sunshine Coast a fortnight ago, and he’s one of a few big chances for the stable.

Improving Spirit Of Boom filly Champagne Tastes lines up in a Class 1 Hcp (1005m) for only her fifth start and third-up in a prep that’s shown enough promise in two runs back over the border.

Freedman’s best chance is likely to come in a Maiden Plate (1005m) for the fillies and mares with lightly raced Paketta who is drawn ideally second-up and only her fourth career start.

A daughter of powerhouse Group 1-winning sprinter Russian Revolution, Paketta was close-up at Ipswich 17 days ago in her first run for seven months, and the stable has made gear changes ahead of the NSW North Coast trip.

News, results and expert analysis from the weekend of sport sent every Monday. Sign up for our Sport newsletter