The Marcel Weiss-trained colt stunned the Longchamp crowd last October when beating a star-studded field, including Tarnawa and last year’s King George and Derby winner Adayar, in France’s most prestigious race at odds of 80-1.

Fears that sizzling temperatures and quicker ground might prevent Torquator Tasso from running at Ascot were dispelled when the colt named after a 16th-century Italian poet was given the green light to run after a workout early on Monday morning at Mulheim racecourse, where the Weiss stable is based. 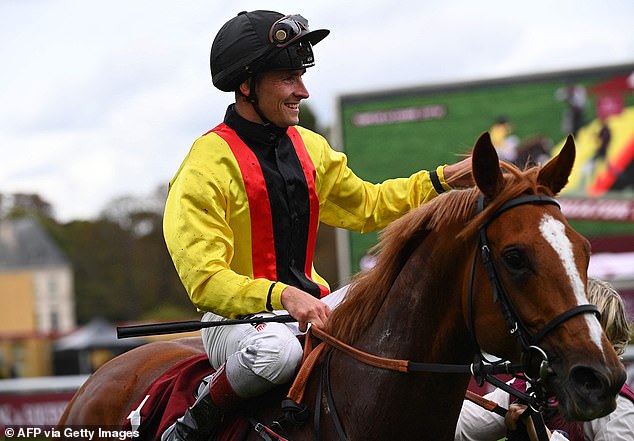 Torquator Tasso will be trying to become the third German-trained King George winner following Danedream, who had also won the Arc the previous season, in 2012, and Novellist in 2013.

Piechulek, 35, said: ‘There is a bit of pressure. We had had two German winners of the Arc before and he was the third. We have had two winners of the King George and I hope to be the third again.

‘I don’t think Torquator Tasso is a better horse than last season but he is just as good. He loves the soft ground and he is best on it but he is not bad on good ground and has won on it.

‘I think Ascot will be a perfect racecourse for him. He needs quick pace and a long straight suits him.’ 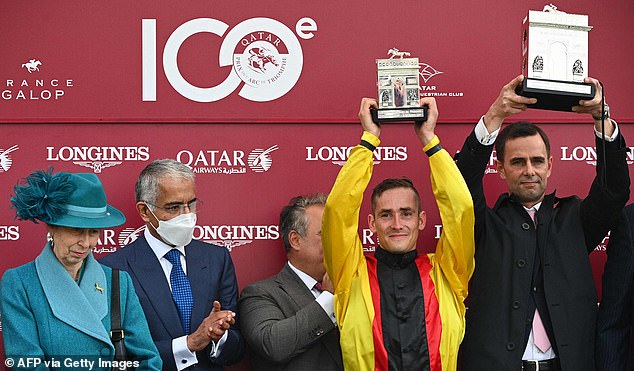 Torquator Tasso, a five-year-old who has only run 13 times, has never won on his seasonal debut and was well below par on his first run back in May.

But subsequently he was an impressive three and a half length winner at Hamburg at the start of this month. Weiss, 45, who took over his 65-horse Mulheim stable three years ago, said: ‘Torquator Tasso is very laid-back and always needs his first race.

‘We were under pressure after his Arc win but he gave us a lot of confidence with his Hamburg success.

‘There are some big horses in Saturday’s race but if you want to win an Arc, which is our aim again because we want to get the double, you have to beat these horses.

‘This is a race on the way back to the Arc, which is when we want him to be 100 per cent, but we still think he is good enough. 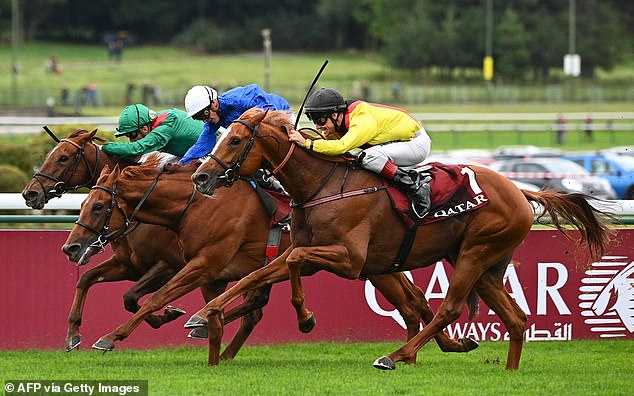 Torquator Tasso is a 12-1 shot for the £1.25million race with only six horses entered

‘It was such a special day for us at Longchamp. I was very confident despite him being a big outsider. It would mean the same if Torquator Tasso could win the King George.

‘The fact there have been two German winners before tells you that we can win.’

Torquator Tasso is a 12-1 shot for the £1.25million race with only six horses entered.

They are headed by Ralph Beckett-trained 11-8 favourite Westover, the unlucky Derby third and subsequent Irish Derby winner. Emily Upjohn, who was also unlucky when second in the Oaks, is a 5-2 shot.

TAB On The Punt: Nicole Thomas previews the meeting at Sunshine Coast