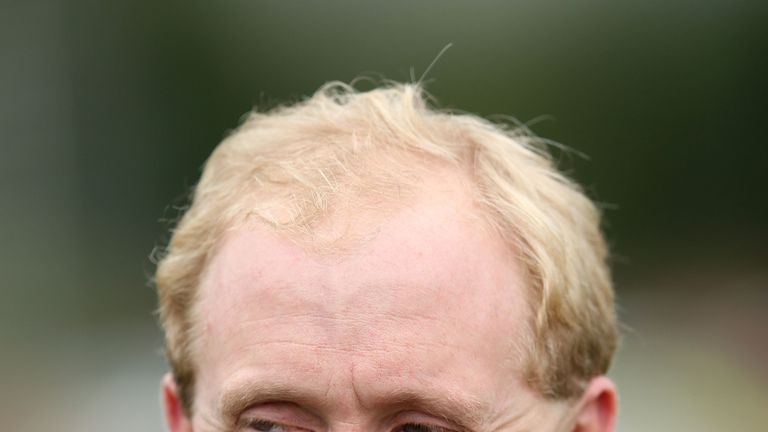 The Sparsholt handler believes the seven-year-old can continue his progression over fences in the extended two-and-a-half-mile Grade Three prize, for which he is as short as 8-1 favourite.

After losing his unbeaten record over fences at Kempton on Boxing Day, the Andrew and Kate Brooks-owned gelding bounced back to winning ways with an impressive victory over the Plate course and distance last time out.

Whittington said: “Simply The Betts has got a great chance in the Plate. He has improved beyond all recognition all season, coming through the handicaps.

“My dream plan was to win the Northern Trust Novices’ Handicap, but that was blown out of the water when he won last time at Cheltenham.

“We are in the Plate off 149 and we have got every chance – hopefully he is still improving and is ahead of the handicapper.

“He is unexposed and he has course and distance winning form, so we go there with lots of confidence.”

Whittington could be on the scoresheet before Simply The Betts takes to the track should Rouge Vif build on his success in the Kingmaker at Warwick in the Racing Post Arkle Novices’ Chase.

He said: “He was brilliant at Warwick and we hoped he might do that as we have a lot of faith in him. He is in great form and he will have one gallop, probably at the end of next week.

“He is battled hardened and he has got a lot of experience now. It is a wide open race and you can make a case for a few of them.

“Hopefully he will run a big race, which he should do if he turns up in good form on the day as he gives you everything.”

Saint Calvados will attempt to make it third time lucky at the Festival on his return to the top table in the Ryanair Chase, after failing to make the frame in both the 2018 Arkle and the Queen Mother Champion Chase 12 months ago.

He added: “Saint Calvados goes to the Ryanair Chase as a fresh horse. We did think about going to the Ascot Chase, but it was going right-handed on testing ground.

“He has proved he is better when he has a gap between races. He is going left-handed again, around a track which he has been running at all season.”

While Whittington feels Saint Calvados is no forlorn hope, he acknowledges he faces a tough task if he is to add to his win at the course earlier this season.

He added: “The weight-carrying performance on New Year’s Day at Cheltenham was solid. If we can ride him to stay, he will be there or thereabouts.

“Henry de Bromhead’s horse (A Plus Tard) looks the one to beat – we go there with a chance, but it will be tough back off level weights. “

Star jockey Jamie Kah opens up on the Melbourne racing record, being able to enjoy riding again and a missing Tiffany bangle