‘If we lose a county it won’t be a small one… Test match grounds are so vulnerable’: Surrey supremo Richard Thompson fears cricket’s elite are most in danger of collapsing

Cricket’s biggest counties are most in danger of collapsing under the financial pressure of the coronavirus pandemic, according to the chairman of the largest of them all.

Surrey’s Richard Thompson, one of the most influential figures in the domestic game, fears for the future of cricket’s elite rather than the smaller counties who would appear to be most at risk from the crisis.

‘The Test match grounds have a far greater challenge getting through this than the non-Test ones, purely because of the size and scale of their operation,’ said Thompson. ‘Just to open the doors at the Oval costs a million quid a month. It’s colossal and you can’t turn everything off. 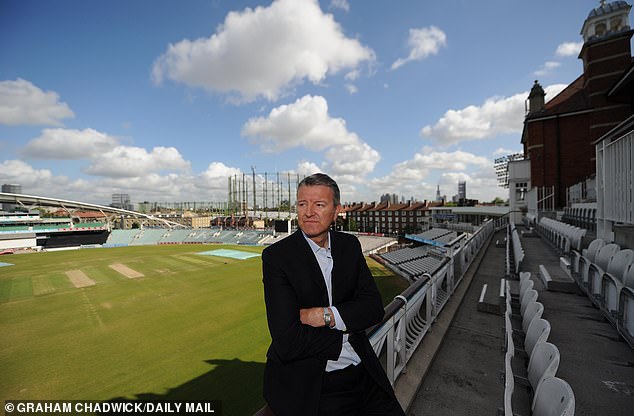 ‘The Test grounds have bigger debts. We at the Oval can service those debts but some struggle to do that. Certain clubs who are smaller can potentially mothball their workforce and come out of it fine, but the bigger the overheads the bigger the challenge.

‘If we lose a county, I don’t think it will be a small one. Have the smaller counties got huge borrowings? No. Have they got massive overheads? No. Are they getting Government support? Yes. Have they furloughed everyone? Yes. Well, that means their costs are next to nothing.

‘It’s the Test match grounds that are vulnerable and some are in better condition than others.’

Surrey are in better shape than most and are one of only two counties, along with Lancashire, yet to furlough their playing staff. But Surrey are having to deal with the extra pressure of being in the middle of a major redevelopment of the Oval.

‘We had a very strong year last summer and that enables us to use the war chest to deal with this,’ said Thompson. ‘But we are undergoing one of the biggest redevelopments in our history, as are Lord’s and Old Trafford, and spending tens of millions of pounds with no income is scary.

‘We’ve got builders on site and our new stand is still going up because cricket will return and things will go back to normal, so we’re planning for that. But being in the middle of a major redevelopment when something like this hits couldn’t be worse timing.’

Yet the Surrey supremo, founder and chairman of the M&C Saatchi Merlin talent management group, remains optimistic cricket will be played this summer.

‘We’re still ambitious and we hope there will be cricket this year, be it behind closed doors or at some level we can adapt to, because anything is better than nothing,’ he continued. 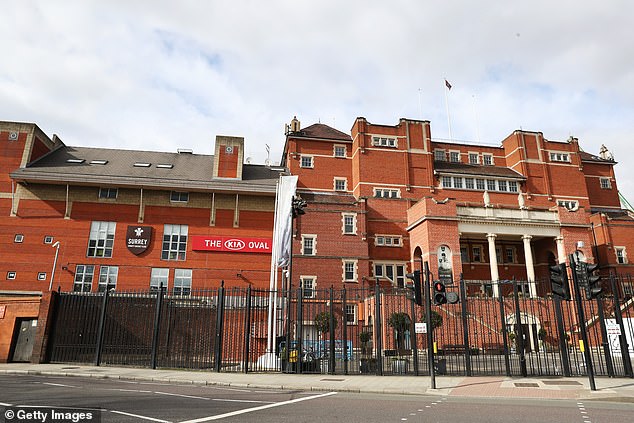 ‘Whatever follows there isn’t anything that can be done without risk and I think that’s going to be the leap of faith governing bodies in sport will have to recognise. Until there’s a vaccine we can’t guarantee anything, but at some point we will have to take a judgment call on when cricket returns.’

If and when cricket does return this year, Thompson hopes Surrey will be ready for it because of their decision not to take advantage of the Government furlough scheme that 16 of the 18 counties are using to pay their players.

‘We have furloughed some staff but at this stage we just felt it wasn’t the right thing to do with our players,’ said Thompson. ‘It’s a subjective view and Surrey are in a better financial position than some other clubs are. Eventually we might have to take a view as to whether we should be furloughing or making salary reductions.

‘We want our players training every day at home, which they are in a safe environment, and when the opportunity comes to play, hopefully they are going to be better prepared because of it. But it’s a tricky one and we don’t know how long this will go on for.

‘We certainly don’t want to preach to anybody on what is the right or wrong thing to do.’ The possible domestic structure might become clearer after this week’s ECB board meeting. ‘It all depends on how long we have to play with,’ said Thompson. 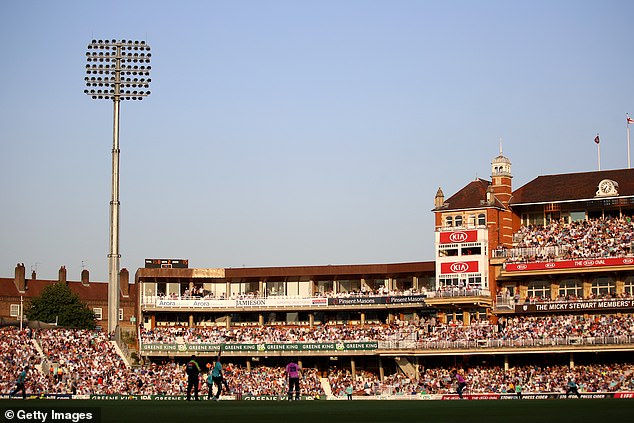 ‘It’s accepted we can go on until October and if you’re playing with a three or four-month season, clearly you want tournaments out there that will generate clubs the most money.

‘I hate to think we will lose a whole Championship season but what you can’t do is just cut it down to a handful of matches and it becomes a lottery. You’d rather have something with credibility.

‘But I can see a lot of cricket played in a short space of time whenever that start date comes.

‘We’re all desperate to be optimistic because we want it to happen. We want to be ready for cricket and think about what follows this crisis as much as the situation we’re in at the moment, to make sure the game is not carrying costs it shouldn’t be in the future.

‘But the strong clubs will still be there as the bedrock of the game because we need them.’