Port Elizabeth: Opener David Warner scored an unbeaten half-century in vain as Australia blew what appeared to be a comfortable chase to allow South Africa to claim a 12-run victory in the second Twenty20 International on Sunday. 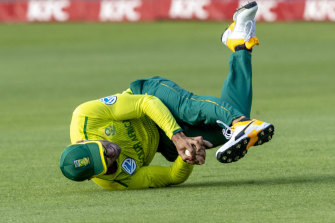 The series is level at 1-1 with the decider to be played in Cape Town on Wednesday, after which the sides will contest three one-day internationals.

Captain Quinton de Kock was again the mainstay of the South African innings, his clean striking bringing five fours and four sixes in a fine 70 from 47 balls before he holed out. 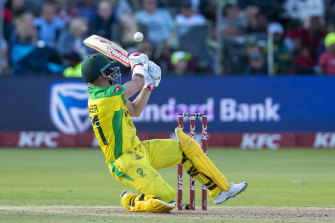 Rassie van der Dussen (37 from 26 balls) provided a vital contribution, but South Africa were 20 or so runs short of where they should have been, having scored only 36 runs in the last five overs with wickets in hand.

Seamer Kane Richardson was the pick of the visitors bowling attack with 2-21 in four overs.

Australia appeared to be cruising in their reply and when Steve Smith (29 from 26 balls) was out with the score on 98, they required 61 from 45 balls with eight wickets remaining.

But South Africa used the slow wicket expertly as leg-spinner Tabraiz Shamsi returned figures of 0-17 in his four overs to increase the pressure on the visitors.

Australia needed 20 from the final 12 balls and when Kagiso Rabada’s penultimate over went for only three, they were firmly on the back foot and never recovered momentum.