Former Australian pro cyclist Mark Renshaw doesn’t know who will win the men’s elite race at the UCI Road World Championships in Wollongong – but he has revealed where it will be won.

Renshaw, a track world champion and the former lead-out rider for English sprinter Mark Cavendish, is the safety manager for the Wollongong event in September and says it will be a highly technical 267-kilometre challenge. 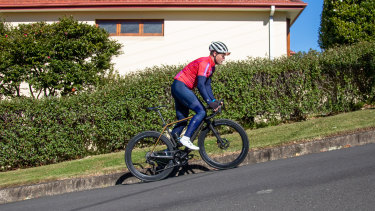 “Wollongong is really going to be blown out of the water,” Renshaw predicted about the scale of the world championships, cycling’s biggest global event, which involves 1000 riders racing over eight days from September 18-25. Organisers are expecting up to 30,000 spectators and claim 300 million will watch on television.

Renshaw said the men’s elite ride, with 3945 vertical metres of climbing, was “an extremely difficult course that can be divided into three stages”.

In the first stanza, the 200-strong peloton rolls from Helensburgh, 45 kilometres south of Sydney, and plunges down Bald Hill before the neutral flag is raised at Stanwell Park and the race gets under way over the stunning Sea Cliff Bridge. The group hug the coast before the second stage, the Mount Keira circuit, the biggest climb of the day. The final sector is 12 leg-sapping laps (six for the women) around Wollongong city centre.

“The Keira climb won’t be where the race is decided, but you will see the first chink in the armour; it’s where the first body blow will be struck,” Renshaw told the Herald on a recent reconnaissance ride of the course.

It’s the city circuit where the race will most likely blow apart, Renshaw predicts, unless a country such as France or Italy launches a long-range attack.

“It’s a very exciting, punchy circuit,” he said. “Lots of points where they have to brake and reaccelerate: it’s 17.1 kilometres long but has 33 corners.”

Within this speedway cauldron of lycra and carbon fibre, Renshaw says a short, lactic nightmare pinch of Ramah Avenue, 1.1 kilometres long but with gradients of 14 per cent, will be crucial, as will the nearby descent where riders will push 100km/h before a sharp right turn.

“On the last lap on the top of Ramah there will only be three of four riders left,” Renshaw said. “They will have to be really strong to ride away solo, but there’s enough turns and undulations for somebody to jump away and take the win.”

He said if a small bunch regrouped after Ramah, it’s possible the final pinch on the seafront outside the Novotel could be enough to get someone away solo in the final kilometres before the finish line on Marine Drive.

”It wouldn’t surprise me if the race comes down to this point, with about 1.5k left to go,” Renshaw said.

“This is Wollongong’s Olympic moment,” she said. “It’s on that same magnitude for us: 300,000 people are expected over 10 days. But it’s the global reach on TV that really gives us a chance to sell the area to the world.” 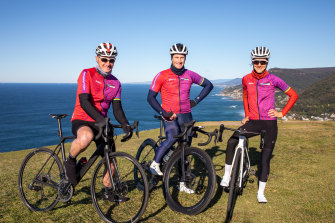 Wollongong 2022 chairman Dean Dalla Valle said the organisation and council had been working together to prepare the course for the enormous event.

”It’s a once-in-a-lifetime opportunity to hold a world championships on your doorstep,” the keen amateur rider said. He said organisers need more volunteers to help.

Renshaw predicts the course will suit Australian riders such as Michael Matthews and perhaps Caleb Ewan.

“It will be difficult for Caleb, but definitely possible for Matthews,” he said. “I think they’ll go for a third wild card, for instance a climber who can ride a one-day race such as Jack Haig.” 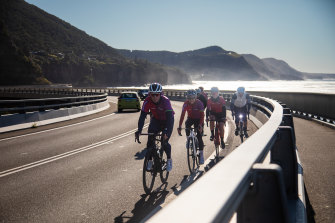 For the women, he mentioned Grace Brown, Sarah Gigante and Penrith’s Amanda Spratt would be in with a chance. “It would be great to see Spratty up there as the local rider,” he said.

Renshaw said organisers were working hard with locals to get them to understand how big the event was, but they would be in for a big surprise.

“We are in a period of the most exciting racing ever,” he said. “The level of the playing field is so high and there are numerous riders capable of winning. This event will be a huge moment for the area and for Australia.”

Steve Smith out for a duck as Australia dismissed for 195