Roger Federer has revealed he is set for a lengthy spell on the sidelines after announcing he is to undergo further surgery on a knee injury.

Here, the PA news agency looks back at the 40-year-old’s 20 major victories.

Two years after stunning Pete Sampras to really announce his talent to the world, Federer dominated at the All England Club to win his first slam title. He dropped only one set, to Mardy Fish in the third round, and beat Mark Philippoussis in the final.

The year in which Federer established himself as the best player on the planet began with victory in Melbourne Federer had tough matches against Lleyton Hewitt and David Nalbandian before seeing off Marat Safin to lift the trophy.

Now world number one, Federer successfully defended his Wimbledon title by winning the first of the three final meetings he would have against Andy Roddick in SW19.

His third slam crown of the season came with a dominant victory over Hewitt that included two love sets. Federer had battled past Andre Agassi in five sets in the quarter-finals.

His third successive Wimbledon crown and once again it was Roddick who Federer defeated in the final. His only dropped set came against Nicolas Kiefer in round three. 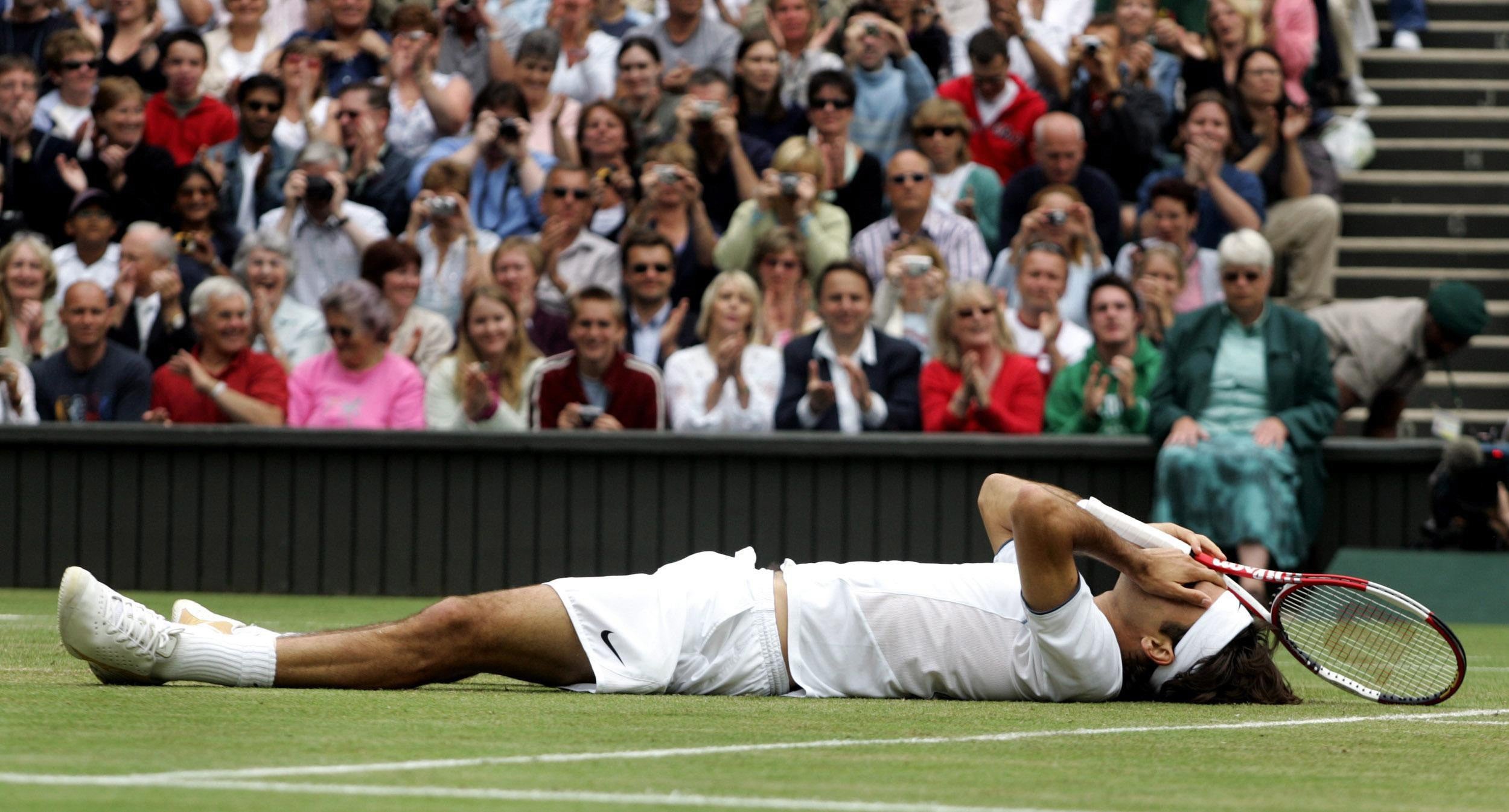 Hewitt and Agassi figured large again but they could not prevent Federer making it a double double of Wimbledon and US Open titles, beating Hewitt in the semis and Agassi in the final.

Federer’s second title in Melbourne, earned with a final victory over surprise package Marcos Baghdatis, gave him his first shot at winning four slam titles in a row but he was beaten in his first French Open final by Rafael Nadal.

Federer got his revenge against Nadal as they met for a second straight slam final. The Spaniard recovered from a bagel in the first set to win the third but could not stop Federer.

A different venue but the same story for Roddick as Federer won a third slam title in a season for the second time in his career. 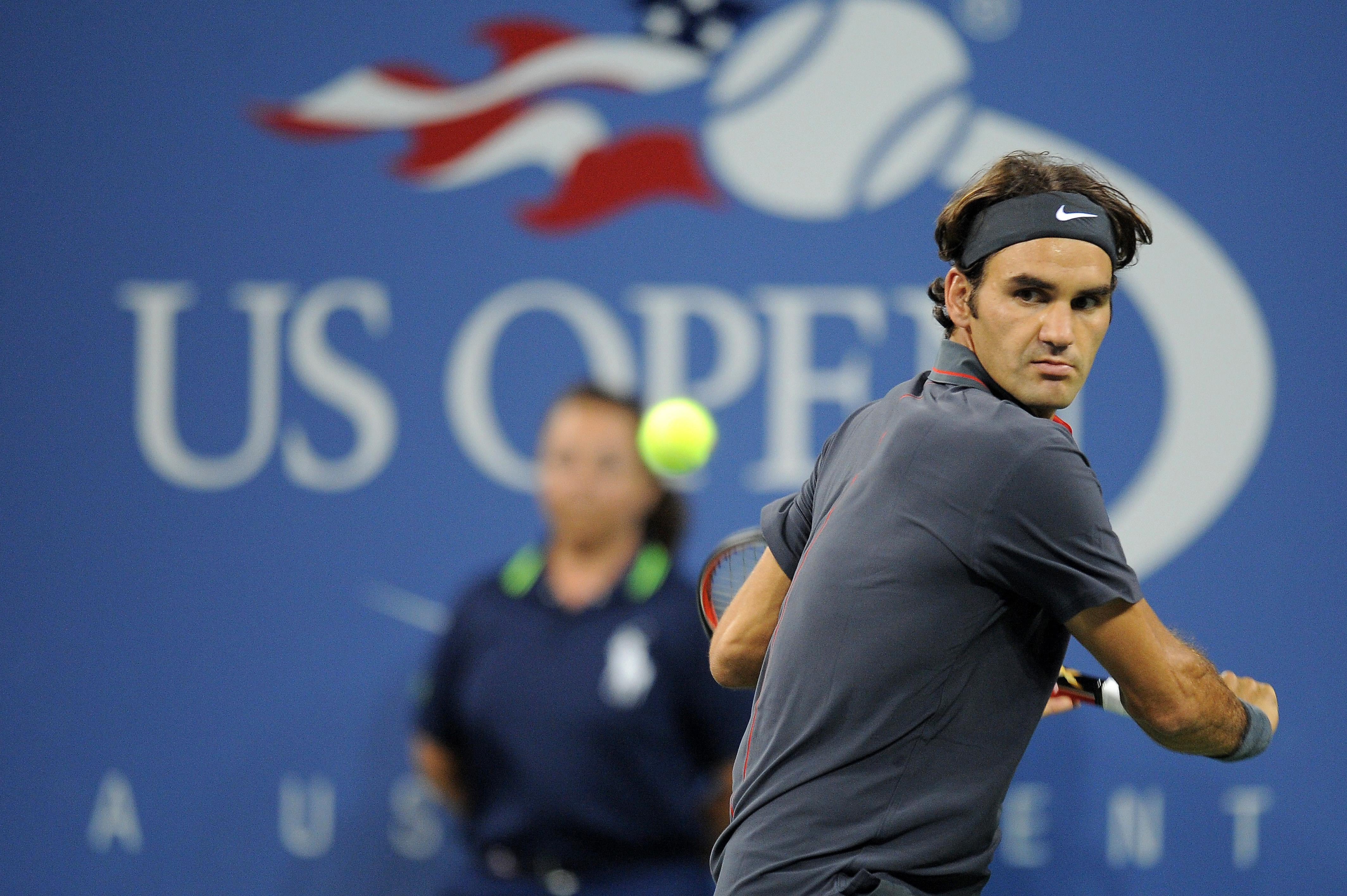 Federer beat Roddick in the last four this time before seeing off Fernando Gonzalez in straight sets to make it nine titles from 13 slams. He met Novak Djokovic for the first time at a major in the fourth round.

After another French Open final loss to Nadal, Federer got the better of the Spaniard again at Wimbledon to make it five straight titles. But he needed five sets to do it and the writing was on the wall for his epic defeat the following year.

Federer overcame Djokovic to claim his fourth consecutive US Open title and did not drop a set from the quarter-finals onwards, seeing off Roddick and Nikolay Davydenko on his way to the final.

A year without a slam title was an eternity for Federer at that point but he ensured he did not finish 2008 empty-handed by denying Andy Murray in his first major final.

Nadal’s first loss at Roland Garros paved the way for Federer finally to win the one slam title to elude him with victory over the Spaniard’s conqueror, Robin Soderling, in the final. 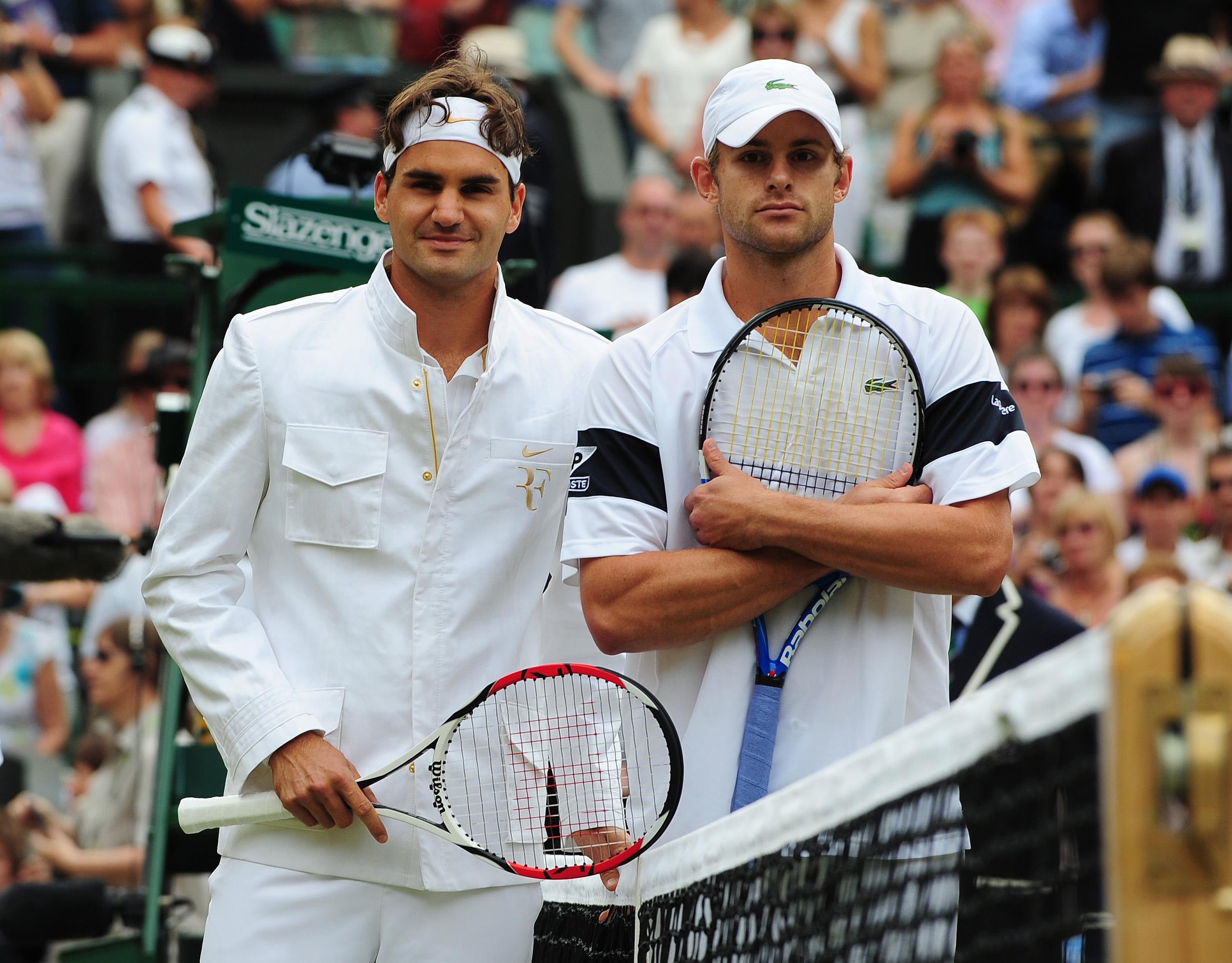 Federer’s glorious summer continued with his third Wimbledon final win over Roddick, this time the American pushing him all the way to 16-14 in the fifth set. Two weeks later Federer’s wife Mirka gave birth to their first set of twins.

Juan Martin Del Potro ended Federer’s run of five straight US Open titles in the 2009 final but the Swiss was back holding the trophy in Melbourne, with Murray his final victim.

Federer’s chances of winning another slam title had been widely written off but he came good at the All England Club once again to clinch a seventh Wimbledon crown, handing Murray his fourth and most painful major final defeat.

Four and a half years after his 17th title and having just endured the first season of his career badly affected by injury, Federer stunned tennis by winning again in Melbourne, defeating his old rival Nadal in five captivating sets. 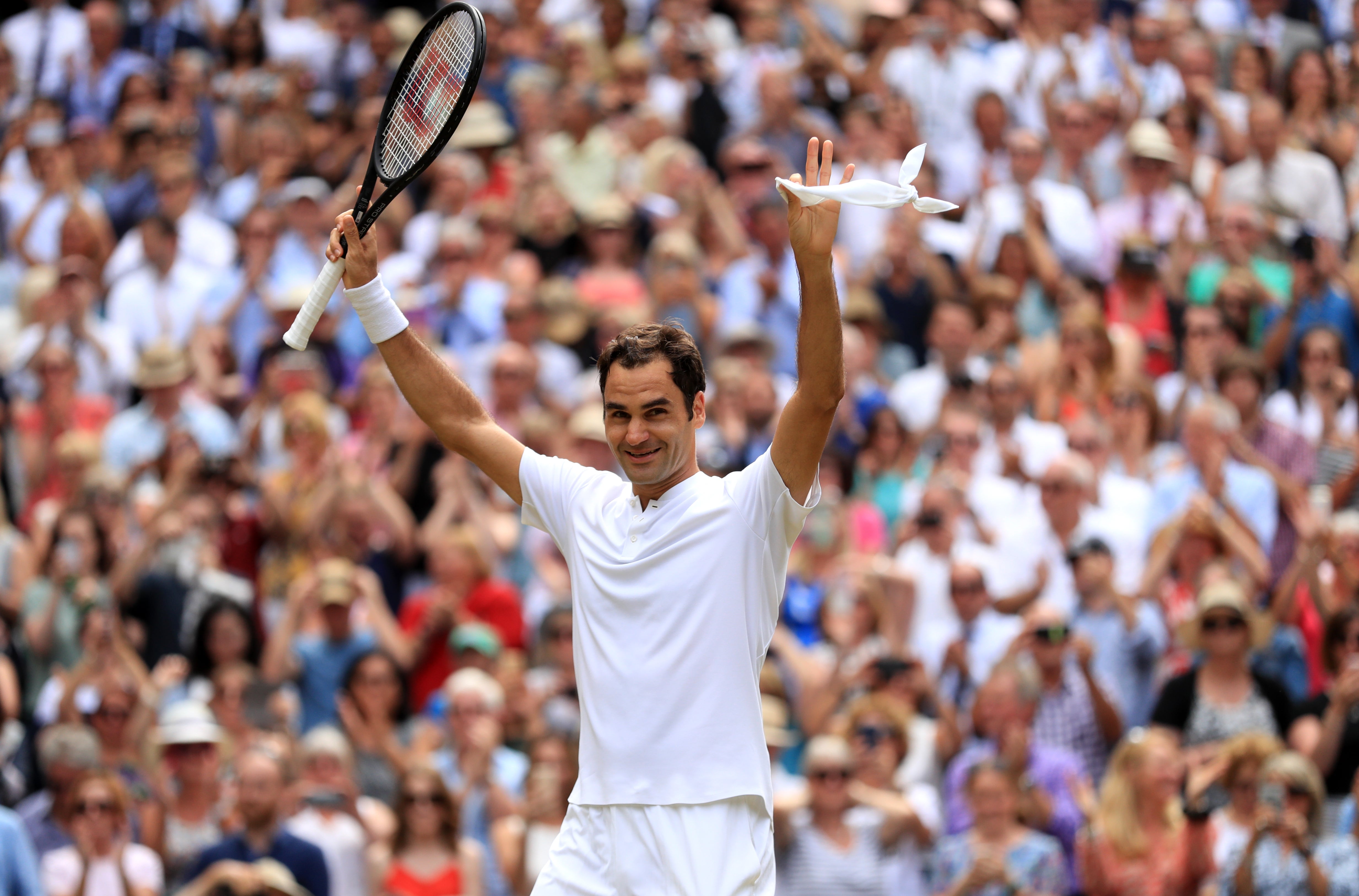 Federer’s resurgence continued with a record eighth Wimbledon title. He did not drop a set, beating Marin Cilic in the final for the loss of just eight games.

Federer’s 20th slam title saw him successfully retain the trophy in Melbourne. He did not drop a set until the final, when he battled past Cilic in five sets.