Home » Tennis » Alcaraz and Sinner can dominate for a decade, believes coach Ferrero

The former world No 1 who has guided Carlos Alcaraz to the same place says there are two men set to upturn tennis’ established order.

In the wake of the US Open final, Juan Carlos Ferrero cited his player and 21-year-old Italian Jannik Sinner as the coming forces in the men’s game who will stand above others.

That is based on the two of them having faced off both in New York and at Wimbledon in compelling tussles. 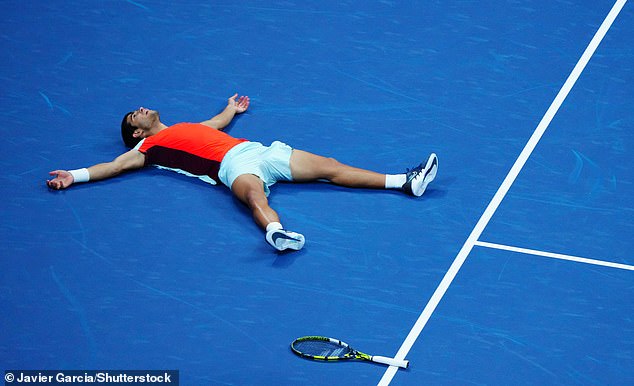 Carlos Alcaraz can get better and has the potential to dominate for a decade, his coach has said in the wake of his victory in New York 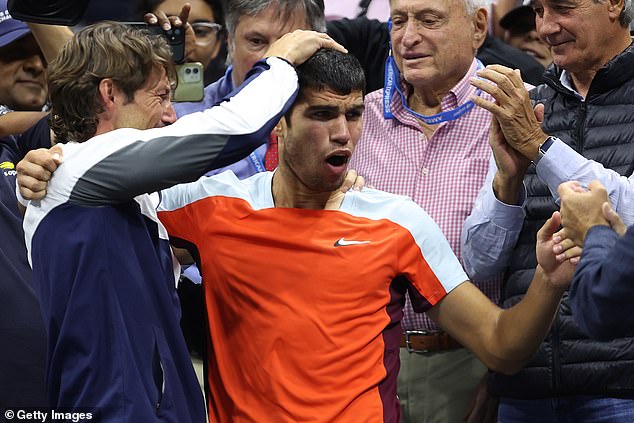 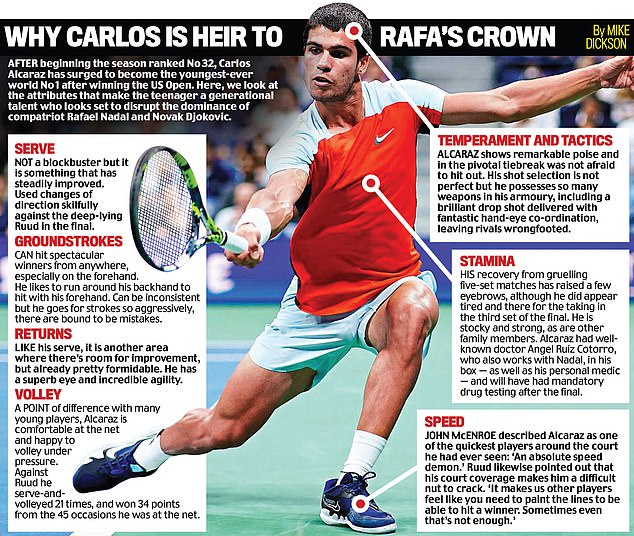 ‘I said to someone that Sinner and Carlos could dominate the tour for the next 10 years,’ reflected Ferrero.

‘There are others like Alex Zverev, Dominic Thiem, Casper Ruud, Stefanos Tsitsipas. They’re going to have chances to win Slams, for sure. But with respect, that’s what I think.’

Worryingly for rivals, Ferrero says Alcaraz is still way short of his potential: ‘As I tell him, he’s on 60 per cent of his game. He can improve a lot.

‘Once you get to No 1, it’s not done. Opponents will be very motivated against him. It’s like Real Madrid-Barcelona, there’s a rivalry that gets you to increase your level.’ 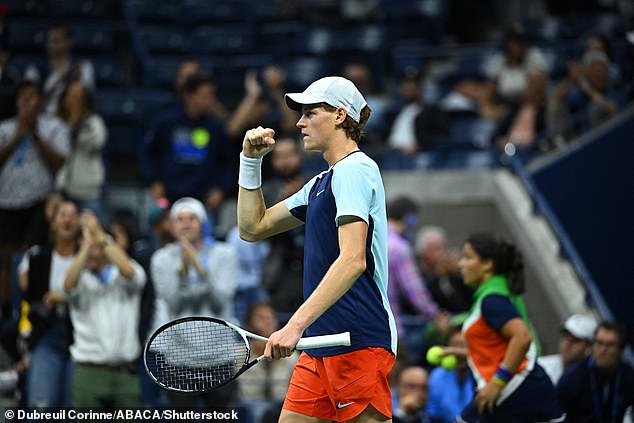 Jannik Sinner, alongside Alcaraz, has the potential to dominate the tour for years to come

Ferrero is a former French Open champion and has spent the last four years dedicating himself to developing Alcaraz, whose rise this season has not come as a shock to him.

‘It’s a surprise for everybody except me because I trained with him every day. He arrived at the academy when he was 15, he was like spaghetti — very thin.’

Emma Raducanu focused on ‘sparring partners’ after splitting with coach