Carlos Alcaraz smashed a whole host of records when becoming US Open champion on Sunday, but there is one held by fellow Spaniard Rafael Nadal that he will never be able to break. Alcaraz secured his maiden Grand Slam title with victory over Casper Ruud.

The 19-year-old saw off his fellow tennis starlet 6-4, 2-6, 7-6, 6-3 to take the crown, and become the youngest ever male player to reach world No. 1. This was just one of many records Alcaraz collected with his win, but one still evades him.

Despite both being 19 when winning their first ever Grand Slam title, Nadal was in fact just younger, as he collected his maiden major at 19 years and three days, whilst Alcaraz was 19 years and 129 days. Following a remarkable start to his career, teenager Alcaraz has been tipped to become the ‘next Nadal’.

The Spaniard has enjoyed a meteoric rise in 2022, topping it off with a famous win at Flushing Meadows. Speaking afterwards, an emotional Alcaraz paid tribute to his mum and grandfather, who were unable to attend his win.

JUST IN: Carlos Alcaraz explains breaking into tears after ‘special’ US Open victory vs Casper Ruud 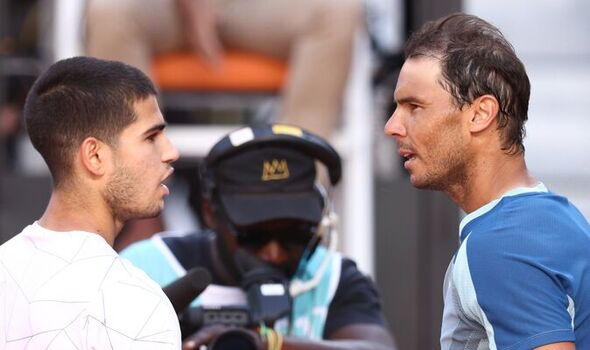 He said: “My mum is not here, and my grandfather. I was thinking about them. A lot of my family are here but there are a lot of people from my family that couldn’t come here to watch the final and I was thinking of them. 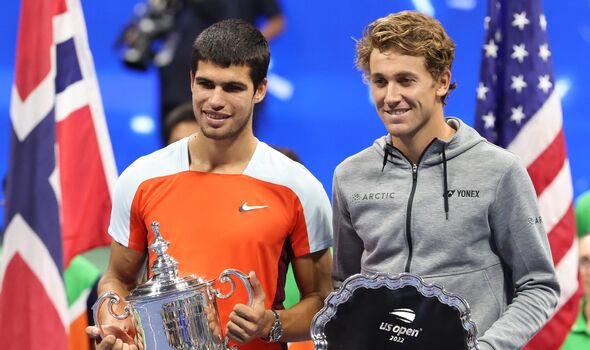 He added: “This is something that I dreamed of since I was a kid. To be No 1 in the world, to be champion of a Grand Slam.

“All the hard work that my team did, my family [did for] me – I’m just 19 years old, so the tough decisions are with my parents, my team as well. This is something that is really, really special for me.”