Alex Zverev splits from Roger Federer’s Team8 management on eve of Australian Open after a controversial year of Covid-19 breaches, bitter dispute with ex-agent and domestic abuse allegations by former girlfriend as he ‘returns to family roots’

World No 7 Alexander Zverev has confirmed he has parted ways with Roger Federer’s Team8 management company to ‘go back to the roots’ with his family.

It marks the latest development off the court for Zverev following a controversial 2020 in which he was seen flouting Covid-19 rules at the shamed Adria Tour, went to the High Court to settle a dispute with his former agent and has also faced domestic abuse allegations from former girlfriend Olga Sharypova.

The 23-year-old, who reached his first Grand Slam final at the US Open in August, has repeatedly denied the allegations levelled against him by Sharypova. 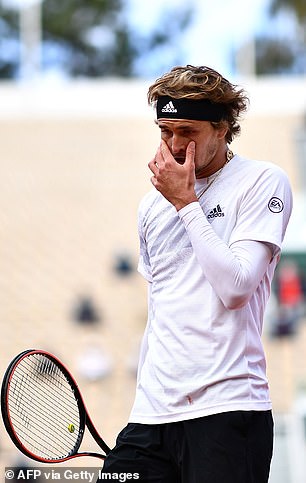 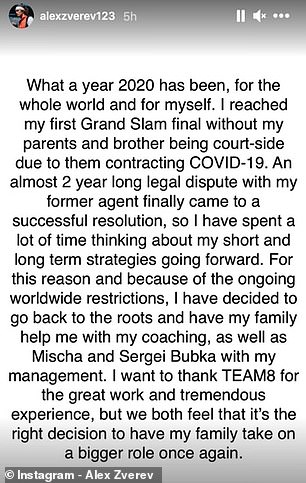 ‘What a year 2020 has been, for the whole world and for myself,’ Zverev wrote on Instagram.

‘I reached my first Grand Slam final without my parents and brother being court-side due to them contracting COVID-19. An almost 2 year long legal dispute with my former agent finally came to a successful resolution, so I have spent a long time thinking about my short  and long term strategies going forward. For this reason and because of the ongoing worldwide restrictions, I have decided to go back to the roots and have my family help me with my coaching, as well as Mischa and Sergei Bubka with my management.

‘I want to thank TEAM8 for the great work and tremendous experience, but we both feel it’s the right decision to have my family take on a bigger role once again.’ 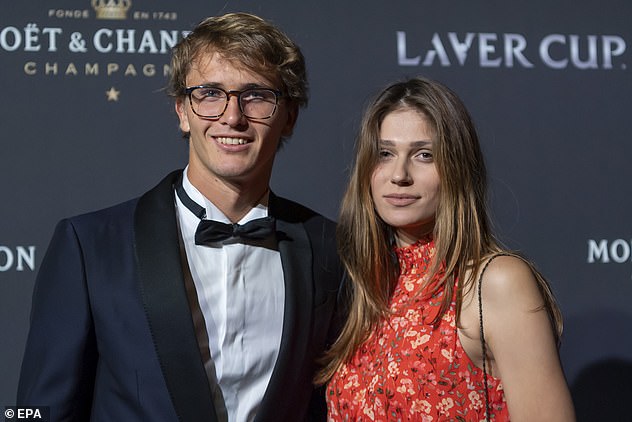 While Zverev was able to successfully resolve his two-year legal dispute with former agency ACE management at London’s High Court last month, he continues to fight against allegations of physical and emotional abuse against Sharypova.

Sharypova, a Russian former junior player, alleged that she injected herself with insulin in a suicide attempt following a row with Zverev that occurred during the Laver Cup in Geneva last year, an event run by Team8.

In an interview with America’s Racquet magazine, she said of their Laver Cup trip:  ‘We had another fight, and in that fight he punched me in the face for the first time.

‘In other fights he was pushing me, shoving me, twisting my arms, choking me. But this was the first time he punched me, really punched me.’

Confronted with the allegations in November, Zverev strongly denied ever any abuse levelled at Sharypova, who he split with in 2019.

‘While I very much regret that those allegations have been made, I have to stick to my initial thing of them being untrue and continue to deny them,’ he said. 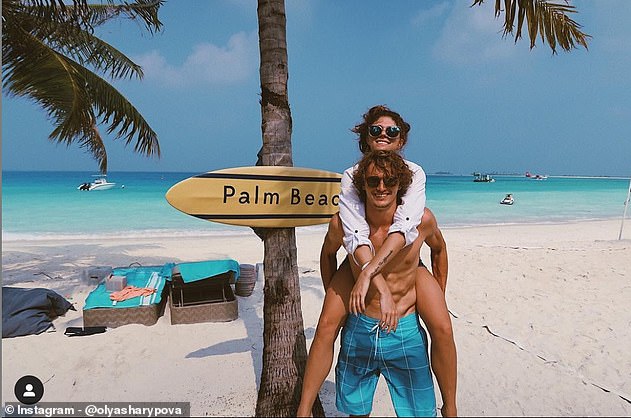 Sharypova (pictured with Zverev) alleged that she tried to commit suicide after he hit her. He has continued to strenuously deny all allegations of abuse levelled against him by Sharypova

‘These accusations are just unfounded, untrue. We had our ups and downs, but the way our relationship was described in the public is not how it was. That’s not who I am, not how I was raised by my parents.

‘It makes me sad the impact that such accusations can have on the sport, on the outside world, on myself as well.’

While his bitter public dispute with Sharypova remains the most serious off-court story for Zverev’s 2020, he was already attracting controversy for his role in the notorious Adria Tour, organised by Novak Djokovic.

Zverev, along with his fellow players, was filmed partying when others were self-isolating.

Later in the season he was heavily criticised for turning up to play at the French Open with symptoms of Covid-19 – although he subsequently tested negative. 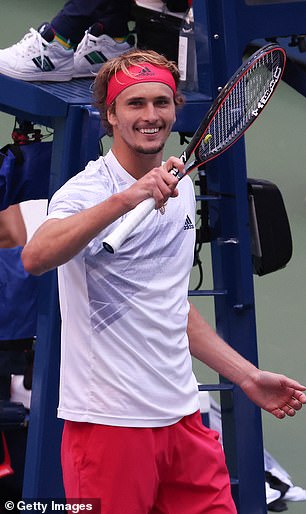 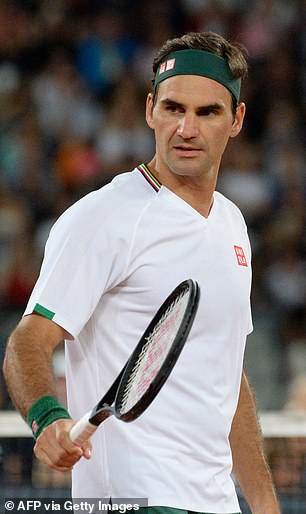 The split from Team8 comes a matter of weeks after Zverev was dumped by coach David Ferrer.

Juan Carlos Ferrero and Ivan Lendl have both also previously coached the German before deciding to walk away. Both cited his off-court behaviour as a key reason behind their respective splits.

‘I have a lot of belief in Sascha who is still very young. I think that one day he may become a great player but currently he has some off court issues that make it difficult to working a way that is consistent with my philosophy,’ Lendl said of their split in 2019.

Zverev is currently preparing to play in the Australian Open, starting next month.