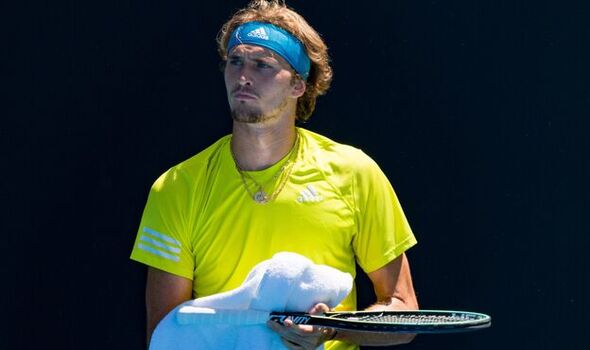 World No 3 Alexander Zverev has joined the voices of discontent over Wimbledon’s decision to ban Russian and Belarusian players from this year’s tournament. On Wednesday, the All England Club released a statement explaining their stance, saying: “In the circumstances of such unjustified and unprecedented military aggression, it would be unacceptable for the Russian regime to derive any benefits from the involvement of Russian or Belarusian players with The Championships.”

The statement did add the ruling could change “if circumstances change materially between now and June,” but regardless, the decision has been criticised by a number of high-profile players. Russian player Andrey Rublev branded it “discrimination” and said organisers would have been better served making a financial gesture to Ukraine.

World No 1 Novak Djokovic was another to slam the decision. And now Olympic champion Zverev, who represents Germany but is of Russian heritage, has argued there is “no reason why” players from the two countries should be barred.

Speaking to reporters ahead of next week’s ATP tournament in Munich, Zverev defended Rublev, who after the invasion began in February responded by writing ‘No War Please’ on a TV camera following a victory in Dubai: “I have spoken to Andrey,” he said, “He is also ready to help Ukraine.”

Zverev, 25, did however accept he felt that the ban on Russia and Belarus competing as teams in international sporting events, including tennis, was correct: “That is something against Russia, I understand that,” he added.

There is already a ban on flags of the two nations being used at tour events, with entrants from either country made to compete under a neutral banner. This stance has been adopted in most sports, with Wimbledon organisers unprecedented in their decision to issue a blanket ban on individuals.

In F1, Haas driver Nikita Mazepin was axed by his team, although that was a team decision as opposed to a directive from authorities. Both Mazepin and his father have since been sanctioned amid their close ties to Russian President Vladimir Putin.

Wimbledon’s decision does mean the tournament will be void of some star names. As well as Rublev, the likes of ATP World No 2 Daniil Medvedev and WTA No 4 Aryna Sabalenka will be missing from the event that runs from June 27 to July 10.