Serena Williams is excited to face “cool cat” Naomi Osaka as the pair prepare to lock horns at the Australian Open in a Grand Slam for the first time since their notorious 2018 US Open final.

Both have been in impressive form at Melbourne Park, with Williams showing her improved fitness in a 6-3 6-3 victory over Simona Halep in the quarter-finals on Tuesday and Osaka producing a mature display to beat Hsieh Su-wei 6-2 6-2.

It is now two and a half years since their first Slam meeting in New York, when Osaka’s first major title was overshadowed by the clash between Williams and umpire Carlos Ramos that led to the American being given a game penalty for verbal abuse.

Osaka picked up her trophy in tears amid boos and whistles but has always maintained her admiration and respect for Williams, who she grew up idolising.

The respect is mutual, with Williams praising Osaka on court for her activism after the Japanese player used her platform to highlight the Black Lives Matter movement at the US Open last year.

Williams said of the US Open final: “I think we both have had closure, and we have reached out to each other. I have definitely reached out. I think she’s a great competitor and she’s a cool cat.”

That was one of four Slam finals Williams has reached and lost since returning to the sport following the birth of her daughter in 2017. Another came at Wimbledon in 2019, when she was comprehensively outplayed by Halep and slumped to a 6-2 6-2 defeat.

A big difference this fortnight has been Williams’ improved movement and willingness to stick in rallies rather than go for winners too early. Her power game, of course, remains her big weapon and she came out all guns blazing before fighting back from 1-3 in the second set after errors crept into her game.

Williams, who is through to the last four in Melbourne for the first time since winning the title in 2017, said: “I feel pretty good with that performance. I feel like I needed to have a good performance obviously today, especially after my last match against her. So it was really important to try to play well today.

“I feel good. I’ve got to keep going. That’s obviously the goal. Obviously I have an incredible opponent to play, so it would be nice to hopefully keep raising the level of my game. I’m going to have to.

“I’m in the semi-final. That’s pretty awesome. So that’s exciting.” 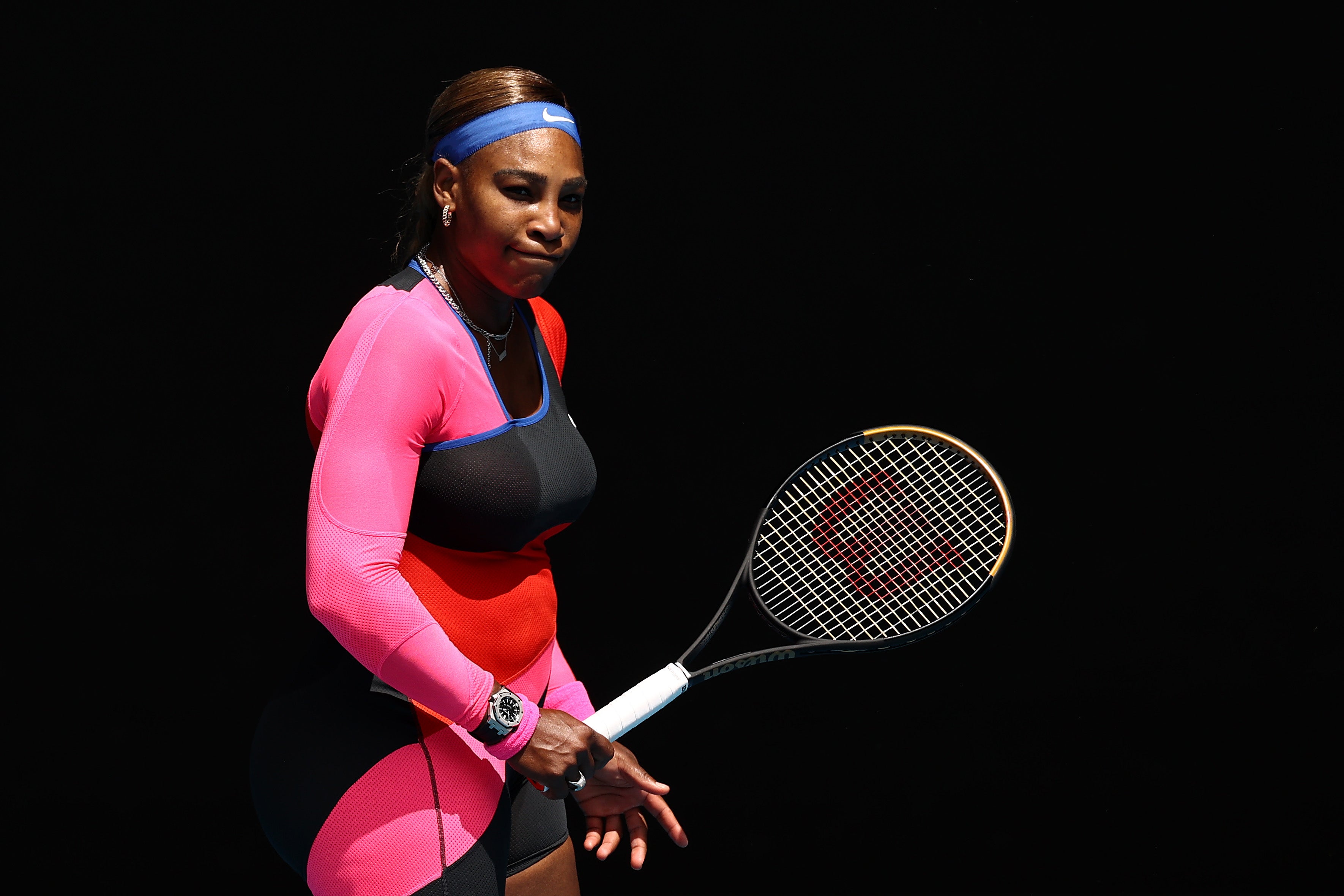 Halep noticed the difference in Williams, saying: “She’s moving better and she hits strong the balls. I feel like she’s in a good shape now.

“My feeling after this match is that I was not that far, but also she was stronger in the important moments. I had 3-1 in the second set and the serve didn’t help me much. She was very powerful at the return.

“I’m not that disappointed about myself. Attitude maybe a little bit negative the whole tournament, but I’m going to work on this, and I will come back stronger.”

Osaka made no secret of the fact she does not like playing the highly unconventional Hsieh after a close battle on her way to the title in Melbourne in 2019. But she used that experience expertly on Tuesday to ease into the last four.

She said: “I prepared myself to be frustrated, but I actually wasn’t frustrated at all today. I was able to see clearly everything.

“Someone told me that when you get angry, it’s a lack of understanding. So I started to think that whenever I got angry in matches, it’s definitely because I wasn’t understanding what was going on.

“Now that I feel like I have a better understanding of what I’m supposed to do, like having a plan today, I was definitely able to see things more.”