Serena Williams’ quest for a record-equalling 24th grand slam title is over after being well beaten by third seed Naomi Osaka.

In front of a small and stunned Rod Laver Arena crowd – the majority of which were clearly barracking for Williams – Osaka was simply too good, serving brilliantly and not allowing her champion opponent any free points. 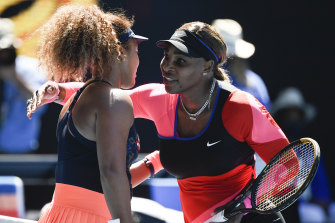 “I eased my way into it. I think the biggest thing was having fun and it was the first day of having a crowd.

“I was a little kid watching her play and just being able to play against her was a dream. It was an honour to play her.” 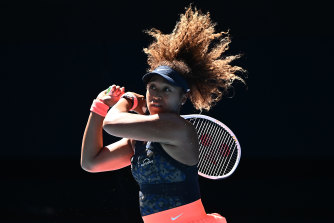 Naomi Osaka belts a backhand in her semi-final win over Serena Williams.Credit:Getty Images

Osaka will now contest her fourth final at grand slam level, against either American Jennifer Brady or Karolina Muchova, who knocked out local hope Ash Barty on Wednesday.

US Open: Jennifer Brady powers into semi-finals in New York