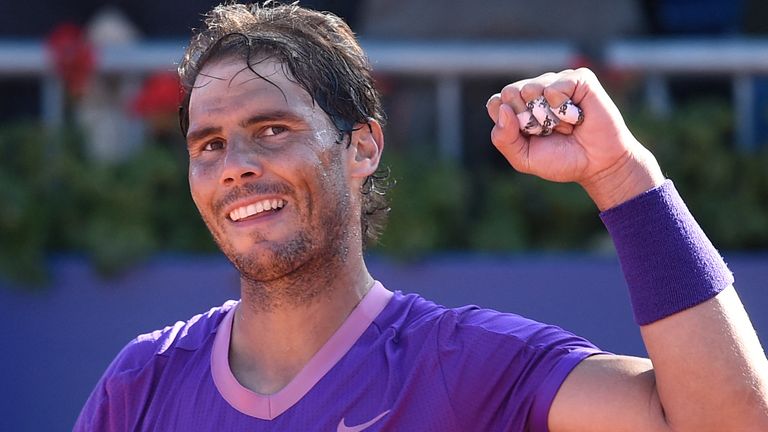 Rafael Nadal stayed on course for his 12th Barcelona Open title after coming through in straight-sets against Britain’s Cam Norrie to reach the semi-finals.

Norrie continued his fine 2021 by reaching the last eight of the event on the Catalan clay but found 11-time champion Nadal too hot to handle on the court named after him, the Spaniard winning 6-1 6-4.

The British No 2 had already reached the semi-finals of the Delray Beach Open and the quarter-finals in Acapulco this year and claimed the scalp of Karen Khachanov en route to the last-eight in Barcelona this week.

Nadal has looked a little shaky on clay so far after not playing since the Australian Open and he again made more errors than he would have liked.

But ultimately he had too much on his shots for Norrie, who fought back from a break down in the second set only for Nadal to forge ahead again in their first career meeting.

He will face countryman Pablo Carreno or Diego Schwartzman on Saturday for a spot in the final.

Norrie, 25, is continuing to climb the rankings and could be rewarded with a place in the top 50 on Monday.

Stefanos Tsitsipas beat Felix Auger-Aliassime 6-3 6-3 for the Greeks eighth straight-set victory in a row including his title run at the Monte Carlo Masters last week.

Tsitsipas will next face Jannik Sinner after the Italian teenager defeated Andrey Rublev 6-4 6-7 (4-7) 6-4.

In Germany, top-ranked Ashleigh Barty moved a step closer to her first Porsche Grand Prix title in Stuttgart as she came back from a break down in the deciding set to beat Karolina Pliskova 2-6 6-1 7-5.

Miami Open: Ash Barty and Bianca Andreescu through to final to set up first career meeting