Joe Salisbury and Harriet Dart left it late to book their spot in Sunday’s mixed doubles final after a thrilling Centre Court battle with Kevin Krawietz and Kveta Peschke.

The British pair, who are playing together for the first time at this tournament, have struck up a formidable alliance but were given a scare here before rallying under the roof to win 6-2, 4-6, 6-4.

Dart, 24, was hunted by the German-Czech pairing in the deciding set but came through impressively to go one better than in 2018 when she was a beaten semi-finalist alongside fellow Brit Jay Clarke. 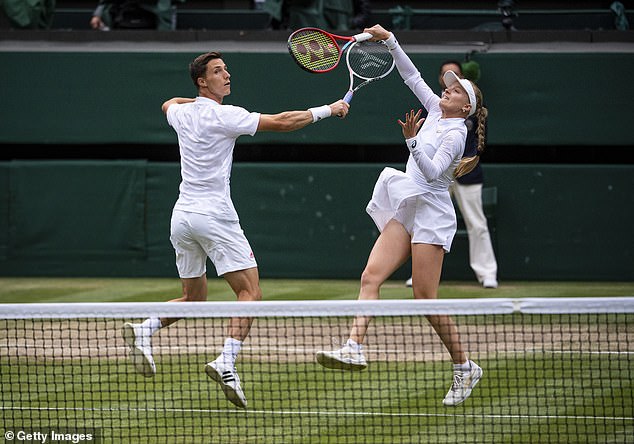 Salisbury, who has become something of a fixture in Grand Slam finals, bounced back from defeat at this stage in the men’s doubles and they add to British success with finalists in the wheelchair men’s singles and doubles, as well as representatives in the wheelchair ladies doubles

Salisbury has quickly formed a good relationship with Dart, who made the semi-finals in 2019, and they started well on Centre Court.

They took a liking to Peschke’s serve, breaking to lead 3-1 and then when it came back around to the Czech’s delivery they swooped again, converting a fourth set point when the veteran drifted a volley long.

However, the ninth seeds hit back early in the second set as Dart’s serve came under fire and that proved the pivotal moment, with no further breaks allowing them to level at 1-1. 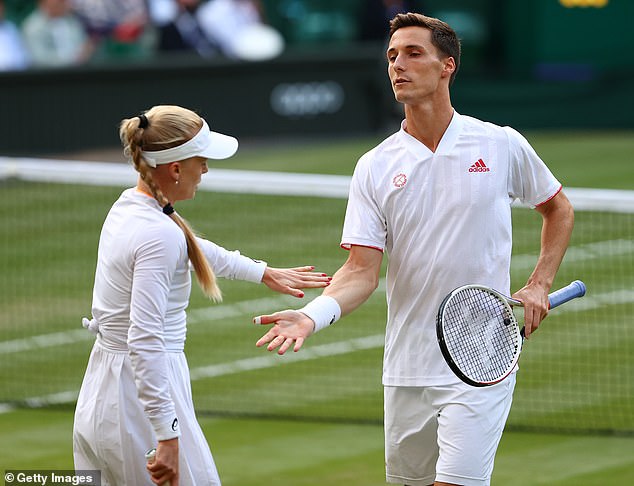 With the light fading, they closed the roof in order to continue under the lights and that break allowed Salisbury and Dart to reset.

They survived a break point on Salisbury’s serve in the first game after the restart and the deciding set played out in a tense manner.

The British pair’s chance came at 5-4 on Peschke’s serve and they finally got the job done on their third match point.

Salisbury could play his French Open partner Krawczyk, who has teamed up with Brit Neal Skupski, if they can get past John Peers and Zhang Shuai in Saturday’s second semi-final.

The 11 most ridiculous tennis tantrums