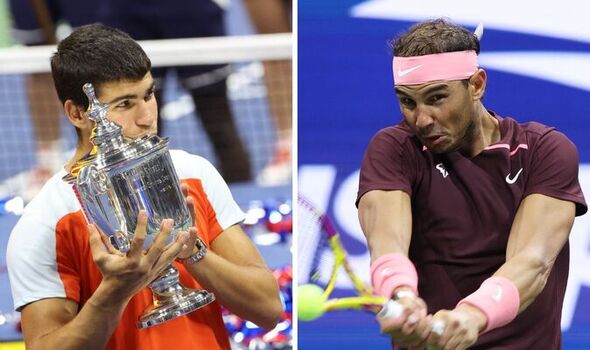 Carlos Alcaraz has been congratulated by Real Madrid following his US Open title win and ascent to world No 1. The Spanish club has long shown their support to Rafael Nadal – the last teenager to win a Grand Slam title before Alcaraz, and is now extending the honour to the 19-year-old as they celebrated his maiden Major victory.

Alcaraz made tennis history on Sunday as he became the first teenager to reach world No 1 in the rankings following his maiden Grand Slam title win at the US Open. The newly-crowned champion was also the first teen to win a Major since 2005, when a then-19-year-old Nadal won the first of his 14 French Open crowns.

The young Spaniard has now been rewarded with the same honour as his compatriot, receiving a message of congratulations from Real Madrid. Both Alcaraz and Nadal are supporters of the club, and the 14-time Champions League winners have always returned the appreciation to Nadal, celebrating his Grand Slam victories.

And Real Madrud made sure to offer the same to Alcaraz after his triumph at the US Open, taking to Twitter to write: “Congratulations on your historic victory in the @usopen , @carlosalcaraz . It is a source of pride that a great madridista like you wins his first Grand Slam and is the youngest tennis player in history to reach No. 1 in the @atptour ranking. Congratulations!”

JUST IN: US Open star defends brutal dig after officials stopped her competing 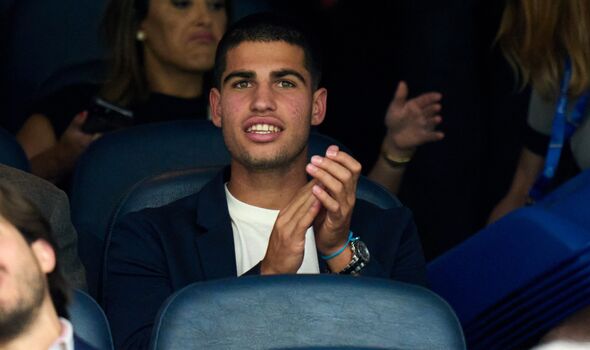 The new world No 1 joined Nadal to watch Real win their 14th Champions League in Paris earlier this year, with the final taking place during the French Open. After both he and the 36-year-old advanced to the second week of the clay-court Grand Slam in May, Alcaraz said: “Today has been a great day for Spanish tennis players and hopefully tomorrow will be too.

“I think it’s a good way to unwind and there will be time to think about the next game. I’ve always said I’m from Madrid and I’d be excited if [they] will win.” And during the Madrid Masters earlier that month, the 19-year-old referenced his beloved club after defeating then-world No 1 Novak Djokovic in the semi-final. 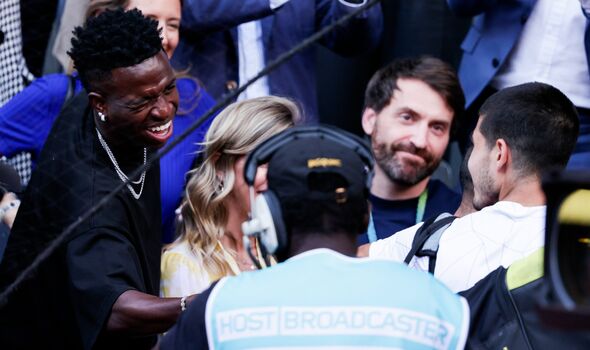 After Juanito previously said “90 minutes at the Bernabeu is a very long time”, Alcaraz paid tribute to the club legend as he wrote on the camera: “Un partido en Madrid es molto longo,” translating to “a match in Madrid is very long.”

The US Open champion had also beaten Nadal for the first time during his quarter-final in Madrid, and earned a fan in Luka Modric, who came to watch the all-Spanish showdown.

Murray asked if he regrets being in the same era as Federer, Djokovic and Nadal