Novak Djokovic is not playing in this year’s US Open due to him being unvaccinated against COVID-19. The three-time former champion, 35, confirmed he would not be able to travel to New York for the Grand Slam, which kicked off on Monday. He is not allowed to enter the US, which has banned unvaccinated travellers since October last year. The Serb has previously spoken out against Covid jabs and was deported from Melbourne in January over his refusal to be vaccinated, leaving him unable to defend his Australian Open title.

Djokovic was able to compete at Wimbledon last month, where he beat Nick Kyrgios in the final, the world number six presented with the trophy by Kate, Duchess of Cambridge.

He later shared a private chat with the royal, her husband Prince William and their son Prince George inside the All England Club — but the Duke and Duchess of Cambridge are not the only royals Djokovic has shared a special moment with during his career.

Princess Charlene of Monaco once gave the Serb a warm embrace after his performance at the Monte Carlo Masters in 2012.

Djokovic was beaten by Rafael Nadal in the clay competition before receiving his runner’s up platter from the Princess.

JUST IN: Serena Williams ‘reduced herself to being schmaltzy’ on Meghan’s podcast: ‘I’m surprised’ 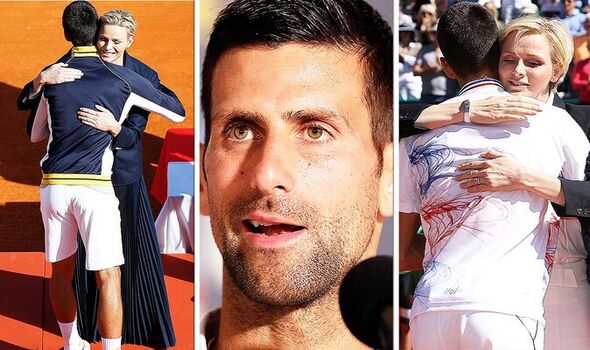 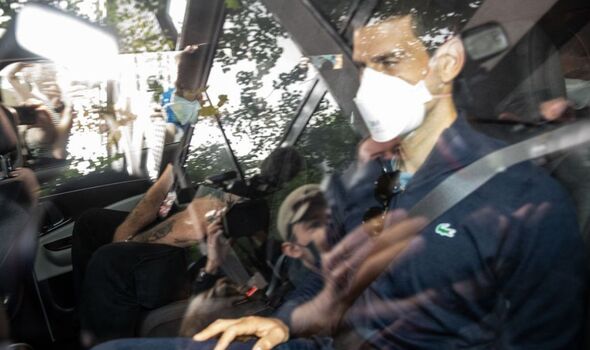 Ahead of the tournament, the tennis ace received Charlene and Albert’s recognition with another trophy after he was given Monaco’s Vermillion Medal for Physical Education and Sports, an award recognising those who have contributed to sports in the principality.

The former world number one lived and trained in and around Monaco for more than 15 years, and has met Charlene on a number of other occasions, including when he won the Sportsman of the Year prize at the Laureus World Sports Awards in 2015.

The Serb shared a laugh with the Princess as he accepted the gong at the star-studded ceremony in Monte Carlo, which was attended by the likes of Benedict Cumberbatch and Henry Cavill.

After Charlene handed Djokovic the award, he spoke highly of the recognition for his work during the previous season. 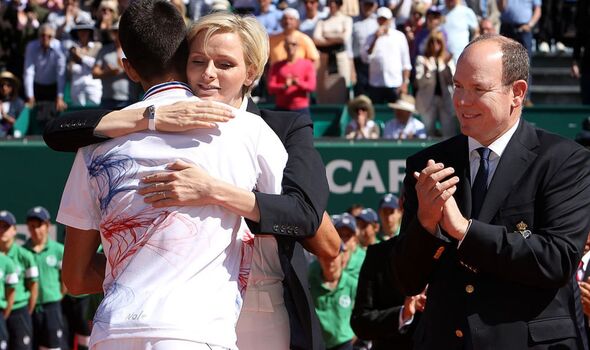 He said: “This is probably the crown of my 2014 season that was highlighted with winning Wimbledon, regaining No.1 in the world and becoming a father.

“It has probably been my best year so far in my life.

“I achieved great results, but I have to say I wouldn’t be where I am today, if it wasn’t for my team and their support.

“I owe the credit to them. I would like to thank Laureus, the institution which brings sports legends together and cares about young people around the world. 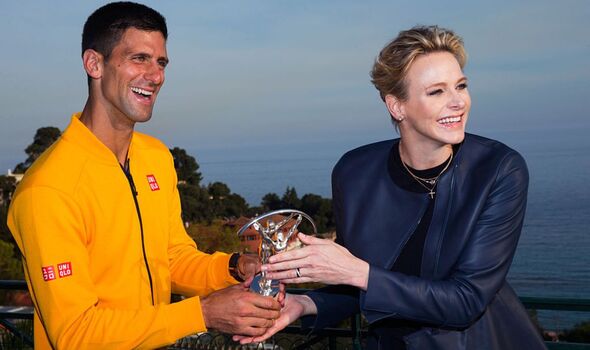 “Sport has inspired and motivated many of us, it is the language we all understand and love.”

He added: “Sport often encourages children to exercise and dream. Competition is not only to win trophies and medals.

“It is a form of personal empowerment that helps individuals reach their full potential and also results in better societies as a whole.” 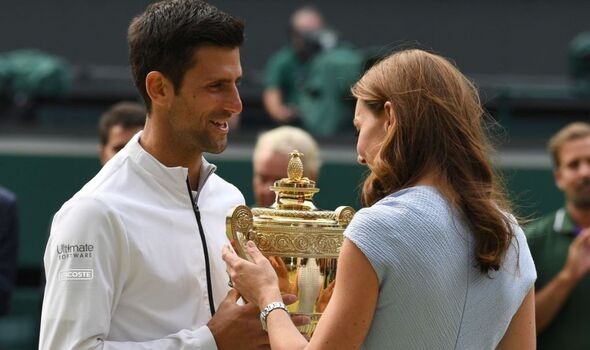 Like Djokovic, Charlene has competed as an athlete at the highest level, having previously represented her home nation South Africa as an Olympic swimmer.

Her achievements include winning the South African Championship in 1996 and winning three gold medals at the swimming World Cup in 2002.