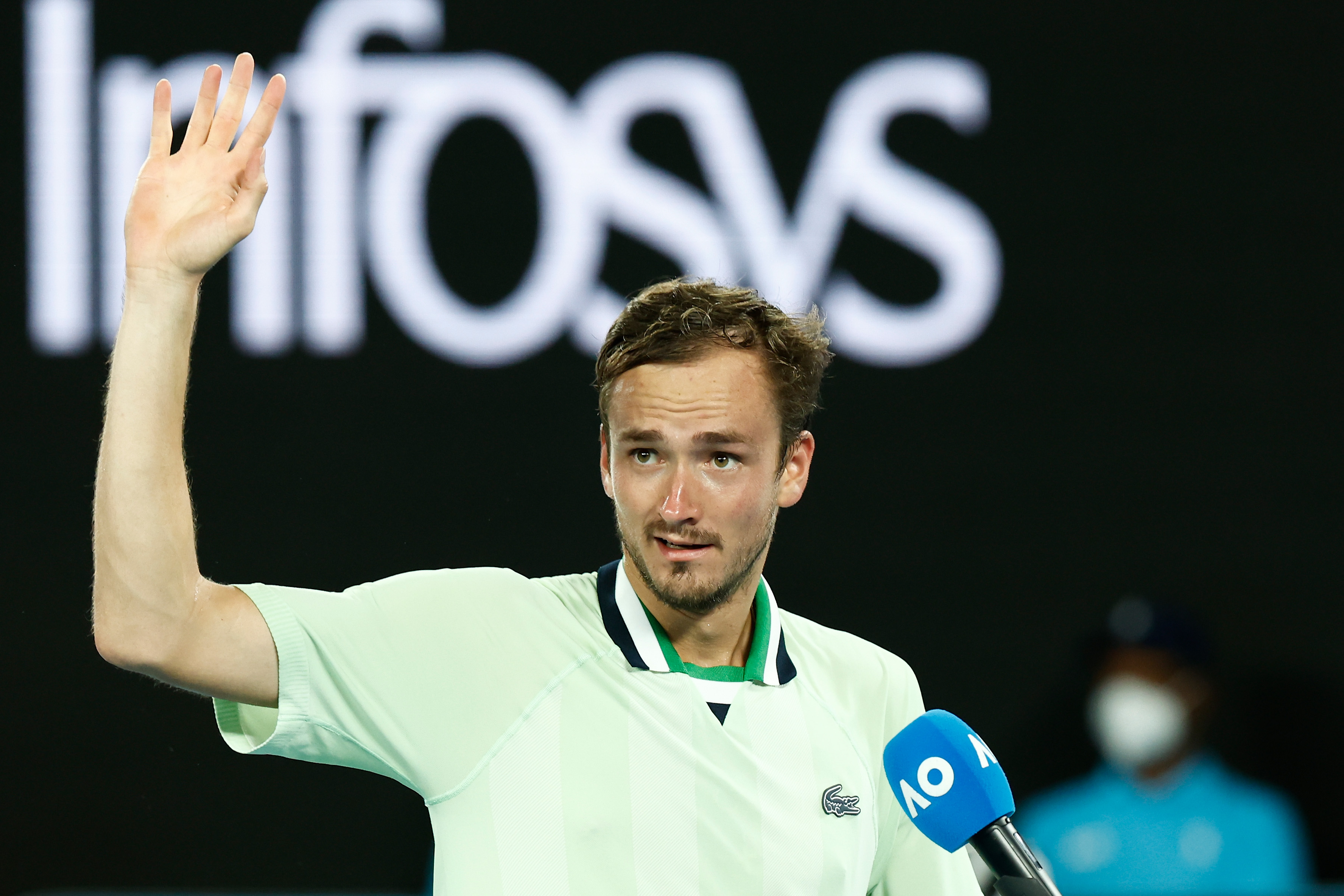 Daniil Medvedev used Novak Djokovic as his inspiration to come from two sets down to beat Felix Auger-Alliassime… but his comments didn’t go down to well with some Australian Open fans.

Medvedev admitted he had ‘no idea’ how he came through the epic five-set match, which also saw him save match point, but did channel world No.1 Djokovic’s mindset when discussing how he felt when he appeared to be on the brink of going out.

‘I have no idea,’ he replied when asked how he’d escaped Rod Laver Arena with a win.

‘Talking about the match point… I managed to serve well but if it was second serve we never know what would happen.

‘I didn’t really know what to do so I was like, actually I don’t know if people gonna like it but I told myself what Novak would do?’

At that point there were noticeable boos from the crowd, Australians clearly disapproving of the unvaccinated star who was denied a visa and deported on the eve of the tournament.

‘And you know what came to my mind was that because he’s one of the greatest champions, or Rafa or Roger to be honest they’ve won so many matches like this,’ Medvedev continued.

‘I just thought OK I’m going to make him work. If he wants to win it, he needs to know I’ll fight to the last point.

‘I managed to raise my level during the game especially in the tie-break and when they closed the roof I suddenly felt a momentum change in my game. I felt that I could go through the court more, serve better and just play better.’

Despite being a nine-time Australian Open champion, Djokovic’s popularity among Australians looks to have declined after he tried to play at the tournament under a medical exemption – all players need to be vaccinated against coronavirus.

His decision not to get vaccinated and admission about flouting isolation rules in Serbia when he tested positive in December has not sat well with some of the population who have endured strict lockdown measures over the past two years.

As for Medvedev, he’ll be hoping to get back in the crowd’s good books when he takes on Stefanos Tsitsipas in the Friday’s semi-final.