Novak Djokovic has taunted Andy Murray over his knowledge of London after Roger Federer had to explain what building the Shard was to the Scot. The humorous moment came as all members of Team Europe except Rafael Nadal took a stroll along the banks of the Thames ahead of the start of the Laver Cup, a tournament that will prove to be the Swiss legend’s last in the sport.

The Laver Cup gets properly underway on Saturday with a day of practice taking place today at the O2 Arena in the capital. Team Europe are seeking to reclaim the crown they won in 2021 from Team World and have claimed at every iteration of the event since it first got underway in 2017.

Tennis legends Djokovic, Nadal, Murray and Federer all team up on the same side along with Casper Rudd and Stefanos Tsitsipas for Team Europe. While Taylor Fritz, Diego Schwartzman, Felix Auger-Alissime, Frances Tiafoe, Alex de Minaur and Jack Sock will line up for Team World. Each day will see three singles matches and one doubles event with the team with the most victories winning the trophy.

It appears the European team are in high spirits, taking the time to go through on a walk through London, with Djokovic jovially mocking Murray after Federer had to give him a lesson about the Shard. 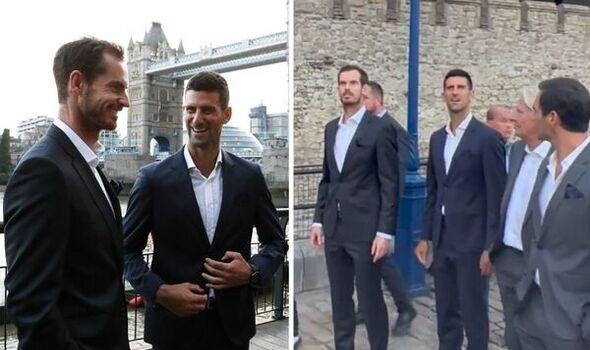 The exchange was posted on Eurosport’s Twitter page “What building this one?” Murray asked while pointing into the distance with Federer responding to tell him it was the Shard.

“That is the Shard yeah?” The Scot continued, visibly confused by the building’s appearance. “So what’s happened to it?”

“That’s how it is,” the retiring tennis star explained. “It is like a broken glass. But it is London we know that.”

Djokovic, who had been on the fringes of the conversation until that moment, then chimed in saying: “Andy he’s giving you lessons about London.” He was jokingly mocking the fact that Federer appeared to know more than the Brit about a city so close to his home. 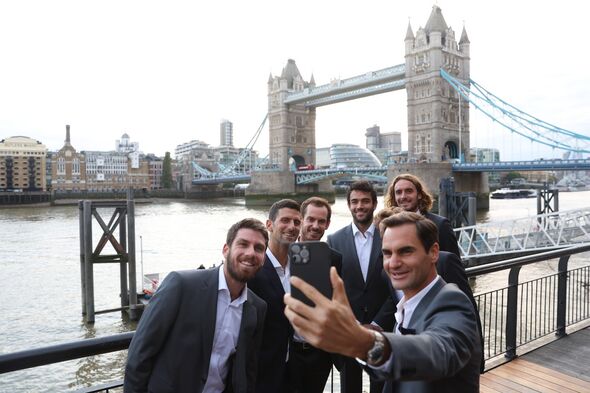 Seeing so many tennis legends together at one time is considered by many to be one of the best ways for the Swiss icon’s career to end after he announced last week that it would be his final professional event in the sport.

It was for this reason that he decided to quit at the Laver Cup, with Federer wanting to be surrounded by those he respects most in the sport.

“Having all the other guys around just felt like I was not going to be lonely announcing my retirement,” he said. “Not that I wanted to hijack this event or anything, but I always feel sorry for players who sometimes retire on the tour, say: ‘I’m going to play one more match,’ then at one point you lose and there you stand all alone.”

The Laver Cup gets underway on Friday, with Federer expected to take part in his last ever match that day, playing alongside one of his fellow stars in the sole doubles match that night.