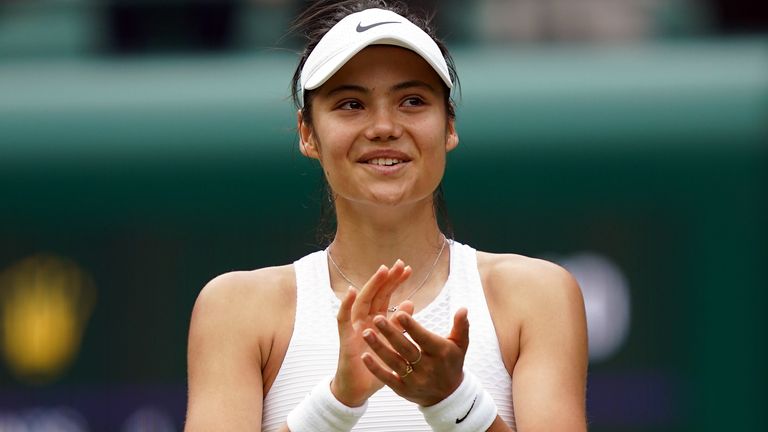 British junior No 1 Jack Pinnington Jones says teenage sensation Emma Raducanu has handled criticism against her well after she was forced to withdraw from Wimbledon.

British sports personalities from Andy Murray to Marcus Rashford have rallied to the defence of Raducanu after suggestions she quit her fourth-round contest against Australian Ajla Tomljanovic because she could not handle the pressure.

The previously little-known 18-year-old, ranked 338 in the world, was the last British player standing at Wimbledon after a series of sensational wins which quickly elevated her to the front and back pages of every media outlet.

Just over a month ago she had not even contested a match on the main WTA tour and was just finishing her A-Level exams. Pinnington Jones, who is the newest recruit to join Murray’s sports management agency, is a player who is being hotly-tipped to do well in the future.

Speaking after his opening win in the boys’ singles at the All England Club, he said: “I think she’s handled it really well. I know Emma and she’s an amazing girl so I think it’s harsh.

“She’s made the fourth round as an 18-year-old at Wimbledon. It’s special and I feel there will always be criticism but she’s handled it well.

“If I ever get to that situation I feel like I would do the same thing. She’s been amazing.”

Pinnington Jones has received plenty of advice in the short time he has been with Murray’s agency, and the Surrey player says speaking with the two-time Wimbledon champion on a regular basis has been a “priceless” experience.

“Andy has gone through so much adversity in his career. He’s still here, enjoying it and playing third round at Wimbledon,” said Pinnington Jones.

“I feel that he’s gone through so much at the start of his career to when he was able to win his first few finals in Slams and then winning three and the Olympics, so that sort of advice is going to be very important.” 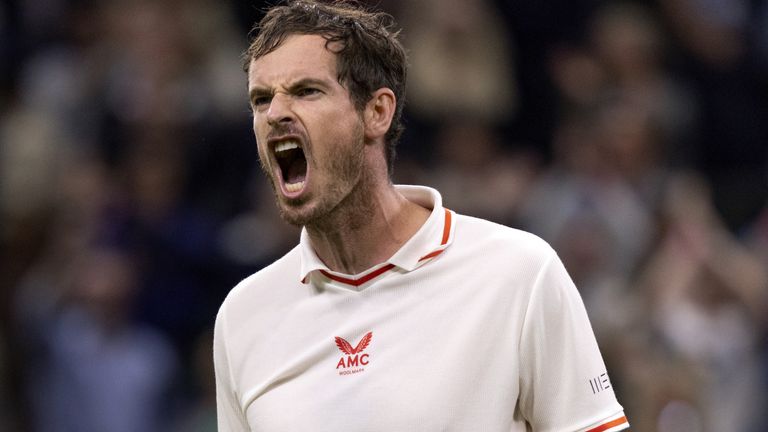 He continued: “I’m really enjoying it. They’ve been great so far and they’ve done everything they have said, which is amazing. The direct link to Andy has been priceless as well, especially with his experience. He wants British tennis to really push on and do great things. He’s really trying to support everyone.

“I remember when I hit with him at Wimbledon on the hard-court we were discussing backhands and where he aims when it’s a higher or shorter backhand, where he wants to be contacting the ball and things like that. His own mindset of how he plays those shots and just listening to the way he approaches and thinks those moments it’s amazing.

“I’ve also been hitting with him a bit on the clay as well.”

Pinnington Jones, who heads into Wimbledon on top form having won the ITF Junior International at Roehampton, added: “Just the general conversation is very enjoyable. You can see he still wants to play and he still loves it – it’s refreshing.”

Roger Federer and Serena Williams: Does Wimbledon cancellation have knock-on effect for legends?

Roger Federer hoping to be ‘100%’ fit for Wimbledon