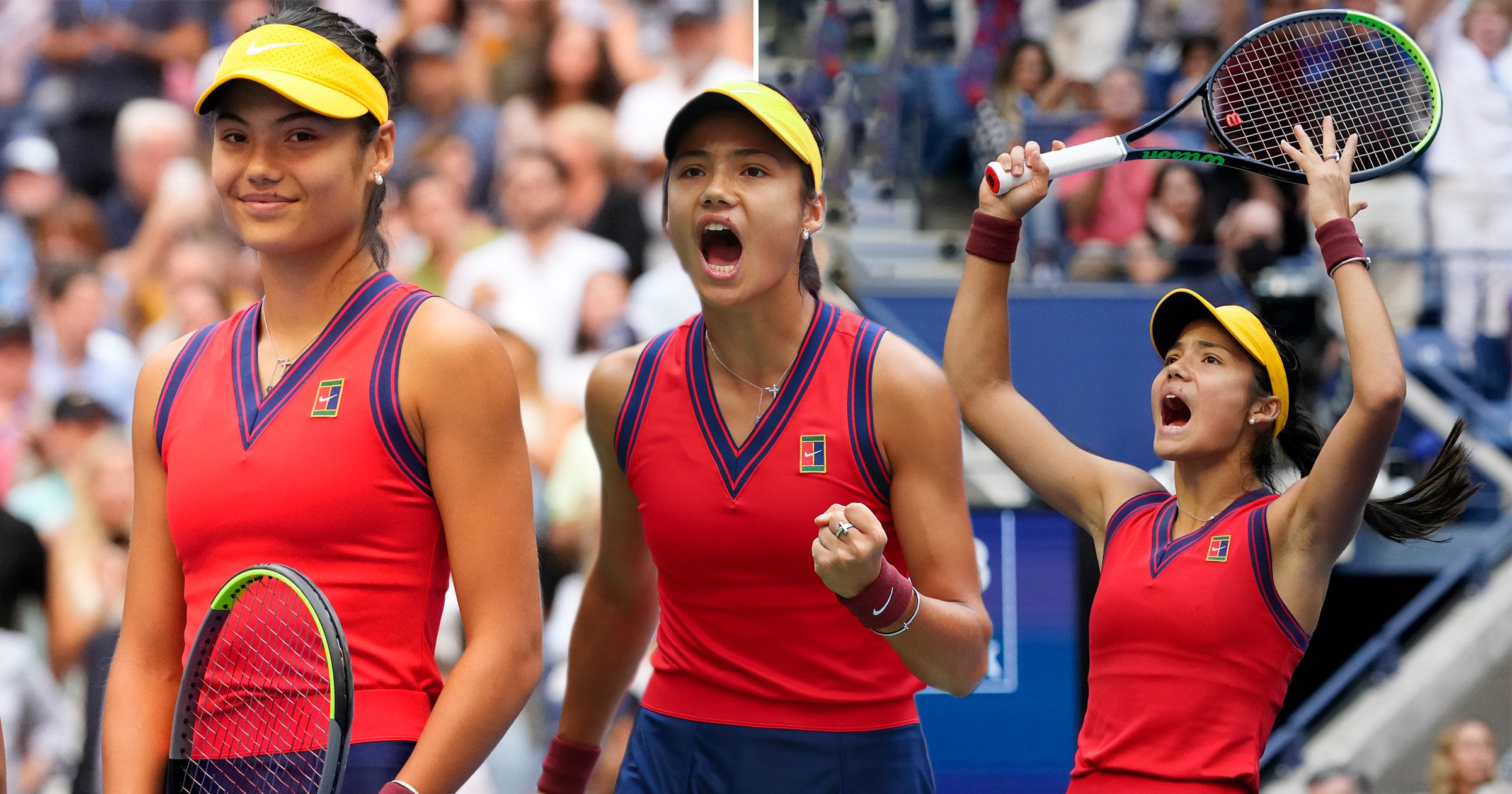 Emma Raducanu made her dreams a reality as she became the US Open champion after beating Leylah Fernandez 6-4, 6-3 in a thrilling final.

The 18-year-old British sensation becomes the first ever qualifier to win a Grand Slam and the first British woman since Virginia Wade in 1977 to win a major.

Her tenth match of the tournament, having played three qualifiers, proved to be her toughest opponent in what will go down as a final to remember.

Any sign of nerves for Raducanu playing in front of a packed out Arthur Ashe Stadium proved non-existent as she held serve in the opening game, a brutal crosscourt backhand earning some early cheers.

Raducanu soon found herself with six break point opportunities in the second but Fernandez’s resilient defence made it clear, unlike some of her previous opponents, this was not going to be a walkover.

Wearing her favourite red attire, it was Raducanu who drew first blood to break the Canadian but a few misfired backhands saw Fernandez break straight back.

If the first three games taking 23 minutes were anything to go by then tennis fans were in for a treat.

Down 0-30 in the fifth after a double fault, Raducanu upped her excellent wide service game before Fernandez put a backhand return long to hold.

Short rallies, long rallies, net play… there was little to separate the pair, and as Raducanu held again to move 4-3 up with a huge forehand, even the crowd were yet to take sides, cheering every special point played out in front of them regardless of who won.

While Raducanu persevered with her aggressive forehand and backhand shots, Fernandez seemed most keen to explore alternatives, a deft drop shot expertly placed out of her opponent’s reach the highlight.

A stunning return ace left Raducanu with two set points but Fernandez saved both with equally courageous tennis. After saving a third, a decisive forehand from the Brit saw her let out a roar of emotion and urge the crowd to side with her as she went within a set of creating history.

Nineteen sets played, nineteen sets won. Raducanu was hungry for that final one and after holding serve, she had three break points which Fernandez desperately needed to hold, and she did.

But Fernandez wasn’t going to make it easy. A fortunate drop for the Canadian gave her two break points and Raducanu’s backhand into the net looked set to shift the momentum.

Raducanu wasn’t buying into that narrative though as she made the most of break point with a wonderful return ace to level at 2-2.

Raducanu was hitting her corners with clarity and commitment and before long she’d broken Fernandez again – this time a ridiculous forehand getting away from her opponent down the line.

Fernandez had to save two championship points at 2-5 as the crowd cheered for more tennis, they desperately wanted a deciding set.

The drama did not end there. Raducanu then needed a medical time out after slipping and cutting her knee as she went for a low backhand as Fernandez’s frustrations boiled over.

Both players continued to fight hard but in the end nobody was stopping Raducanu’s fairytale story ending in disappointment.

Yet this is unlikely to be just a one-off fairytale, Britain has it’s new Queen of tennis for many years to come.

Dan Evans through to Erste Bank Open quarter-finals in Vienna

Paire provides coronavirus scare for US Open after testing positive