Raducanu stormed to the US Open title on Saturday night

British sport welcomed a new superstar into their ranks on Saturday night as Emma Raducanu clinched the US Open title without dropping a set.

The 18-year-old, competing in her first season on the WTA Tour, is the country’s first female Grand Slam winner in 44 years and the first qualifier to ever win one of the four major tournaments.

And given her age, success and marketability, she has now been tipped to potentially become the UK’s first billion-dollar sportsperson.

As reported by The Guardian, PR guru Mark Borkowski said: “This is the start of something epic. She is a billion-dollar girl, no doubt about it.

“She is the real deal. It’s not just that she plays extraordinary tennis, it’s also her background, her ethnicity, her freedom of spirit.

“People also love the fact that she is vulnerable, but laughs the pressures away.”

Borkowski has worked with a number of global superstars including Michael Jackson, Joan Rivers and Led Zeppelin.

Meanwhile, Raducanu is represented by agent Max Eisenbud, the man who worked with Maria Sharapova after she won Wimbledon aged just 17.

Raducanu has already changed her life forever following the US Open as she picked up a cheque for £1.8 million. 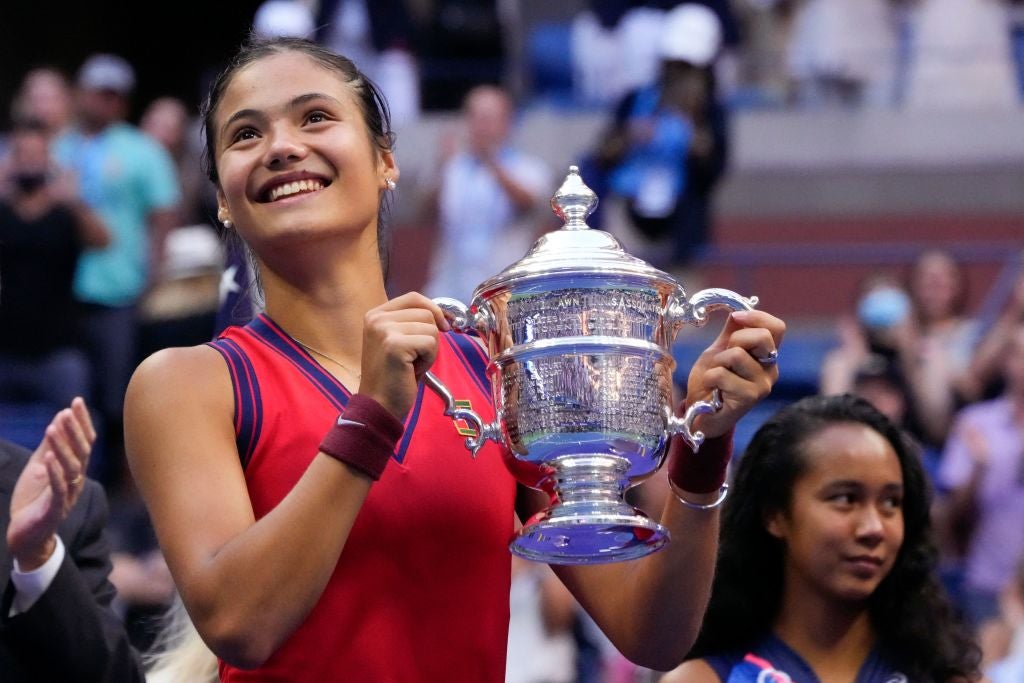 Raducanu has enjoyed a sensational first season on the pro circuit

A huge 9.2 million British viewers who tuned in to watch her dominate Canadian Leylah Fernandez 6-4 6-3.

She also doubled her Instagram following in less than two days, a figure which now stands at 1.6 million.

Charlie Beall of the digital consultants Seven League, who works for Raducanu’s management group IMG along with other major entities such as Barcelona and the NBA, gave a more in depth analysis of her social media power.

He said: “In the last week she has had an Instagram interaction rate of 38%, which is extraordinary.

“Essentially, it is the percentage of people who like, share, or view your content and shows how engaged your audiences are. To put it into context, most brands would be delighted with 1%.”

It feels like the start of something for the teenager, as opposed to her being at the peak of her powers. And former British number one Tim Henman believes there is much more to come from the youngster.

He said: “She is going to win more of these. This is not some flash-in-the-pan fairy tale. She is playing top-five tennis right now. It is going to be one hell of a ride.”