Former world number seven Barbara Schett has urged Emma Raducanu to develop a ‘signature shot’ if she’s to strike fear into her opponents near the end of a difficult year after her incredible 2021 US Open victory. Raducanu will defend her crown at Flushing Meadows, starting from August 29, as her maiden full-time season on the WTA tour nears its conclusion.

The 19-year-old Brit, ranked 13th in the world, dazzled at this month’s Cincinnati Open, beating Serena Williams 6-4 6-0 and Victoria Azarenka 6-0 6-2. But she bowed out against Jessica Pegula in the third round, and even against Williams, it was clear she didn’t possess that recognisable shot that has helped the American make tennis history.

Schett has insisted to Raducanu that she needs ‘those weapons’ at her own disposal to take her game to the next level. But she admitted the Grand Slam champion still has plenty of time to develop and backed her to lift major gold again in her promising career.

She told Eurosport: “When she played that match against Serena Williams, you could see Serena still has those weapons, even though she made a lot of unforced errors because she’s not at her best anymore. That’s what I’d like to see with Emma Raducanu, that she really develops this one shot where everybody is afraid so you can say, ‘ok, this is her signature shot’. She doesn’t have that yet.

JUST IN: Emma Raducanu told she can ‘draw a line in the sand’ by Tim Henman 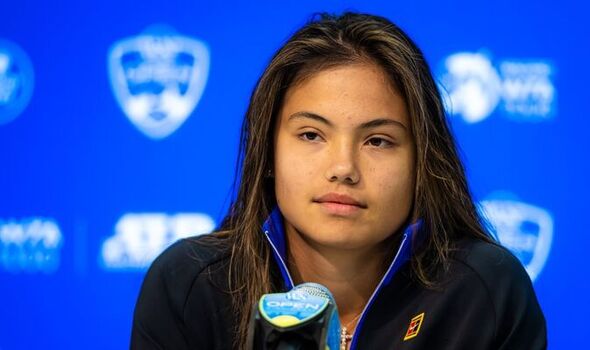 “Don’t forget she’s still only 19 years of age, so she still has so much time to develop. Serena Williams could be the mother of Emma Raducanu. So just give her a little bit of time, and I’m sure she has very good opportunities to win another Grand Slam title.”

Raducanu has 2000 points to defend from her US Open triumph last year, so if she suffers an early exit, she will plummet down the WTA rankings and could drop outside of the top 60. And after failing to reach the third round at the Australian Open, French Open and Wimbledon in 2022, Schett believes that outcome is likely. 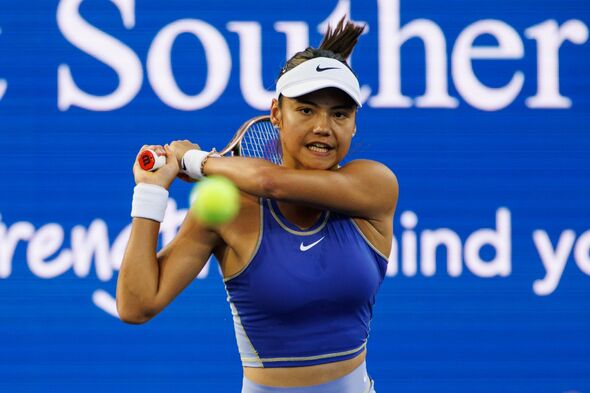 “The way she’s been playing this year, there’s a good chance this [an early exit] is going to happen,” Schett explained. “The chances that she’s winning the US Open once again, I think, are not huge because she hasn’t performed at a tournament where she has won many matches in a row for a long period of time, since last year, pretty much.

“So that’s what I’m worried about the most. But she’s prepared, I think, and she wants to prepare for the journalists as well because she’s probably going to get a very hard time, especially from the Brits.”