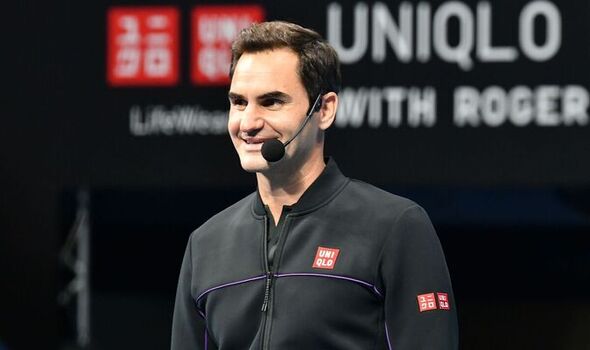 Roger Federer has opened up on the biggest realisation he has made since retiring from tennis two months ago. The 20-time Grand Slam champion ended his 24-year career at the Laver Cup back in September and has now admitted he never grasped just how demanding it was to compete on the tennis tour.

Federer hung up his racket during the Laver Cup as he returned from a 14-month injury layoff for one last match alongside long-time rival Rafael Nadal before officially ending his career. The 41-year-old admitted he had to listen to his body after battling with a knee injury for the better part of three years before ultimately deciding to retire.

The former world No 1 has now made his first public appearance since retiring, as he took part in his sponsor Uniqlo’s Lifewear Day in Tokyo and reflected on the first couple of months since ending his professional career. And the 103-time title winner has lifted the lid on just how stressful life as a tennis player can be, admitting it was something he didn’t even realise until after it was over.

“As a tennis player you’re always thinking about your next practice, your next match. It never lets you go, your next travel, your next packing,” Federer explained. “I don’t think I was that much aware of it, how much that thought is always there, and it rides with you, until you retire and then you realise that stress all drops away.”

The 41-year-old used doping as an example, with players required to take drug tests at random when requested. He continued: “Doping as an example. We have to fill out doping forms every single day, one hour during the day, where you are. You’re always aware in the back of your head, they could be coming any moment, especially in that hour.”

And Federer confessed that he had been feeling “lighter” since finally ending his career after a couple of years spent mostly on the sidelines through injury. “Once that all drops away you actually feel lighter, relieved that you can actually live normally again after 25 years,” he added.

The eight-time Wimbledon champion also said he understood why some players opted to retire at a younger age given the demands of the tennis tour, with the likes of Ash Barty ending her career earlier this year aged just 25, while she was No 1 in the world and the reigning champion of both the Australian Open and Wimbledon. “When players retire at a super young age, I totally understand it,” he said.

“We see it from time to time. I always feel it’s such a pity, because there could still be so much going on in the future. I see players are trying to stay on the tour longer, and maybe also what’s happened in the past is that players do realise you can take three months off, or six months off, or a year off, and still be able to come back again and give yourself a rest.”

And Federer thought the demands of the tour could be behind some of the mental health problems that players faced as he reminded fans that athletes were human. He concluded: “The tour is tough…the travel, the practice, the jetlag. Nobody is allowed to say, ‘I’m tired today,’ because it looks like you’re weak, and that’s why players sometimes end up with mental problems. You’re supposed to show strength. But we’re not machines, we’re human beings.”

US Open 2021 experts’ picks – Outside Djokovic, our eyes are on Medvedev, Barty and Osaka