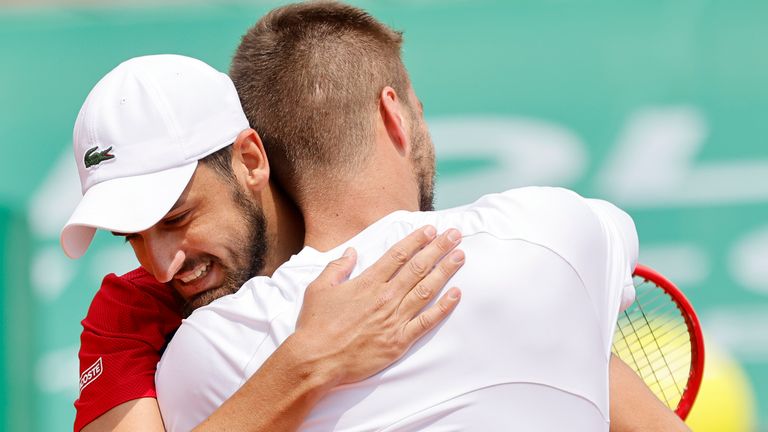 A men’s doubles pair were removed from the French Open draw after testing positive for COVID-19, the French tennis federation (FFT) said on Wednesday.

Tournament organisers said that both players were in the same team but did not name the pair.

Croatian top seeds Mate Pavic and Nikola Mektic, who would have been strong favourites for the title, have been replaced in the draw by Spanish duo Pedro Martinez and Pablo Andujar.

Another Spanish pair, Feliciano Lopez and Jaume Munar, who had been due to face Mektic and Pavic, also disappeared from the draw and order of play, to be replaced by as-yet-unnamed alternates.

A statement read: “The Roland-Garros tournament organisers confirm that two players from the men’s doubles draw, on the same team, have tested positive for COVID-19.

“In line with the tournament’s public health and safety protocol, the pair have been removed from the draw, which commenced yesterday, and the two players placed in quarantine. They will be replaced by the first team on the alternate list.

“Since the beginning of the tournament, 2,446 tests have been performed on players and their teams. This is the first occurrence in which the tournament organisers must remove players, in accordance with their health protocol.”

Britain’s Jamie Murray and his partner Bruno Soares are already through to the second round, while Cam Norrie and Jonny O’Mara went out after losing to French pair Nicolas Mahut and Pierre-Hugues Herbert.

Naomi Osaka not surprised by the depth of women’s tennis, citing success of Jennifer Brady and Garbine Muguruza