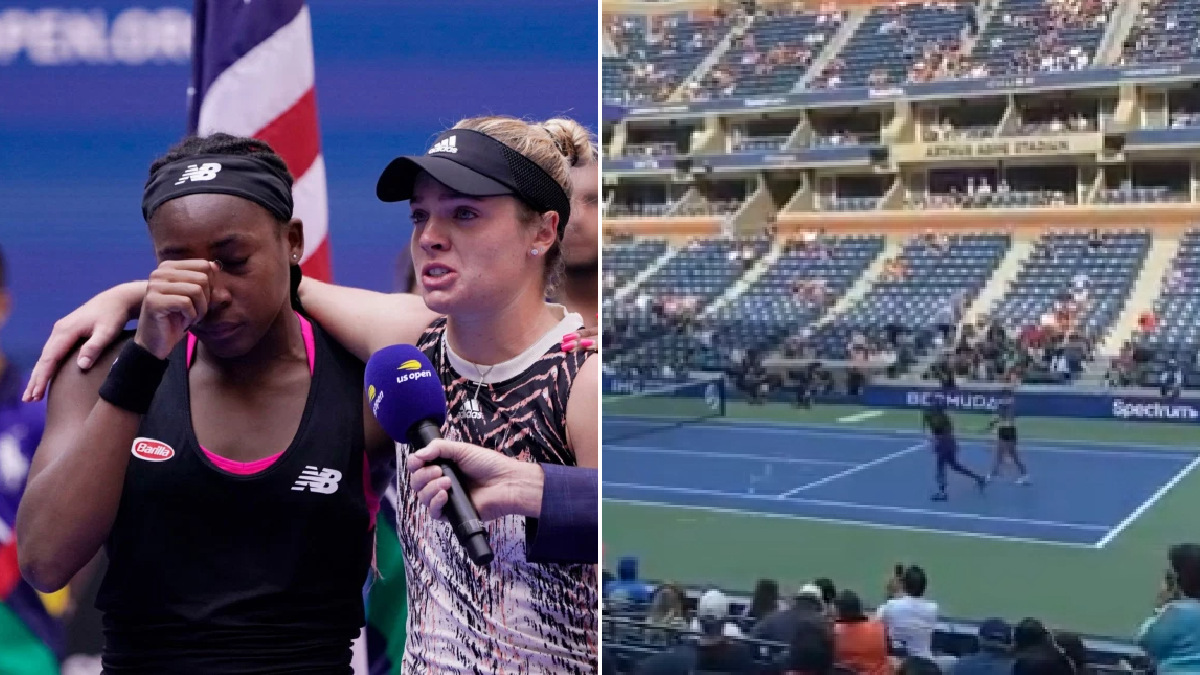 Coco Gauff could be facing a hefty fine after her furious reaction to losing the US Open doubles final saw her throw her racket into the advertising board, narrowly avoiding a fan.

A closely fought battle resulted in a nervy final set but two missed returns by the Americans in the final two points gave a second Grand Slam title to the veterans.

And it was Gauff’s reaction to losing the match that has caused quite the stir on social media.

The 17-year-old at first slammed her racket into the floor before then hurling it in the direction of the advertising boards to the side of the court.

According to those inside the stadium, the racket bounced up and nearly hit a child.

Wow. Coco Gauff furious at the end of the womenâs doubles final, having lost.

She smashed her racquet into the ground and then flung it into the advertising boards, nearly hitting a fan.

After shaking hands with her opponents at the net, Gauff headed over to the young boy to apologise and to say sorry she gifted him one of her rackets.

US Open officials could now come down hard on Gauff’s conduct with the likes of Daniil Medvedev and Nick Kyrgios also being punished for similar offences in Grand Slams in recent years.

In her post-match interview Gauff paid tribute to her teammate McNally while also sharing an emotional story about her opponent Stosur.

‘I want to say thank you to Caty, I had a lot of fun playing with you,’ she said.

‘Thank you for always supporting me. A lot of people don’t know this but Sam Stosur was my first-ever autograph.

‘Thank you to the New York fans for supporting us.’

‘I just wanted to thank Coco these past couple of weeks … we’ve been through a lot together but I’m really lucky to have you.

‘We’re gonna figure it out, I know we will. It’s just a great experience. I just love you, I hope you know that.’

‘I’ve got to go play tennis’: Inside the tortured mind of Nick Kyrgios

‘It’s a nightmare here’: French player melts down on court and off at US Open