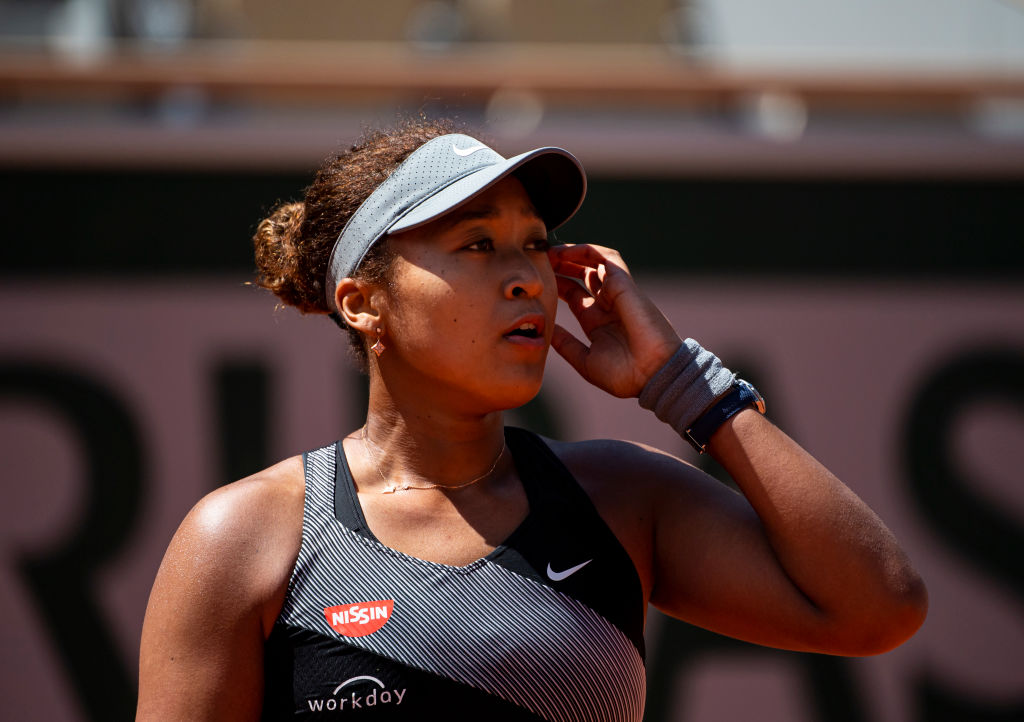 The Grand Slam tournaments have publicly offered their support to Naomi Osaka following her French Open withdrawal, having threatened to boot her out of the tournament just days earlier.

Osaka had publicly declared she would not be attending press conferences at Roland Garros, which saw her slapped with a fine of more than £10,000 and told she could not only face expulsion from this tournament but from future major events, too.

That decision was taken out of the authorities’ hands when Osaka withdrew from the event, citing mental health problems she had been struggling with since the US Open in 2018.

‘The truth is that I have suffered long bouts of depression since the US Open in 2018 and I have had a really hard time coping with that,’ she wrote in a statement.

‘I am not a natural public speaker and get huge waves of anxiety before I speak to the world’s media,’ she continued. ‘I get really nervous and find it stressful to always try to engage and give you the best answers I can.’

Osaka added that she would ‘take some time away from the court now’ and the Grand Slam events have now awkwardly shifted their position to offer support for her return.

‘On behalf of the Grand Slams, we wish to offer Naomi Osaka our support and assistance in any way possible as she takes time away from the court,’ a joint statement from Australian Open, Wimbledon, French Open and US Open chiefs read.

Laura Robson, the former British No. 1, gave her view on the situation earlier on Tuesday.

‘Had the organisers known that she was suffering from depression, would they have gone out so strongly with a statement? Probably not,’ she told the BBC. ‘I think saying that she was potentially going to be defaulted was always quite strong and maybe unnecessary.

‘I think this can open up a much wider conversation on how the process can be improved and things on both sides can be looked at as a way to deal with these press conferences better.

‘With Osaka and other people who are struggling, I think, absolutely, you don’t put them in any situation that’s going to make you feel really uncomfortable and really unsupported.

‘Maybe the answer is for the first couple of rounds of a Slam you get someone in from the player’s team in the press conference room instead, answering the same questions, with similar insight.

‘I mean they know exactly what’s happened out there and it just takes some of the pressure off the player, they are able to focus on their tennis, especially in the first week, when there is so much going on.

‘I really don’t think there’s an easy answer here but, absolutely, mental health should be the main priority.’