If tension wasn’t already high between Andy Murray and Nikoloz Basilashvili on Centre Court at Wimbledon in their opening round clash then hawkeye only added to that in the fourth set. Murray looked to have the match all wrapped up inside two hours having raced a two-set lead.

The two-time Wimbledon champion then went 5-0 up in the third set and was serving for the match.

But Basilashvili turned the screw when it mattered most to cause a stir on Centre Court.

The No 24 seed went on to win seven consecutive games to force a fourth set in unbelievable scenes as Murray faltered.

Both players were then given a small break as the roof was closed with play resuming before the start of the fourth. 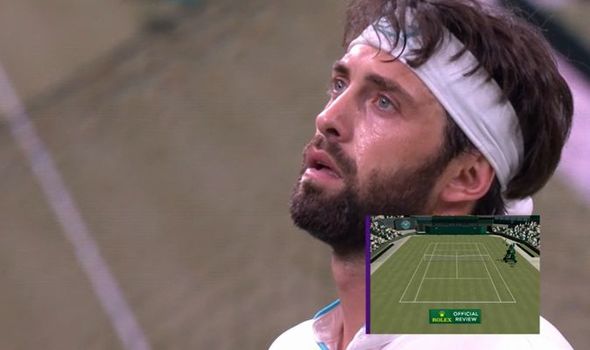 The pair then all lost their own serve in the opening three games, but Murray was able to take the early advantage.

Then more drama followed with Murray up 3-1 and Basilashvili serving with the score at 30-30.

He challenged a call on his second serve landing out with hawkeye being called to determine the outcome.

But several minutes went by with nothing happening on the hawkeye screen before the umpire stuck with the original call.

The resulting call gave Murray a break point opportunity to go up 4-1 to give him a great chance at closing out the match.

But Basilashvili once again battled back to stay in the match and keep Murray at arms length.

Speaking after Murray faltered in the third set, John McEnroe admitted he was left stunned at what happened.

“I don’t believe what I just saw,” McEnroe said on BBC. 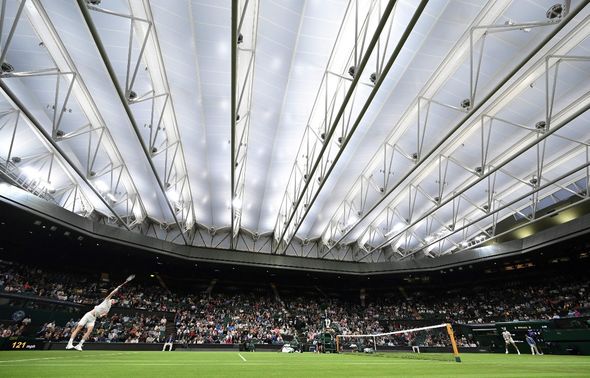 “I’m gonna look at the glass half full and say that the guy started to battle again but he looked like he’d quit a few games earlier.

“The next thing you know he gets a break back, then a second break, then a third break… he lost his serve four times in a row and he hadn’t even lost his serve up to that point.

“What in god’s name did we just say in here,”

“Could someone explain to me what just happened.”

Naomi Osaka: World No 2 should be ‘supported and applauded’ after French Open withdrawal, says Sloane Stephens