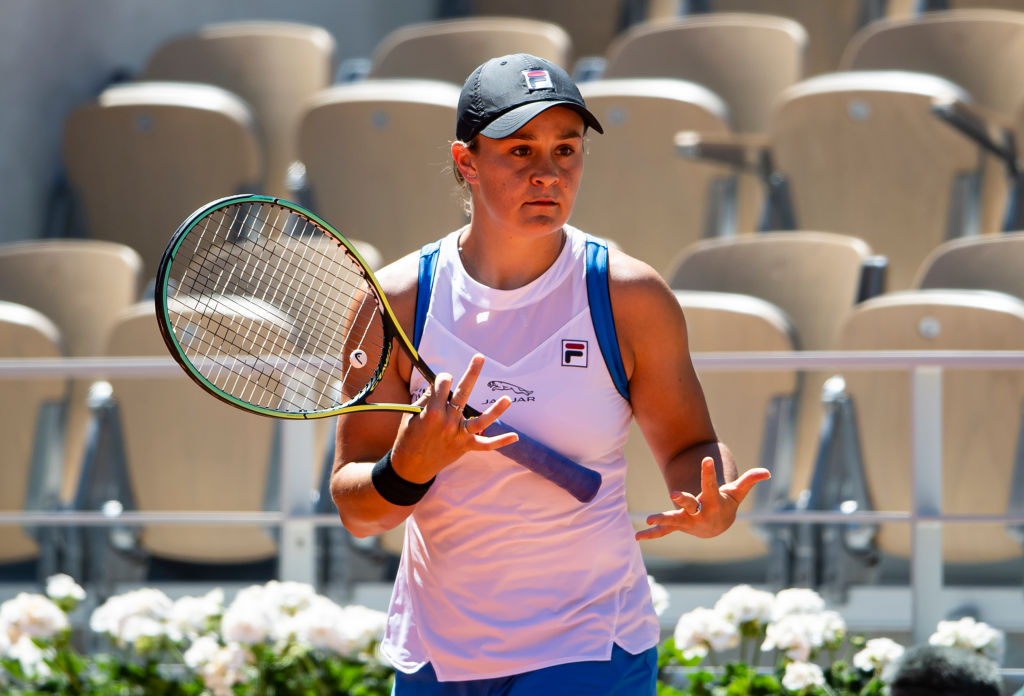 Ash Barty admitted her French Open retirement was ‘heartbreaking’ after she suffered an injury on the eve of the tournament.

Barty, the world No. 1 from Australia who won the title in 2019, confessed she had shed tears during the first few days of the event after suffering an ‘acute’ left hip injury during practice at the weekend.

She said the injury, that was seriously hampering her serve, was becoming ‘unsafe’ during her second-round match against Magda Linette, which saw her throw in the towel at 6-1 2-2 down.

And Barty, who hopes to be ready for the grass-court swing, lamented the timing of the injury after such an impressive clay-court season in which she won the title in Stuttgart and reached the final of the Madrid Open.

‘It’s heartbreaking,’ said Barty in her post-match press conference. ‘I mean, we have had such a brilliant clay court season, and to kind of get a little bit unlucky with timing more than anything to have something kind of acute happen over the weekend and just kind of run out of time against the clock is disappointing.

‘It won’t take away the brilliant three months that we have had, as much as it hurts right now.

‘It’s disappointing to end like this. We have had – I mean, I’ve had my fair share of tears this week. It’s all good. Everything happens for a reason.

‘There will be a silver lining in this eventually. Once I find out what that is, it’ll make me feel a little bit better, but it will be there, I’m sure.’

The injury – which transpired from ‘landing on serve one day, and that’s all she wrote’ – is something new to Barty and her physio so they are seeking external advice on how best to handle it.

‘No, completely new injury, and I think, yeah, something that I’ve never experienced before, even chatting with my physio, not something she has seen regularly either,’ she added.

‘So we’ve been consulting with people all over the world to try and give us some insight into what the best ways to manage it are, to handle it, and I’m confident we do have a plan. It’s just that we ran out of time here.

‘It’s disappointing but not panic stations in a way where we – I mean, we know what’s going on. We just need time to manage it to get back on the court as quickly as we can.’