The two tennis greats said on Monday (AEST) that Wimbledon had acted unfairly.

“I think it’s very unfair [on] my Russian tennis mates, my colleagues … it’s not their fault what’s happening in this moment with the war,” Nadal, a 21-time grand slam singles winner, said in Spain where both he and Djokovic are preparing to play in the Madrid Open. 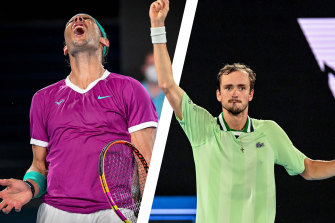 “I’m sorry for them,” Nadal said. “Wimbledon just took their decision … the government didn’t force them to do it.”

Nadal added: “Let’s see what happens in the next weeks, if the players will take some kind of decision in that regard.”

The ATP and WTA tennis tours have both publicly criticised the All England Club’s decision, which was announced April 20.

The prominent players affected by the ban include reigning US Open champion Daniil Medvedev, Andrey Rublev, and French Open runner-up Anastasia Pavlyuchenkova, who are all from Russia. Victoria Azarenka of Belarus, which has aided Russian forces, would also be unable to play.

Djokovic reiterated his stance and compared the situation of the excluded players to what he went through in January when he was unable to play the Australian Open. He was deported from Australia for not being vaccinated against COVID-19.

“It’s not the same thing, but going through something similar earlier this year for myself, it’s frustrating knowing that you’re not able to play,” Djokovic said. “I still stand by my position that I don’t support the [Wimbledon] decision. I think it’s just not fair, it’s not right, but it is what it is.”

The All England Club had justified its action in a statement first posted on Twitter.

“In the circumstances of such unjustified and unprecedented military aggression, it would be unacceptable for the Russian regime to derive any benefits from the involvement of Russian or Belarusian players with the championships,” the statement read.

British ace Andy Murray has criticised the government for its stance on Russian and Belarusian players, which he feels has left the All England Club in a near-impossible position.

In an emotional interview at the Madrid Open, Murray said that he could see both sides of the debate, which has received heavy criticism from players around the world. 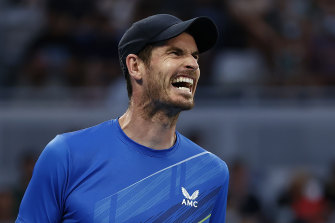 But while Murray told reporters that “I’m not supportive of players getting banned”, he pointed out that many were “forgetting why Wimbledon are in this situation, and it’s because there is a war going on in Ukraine and there is people getting murdered and killed and raped. The guidance from the government was not helpful”.

Murray, who is due to play his opening match at the Madrid Open on Tuesday (AEST) against Dominic Thiem, the 2020 US Open champion, added: “My understanding of the guidance was that Russians and Belarusians can play if they sign a declaration that they’re against the war and against the Russian regime. I’m not sure how comfortable I would feel if something happened to one of the players or their families [as a result of signing the form].

“Some of the stuff that I’ve read is that Wimbledon only cares about itself, it doesn’t care about the players. [But] some of the people who work there were ex-players as well, and I don’t think that is a fair criticism. I feel for everyone, feel for the players that can’t play, and I don’t support one side or the other.”

AP and The Daily Telegraph

Ranking the NHL’s best current rivalries: Where does Lightning-Panthers fit in?
Recent Posts