Yet it ended in a narrow defeat at Eastbourne where Maxime Cressy, the 6ft 6in serve and volleyer ranked 60th in the world, proved too much for the young Brit in the semi-finals.

There is no shame in losing to Cressy, who this week also defeated Britain’s top two ranked men in Cameron Norrie and Dan Evans en route to the final in East Sussex. 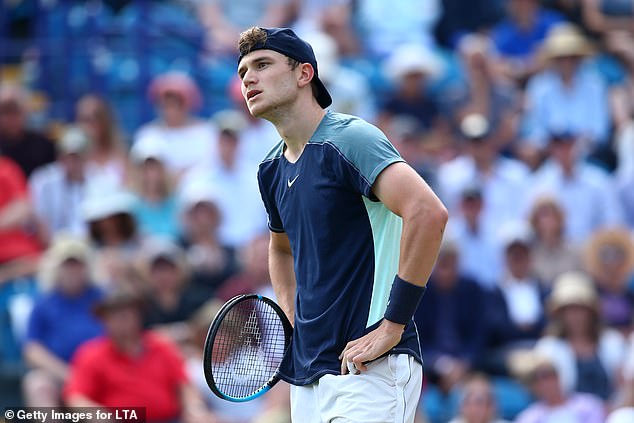 It is an indication of Draper’s lofty ambitions that he left court so disappointed with Friday’s 7-6, 6-7, 6-3 loss in two hours and 40 minutes, however.

The 20-year-old from London is demanding more from himself than ever and has been enjoying himself on grass. In recent weeks Draper has beaten Taylor Fritz, the world No 14, at Queen’s and Diego Schwartzman, the world No 15, at Eastbourne. Given his own ranking of 108, this hasn’t been a bad fortnight of preparation on the green stuff. 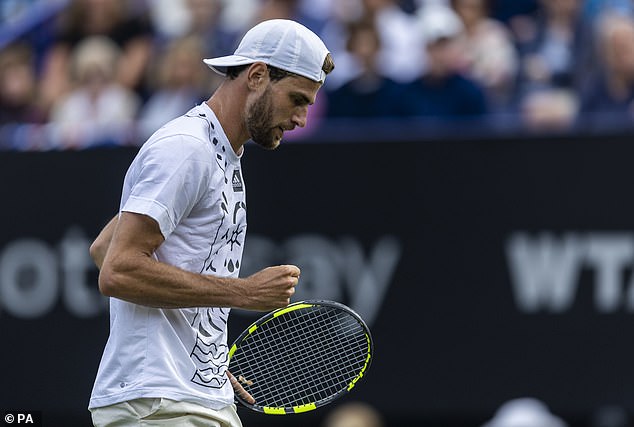 Cressy was always going to be a challenge for Draper and neither man dropped his serve in the opening set. It went down to the wire with Cressy pipping the tiebreak 7-5. Naturally, it was a serve and volley winner that sealed the set for the American.

With Draper leading 5-4 in the second set, Cressy called a medical time-out, a physio moving his left leg back and forth to loosen it. It went to another tiebreak, this time Draper took it 7-2.

In the deciding set, Cressy broke Draper for the first time to take a 4-2 lead. Serving for the match, the American fell 0-40 down. The Brit had his chance to break back but Cressy dug deep, winning five points in succession to secure a spot in the final in Eastbourne. 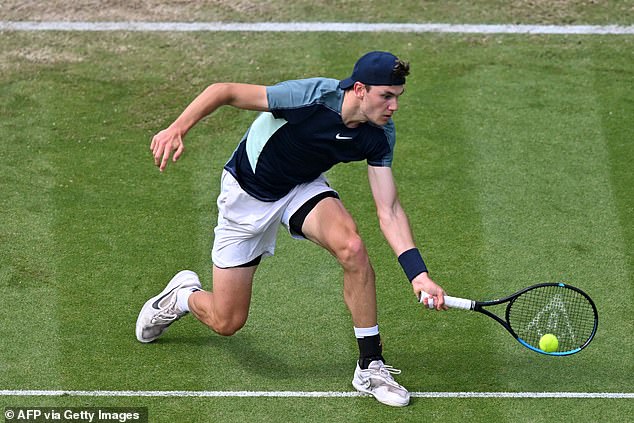 ‘I apologise for this week,’ Cressy said, smiling to the crowd. ‘I know I’ve made all the Britons lose!’

Draper’s Wimbledon first-round opponent Bergs is ranked 146 in the world, though the 23-year-old is deceptively dangerous. Just last week he won the Ilkley Trophy, becoming the first Belgian to triumph on grass since Olivier Rochus in 2009.

Still, Draper will fancy his chances of reaching the second round at SW19 after a good run on the grass.