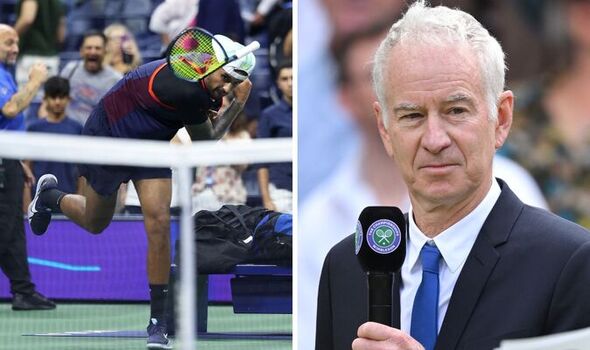 Nick Kyrgios has been assured of going “too far” following his US Open defeat to Karen Khachanov. John McEnroe became the latest person to criticise the Aussie for smashing multiple rackets during and after his five-set loss, as he claimed Kyrgios was taking away from the 27th seed’s celebrations.

Kyrgios’ impressive summer came to an end in the US Open quarter-final as Khachanov beat him 7-5 4-6 7-5 6-7(3) 6-4 in a marathon three-hour-and-39-minute battle on Tuesday night. The 27-year-old has started to win over some of his old doubters by reaching the Wimbledon final, winning his seventh singles title and beating world No 1 Daniil Medvedev twice in a month – including in New York.

But it all started to unravel as the world No 25 was caught on camera smashing rackets at his bench as the Russian celebrated his win in front of a packed Arthur Ashe Stadium crowd. The Aussie had already smashed a racket after blowing break points at the end of the fourth set and received an unsportsmanlike conduct warning for his behaviour as he then launched an X-rated rant at his support box.

McEnroe has now called Kyrgios out for his antics during and after the match, having previously claimed that the 22nd seed in New York had started behaving “beautifully”. The seven-time Major champion said the Aussie had gone “too far” despite understanding his frustrations. 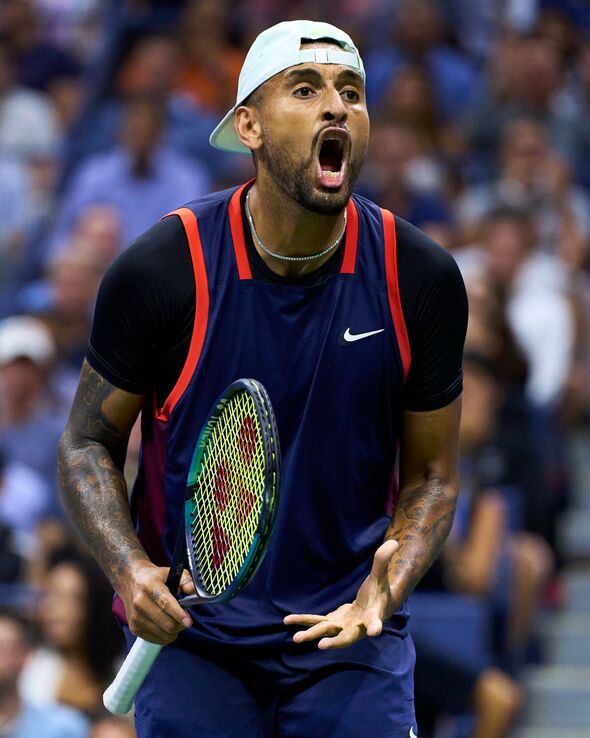 “That was after the match so it was a little unbecoming because – I get he’s frustrated – but this is when Khachanov is walking in the centre of the court [saying], ‘Thank you very much the eight people that were on my side,’” he told Eurosport. “So that was going too far – I know something about that.”

But the former world No 1 also pointed out that Kyrgios was finally showing that he cared about the sport and his results, as he continued: “Nick obviously does that almost every match. We saw the full Nick there. To me, I’ve always said it’s better to go out and try and fail than to not try at all.

“So he’s finally gotten there. We need to encourage him to keep going and battling.” After the match, Kyrgios was devastated as he shared his emphasis on the Grand Slams and claimed results at other tournaments didn’t matter as he struggled with the thought of waiting until January’s Australian Open for another shot at a Major title. 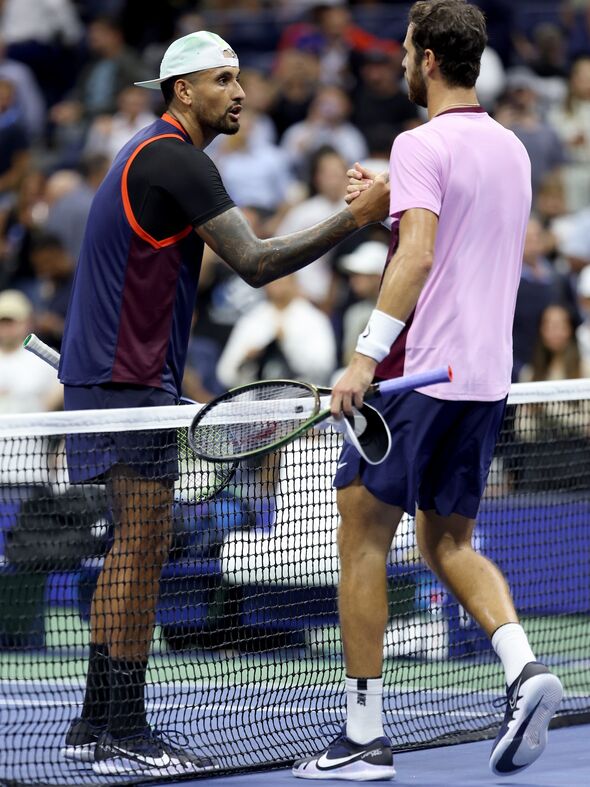 “I feel like these four tournaments are the only ones that ever are going to matter. You got to start it all again. I have to wait till the Australian Open,” he said. “It’s just devastating. Like it’s heartbreaking. Not just for me but for everyone I know who wants me to win.”

And McEnroe was happy to hear Kyrgios’ frustration, explaining: “He’s got to build up some respect in the locker room for being a competitor, a fighter, and that’s what he did last night. I mean, he fought to the very last point and to show that he’s frustrated – yes, I don’t like when you break the racquets, you know that – but he showed he cares now.

“He’s paid his dues the last three to six months – he’s played a lot more tournaments. I wouldn’t poo poo the other tournaments completely, because that sets you up ranking wise so he would get easier draws potentially – that’s important. But obviously he’s right that people are going to remember how you do in the Slams.”

Rafael Nadal admitted he ‘felt like crying’ over Catalonia crisis: ‘My heart sank’