Home » Tennis » John McEnroe astounded by Novak Djokovic at Wimbledon – Are you kidding me?

Novak Djokovic is going to win the calendar-year Grand Slam this year, according to John McEnroe. The world No 1 was once again in impressive form on ‘Manic Monday’ at Wimbledon in dispatching Cristian Garin in straight sets.

He’s yet to drop a set since losing his first of the tournament against Britain’s Jack Draper in the opening round.

Daniil Medvedev may be Djokovic’s closest challenger to win his sixth Wimbledon title.

Denis Shapovalov has also impressed while Roger Federer remains a threat so long he is in the draw.

But Djokovic has been unbeaten at Wimbledon since 2016 and is once again the man to beat this tournament. 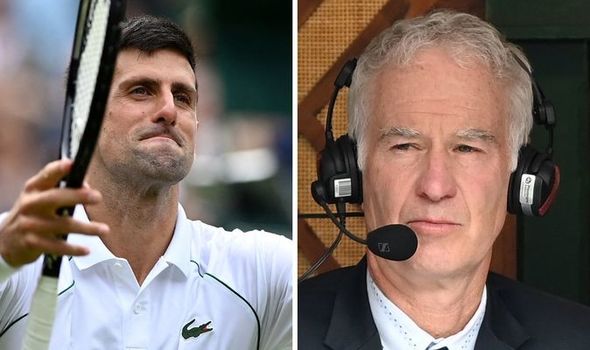 The 34-year-old has enjoyed arguably his best start to a season as well having dominated at both the French Open and Australian Open.

And he remains on course to win the calendar-year Grand Slam for the first time in his career.

McEnroe has been left amazed what Djokovic is doing at this stage of his career.

And while the seven-time Grand Slam champion accepts somebody could cause an upset at Wimbledon, he doesn’t see anyone beating Djokovic on current form.

“He still looks like the champion,” he said on BBC.

“That doesn’t automatically mean it’s going to happen but I take him over the field.

“I think he’s going to win the Grand Slam.”

He added: “This is the 50th time he has been in a Grand Slam quarter-final, are you kidding me?

Can anyone stop Novak Djokovic winning all four Grand Slams in 2021? Join the debate in the comments section here 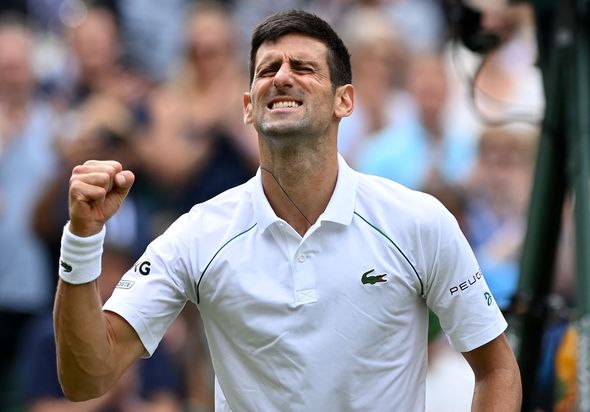 “This is crazy stuff that we’ve been witnessing in the last 10-15 years with these three guys.”

Djokovic will now face Marton Fucsovics in the quarter finals on Wednesday with the winner of that match taking on either Karen Khachanov or Denis Shapovalov.

Federer is in the other half of the draw and he takes on Lorenzo Sonego later on Centre Court.

Roger Federer PULLS OUT of fourth round of the French Open

‘This is incredible’: Barty on cusp of glory after booking ticket to Wimbledon final