John McEnroe has insisted he has no regrets over his controversial BBC comments about Emma Raducanu at Wimbledon last year. “I wouldn’t say anything different,” he said.

The American legend, now 62, caused a social media storm when claimed the Centre Court occasion got “a little bit too much” for the Bromley teenager when she withdrew from her last 16 match with breathing difficulties.

Raducanu appeared in an England shirt the following day to reveal she had “felt dizzy” and her Wimbledon run to the fourth round had “caught up” with her.

She went on to win the US Open three months later.

And before Raducanu’s competitive return to SW19 next week. McEnroe said: “I wouldn’t say anything different. I have four girls of my own. I’ve never met Emma but I was just giving lan educated guess as to what I thought was happening, based on 45 years of being around the professional game. 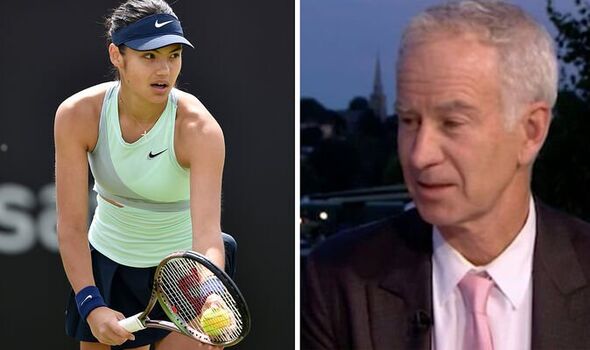 “Naomi Osaka’s had issues with mental health. This has been going back as far back, when I was playing. You were supposed to grit your teeth and bare it and get through it and tough it out and this type of stuff. Now it’s becoming more of a discussion point, rightfully so. A lot of times for these young guys and girls, it’s a lot to deal with when they’re not prepared to. It’s a dream, but it’s also can be quite difficult, like overwhelming.

“Simona Halep said she had the first panic attack of her life playing at the French Open. So this is something that’s being discussed more and more. I was trying to be supportive of her without exactly knowing what was happening. And I felt bad for her. And I was amazed that she was able to come out of that and suddenly win the US. Open. I’m on her side. Just for the good of the game, I’d like to see her be able to reach her potential.”

McEnroe admitted: “I think you have to be a little more careful” with his comments in 2022.

But he explained he thought he was qualified to speak about mental pressure at the top of the game after opting to miss Wimbledon in 1986 and 1987 to take a break from the sport following his marriage to Tatum O’Neal. 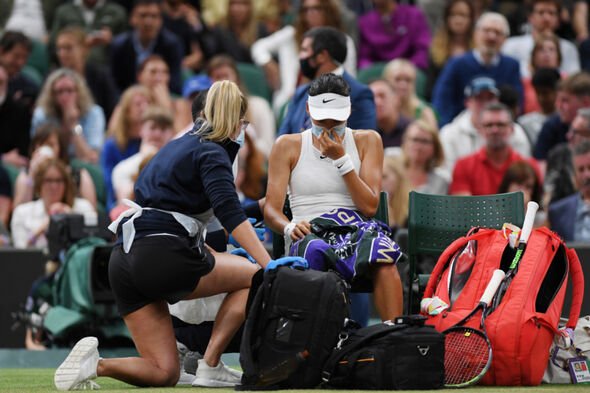 “But the sport’s given me a lot and I try to encourage, or to suggest that people would listen and give free advice to people if they’re willing to hear it. I went through stuff, I was overwhelmed at times. I didn’t play Wimbledon for two years (in 1986 and 87).

“I felt like it was too much for me. We don’t sit and discuss that that often. But I chose not to go. Do I wish that I’d done that now? No, I wish I had played in a way. I gave up two opportunities to play for something that no one remembers, basically, and maybe some of it was stubbornness, some of it may have been stupidity, but some of it was because it was feeling like it was too much to handle. I feel like I generally could handle a lot.”

After Raducanu’s early exit at the French Open, McEnroe talked about her “revolving door of coaches” since last summer.

“I’m not exactly sure how involved her family is in her coaching,” he said. “Tennis players are pretty superstitious people and to win a Major without losing the set and then getting rid of your coach right after that, that seems, just from a superstitious point of view, unusual.”

John McEnroe is part of the BBC’s Wimbledon 2022 line-up. Catch all the action across BBC TV, radio and online from Monday 27th June.

Dominic Thiem sets up US Open final with Alexander Zverev

Politics at play for Djokovic after thumping by mighty Medvedev