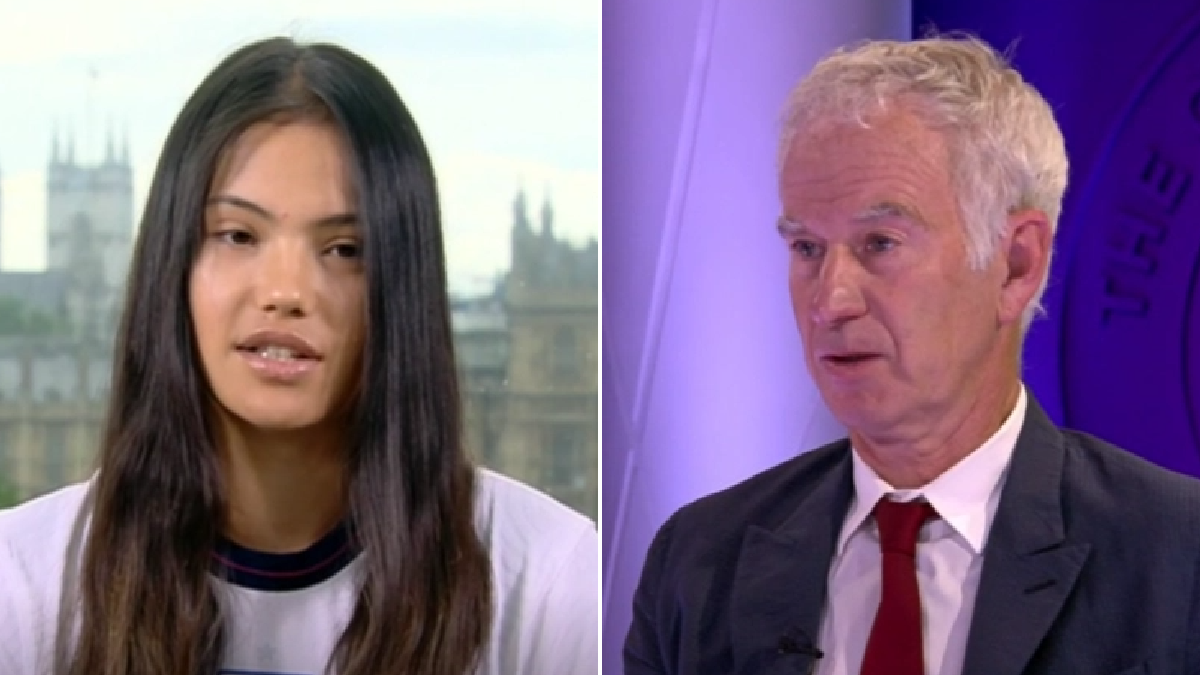 McEnroe, who won seven Grand Slams and three Wimbledon titles, claimed the occasion ‘got too much’ for Raducanu after she withdrew from her fourth-round match with Ajla Tomljanovic.

British wildcard Raducanu had enjoyed a sensational first week at the All England Club, winning her first three matches in straight sets to announce herself as a leading player and potential star of the future.

There were high hopes that the 18-year-old could progress to the quarter-finals but she retired from her clash with Tomljanovic after suffering ‘breathing difficulties’.

Raducanu was trailing 4-6 0-3 when she received medical assistance and then pulled out, and McEnroe felt the teenager was overwhelmed by the occasion.

His comments, made just moments after Raducanu retired, drew criticism on social media but McEnroe insists he ‘felt he said the right thing’.

Speaking on BBC Radio 5 Live’s 6-Love-6 show, McEnroe said: ‘What I said was exactly what I felt.

‘I actually felt that I said the right thing. Some people disagreed with it. Didn’t she say the occasion got to her?’

Former Wimbledon champion Marion Bartoli added: ‘The women’s game is different because we are a lot more emotional, that’s normal. We feel situations in different ways, we are just different.

‘For her, she gets so excited. Getting into the second week of Wimbledon was a huge deal for her, she was on the front page of every newspaper in the country.

‘She was rightly very excited and probably the accumulation of everything, the fatigue, the press, it got too much for her.

‘Gosh, she is only 18, it will be a great learning experience for her. Only she knows the exact reason she felt that way. It’s very difficult to make assumptions from the outside but she has been a great story of this tournament.’