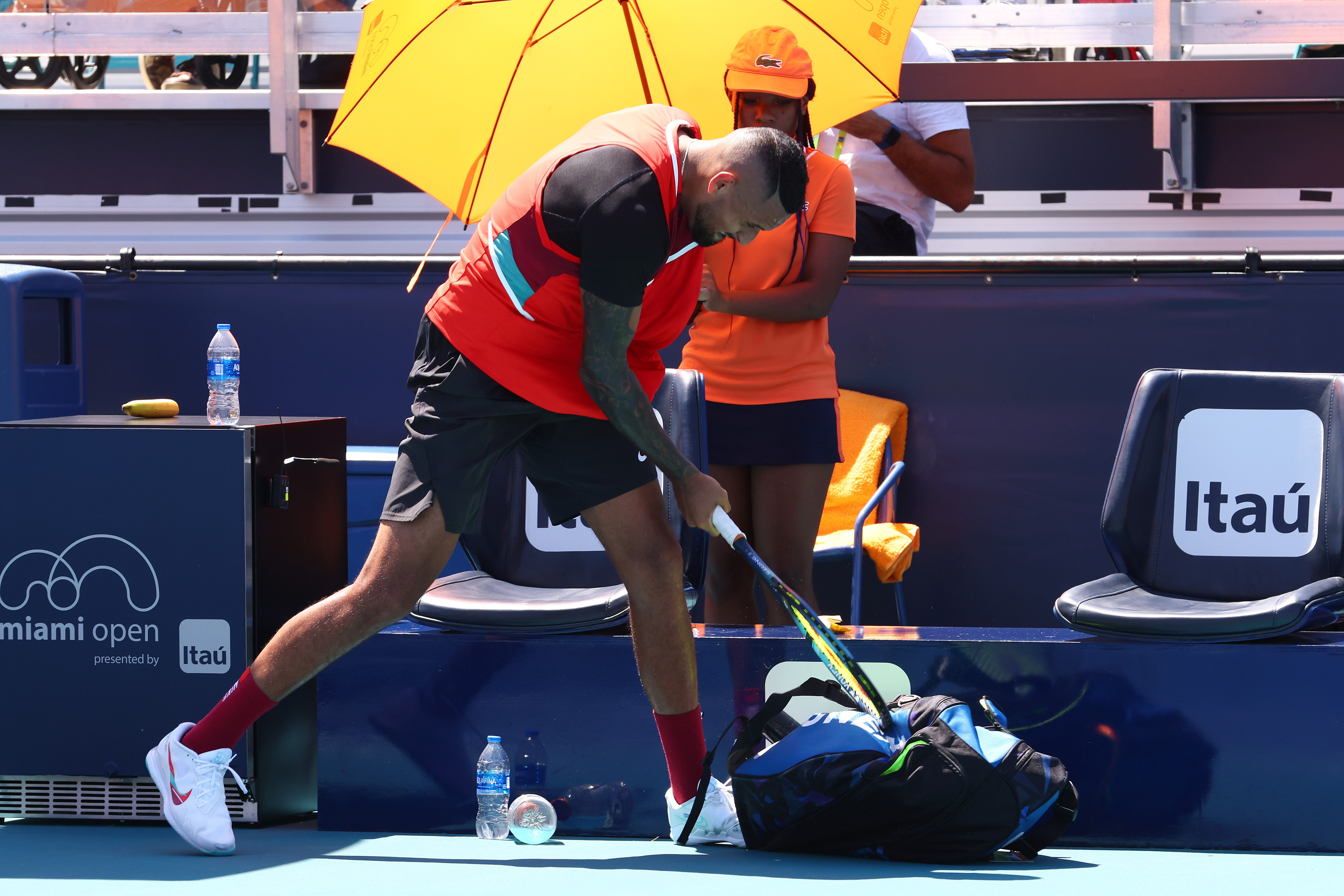 Nick Kyrgios has been handed a $35,000 (£26,644) fine for his unruly behaviour at the Miami Open that saw him shout abuse at an umpire and smash his racket.

The Australian suffered a 7-6, 6-3 defeat to Jannik Sinner to crash out in the fourth round and lost his cool at an umpire over a number of things, including the volume of his walkie-talkie.

The ATP announced on Thursday Kyrgios had been fined $5,000 for audible obscenity, $10,000 for unsportsmanlike conduct and $20,000 for verbal abuse.

Kyrgios made his feelings known to umpire Carlos Bernardes throughout as he also moaned about the surface.

‘Unbelievable!’ he shouted in the first set during a change of ends. ‘Miami – one of the biggest tournaments – and you guys can’t do your jobs. It’s embarrassing!

‘He should be fired on the spot. Get a new set of referees, these guys don’t know how to do s***. It’s a joke.

‘Get rid of every single staff and start over. Everything. I will run the sport.

‘I could do 100 times a better job. Marketing. Everything. You guys have no idea. None. You guys can’t even ref right.’

After falling behind in the tie-break, the 26-year-old proceeded to smash his racket into the ground which resulted in him being docked a point before double faulting and gifting the first set to Sinner.

Kyrgios wasn’t backing down in his behaviour towards the umpire in the aftermath either.

‘He’s not even going to get a slap on the wrist for his dreadful umpiring performance today. Like, he was horrendous,’ said the 26-year-old.

BORIS BECKER: Djokovic showed why he is such an extraordinary player