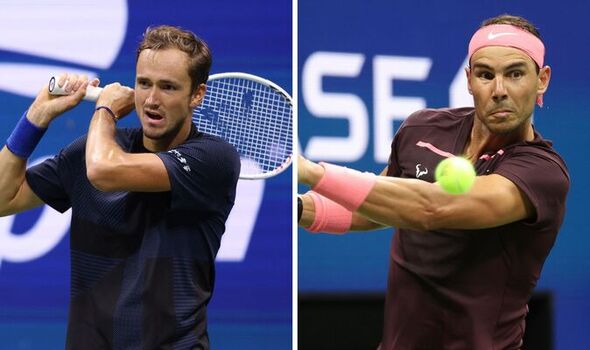 Daniil Medvedev has admitted that Rafael Nadal is a “big figure” at the US Open, as he attempts to defend his maiden Grand Slam title victory from a year ago. The world No 1 could meet the Spaniard in the final and admitted that it would be tough to stop Nadal’s streak at the Majors this season.

Medvedev is yet to drop a set in his first defence of a Grand Slam title, and takes on world No 174 Wu Yibing in the third round on Friday night. As well as his first Major as a reigning champion, he also came into a Grand Slam as the world No 1 for the first time after being banned from Wimbledon after regaining the top ranking.

On paper, the 26-year-old should be the heavy favourite for the title but he has now shared his fears over Nadal, tipping the Spaniard to be one of the big contenders this fortnight. “Look, I don’t want to put pressure on anybody, but I think Rafa is a big favourite also,” last year’s winner said when asked whether he was the favourite.

“He won the last time he played here against me actually. He won two Slams this year. He actually didn’t lose in a Grand Slam this year. He retired [at Wimbledon], which is not the same.” While the top seed knew that Nadal could ruin his chances of holding onto his title, he tried to avoid dubbing him the “favourite”.

JUST IN: Cameron Norrie cruisis into US Open third round after Joao Sousa win 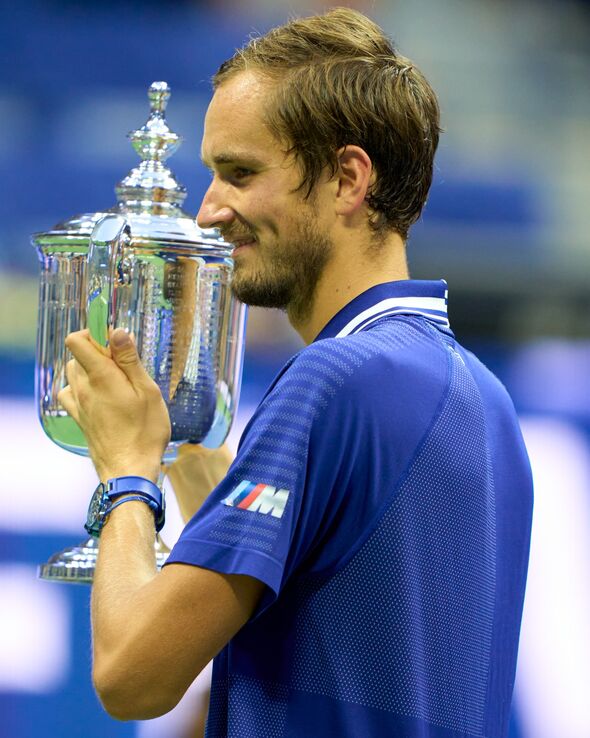 Medvedev continued: “In my opinion Rafa is big, let’s call it like this. I don’t want to say favourite, big favourite. He’s definitely a big figure in this tournament.” And the Russian was still taking confidence as one of the contenders despite hailing Nadal’s chances.

“Then for sure there are many other good guys. I’m happy to see my name sometimes in the odds or something like this because I’m like, ‘that’s great’,” he added. “That means that I play some good tennis. Being amongst the favourites just brings me more motivation to try to do well.” 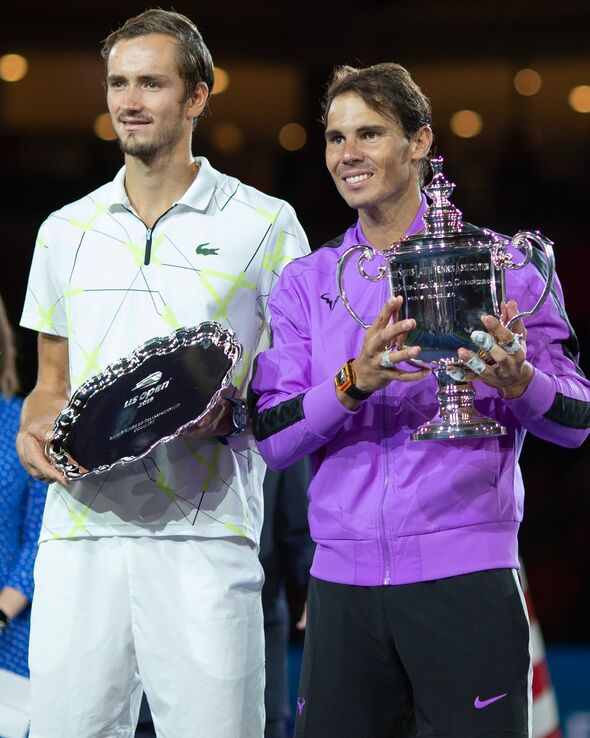 Nadal is yet to lose a match at Grand Slams this season, becoming the first man in history to win a 21st Major title at the Australian Open back in January, coming from two-sets-down against Medvedev to win just his second trophy in Melbourne. And he extended his record to a 22nd title at the French Open, in what was also his 14th crown in Paris.

After pulling out ahead of his Wimbledon semi-final, the world No 3 kept his undefeated streak up at Majors despite not picking up the title, and he extended his winning record once more by defeating Rinky Hijikata from a set down in the opening round of the US Open.