Roger Federer will wave goodbye to professional tennis this weekend a full 20 years after his wife was forced to walk away from the sport. Mirka Federer, 44, was a top-100 player who had appeared in the third round of the US Open, as well as the Olympics, before a persistent foot injury forced her into early retirement in 2002.

By that point, her and the 20-time Grand Slam champion were aquainted, having met at the 2000 Summer Games in Athens. Mirka finished with a career high ranking of No 76, and did in fact compete with her then boyfriend in a doubles match at the Hopman Cup before her injury woes worsened.

The pair eventually married in 2009, Wenkenhof Villa in Riehen near Basel. And despite Roger’s superstar status having long been cemented by then, the wedding was anything but lavish, with the pair opting for a private service with family and close friends.

Mirka, who moved to Switzerland aged two having been born in Czechoslavakia, was already pregnant when the two tied the knot. And she’s been kept extremely busy since, giving birth to identical twin girls, Myla and Charlene, later that year before the pair has another set of twins in 2014, identical boys Leo and Lenny.

JUST IN: Emma Raducanu puts slide down to ‘payback’ for US Open success and explains new plan 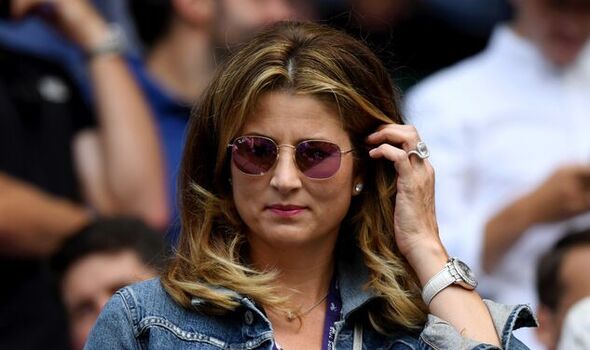 But whilst Mirka has often shied away from the limelight that being married to an all-time great inevitably brings, her face is still a very recognisable one in tennis circles. She is regularly featured by television cameras supporting her partner at Grand Slam events – and is happy to bring the children along too.

In fact, back in 2017, when Federer beat Marin Cilic to claim his seventh and final Wimbledon crown, Mirka and both sets of twins were left celebrating in the stands. This year, there’s been a further addition to the family, with Roger revealing in an Instagram post the family now has a dog called Willow: “We gave in…But we couldn’t be happier,” he said.

DON’T MISS:
Carlos Alcaraz bites back at Roger Federer question – ‘Why do you ask me this?’
Emma Raducanu on taking inspiration from Tottenham’s Son Heung-min as she outlines targets
Daniil Medvedev ‘not crying’ over losing world No 1 spot to Carlos Alcaraz 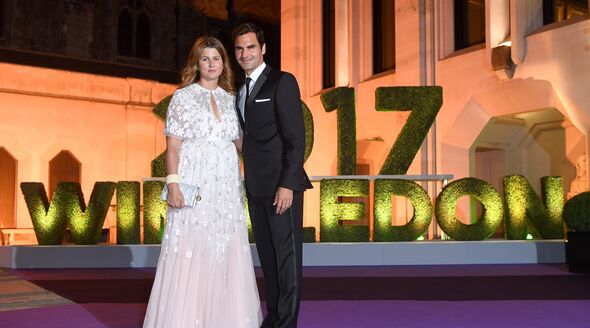 Mirka has also been actively involved in the Roger Federer Foundation, a charity designed to help under-privileged children. Through the Foundation, the couple have donated more £870,000 towards education in Africa, and in 2020 gave out a similar amount to Swiss families impacted by Covic-19.

In his retirement statement last week, the former world No 1 paid tribute to the support of his wife, saying: “She has warmed me up before finals, watched countless matches even while over 8-months pregnant and has endured my goofy side on the road with my team for over 20 years.”