Andy Murray gave a positive assessment of his week in Rome after losing in the second round of the Italian Open doubles with Liam Broady.

The British pair were late alternates and pulled off a comeback win over Australian duo Max Purcell and Luke Saville in round one before going down 6-3 6-4 to eighth seeds Kevin Krawietz and Horia Tecau.

Murray travelled to Rome primarily to practise with some of the world’s top players after recovering from a groin problem suffered in his sleep ahead of the Miami Open in March. 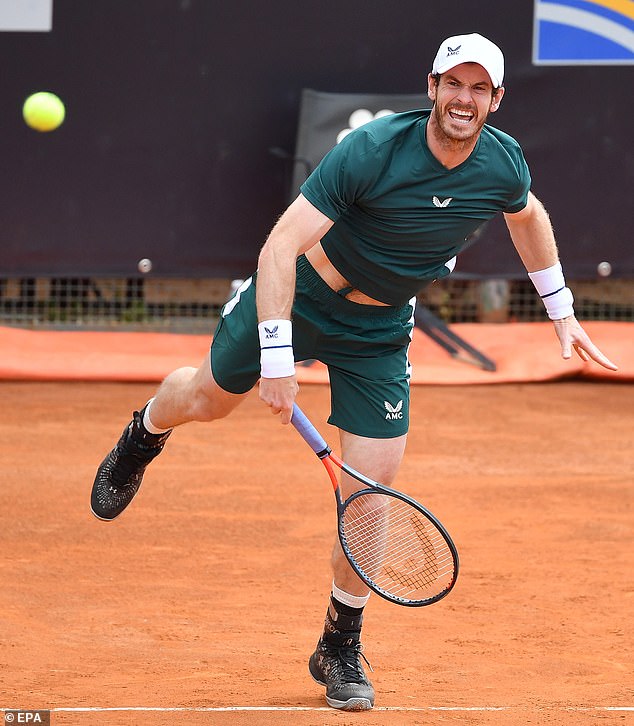 The Scot said: ‘It was good to get a couple of matches for both of us after Liam didn’t get into qualifying here and then obviously I was here practising but I knew as the week went on it was going to be a little bit harder to get match practice because most of the guys who lost would have been leaving.’

Murray’s practise partners have included world number one Novak Djokovic, and he was happy to learn more about where his level is ahead of an expected singles return in either Geneva or Lyon next week.

‘Practise has been good,’ said the Scot, who is also waiting to find out whether he will be given a French Open wild card.

‘Today didn’t feel that great on the court, I didn’t play that well in comparison to yesterday. The other guys served well, which made it difficult. 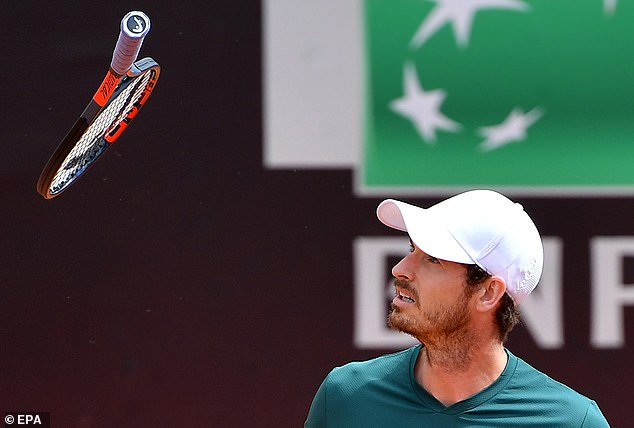 ‘But it was good to feel what it was like in match conditions again after quite a long period for me.

‘I got four practises with top-20 players, which is good. If we hadn’t got into the doubles I maybe would have got one more before heading off but I got a couple of matches instead.

‘It was positive, I’m happy I came over here, learned a bit about my game and where I’m at.

‘It’s totally different training conditions over here and being around the tournament like this than it is at home so (I’m) glad we came to do it.

‘I did pretty well physically for the first points and practise sets at this level for a long time. I was happy with that and hopefully will keep building the next few weeks.’

Broady has been the form British player of the season so far along with Dan Evans and Cameron Norrie, climbing to a career high of 145 in the world rankings.

The 27-year-old said: ‘It was a pleasure, it was good fun. After the match yesterday, it meant a lot more to me than I thought it would.

‘Obviously I’d prefer to play singles but, to have won a doubles match at the Rome Masters and to have done it with Andy, it was quite a nice feeling.

‘We obviously would have liked to have done better than we did after getting rolled today but that’s the way sport is sometimes.’

Kyrgios panned for ‘zero due diligence’ on big topic